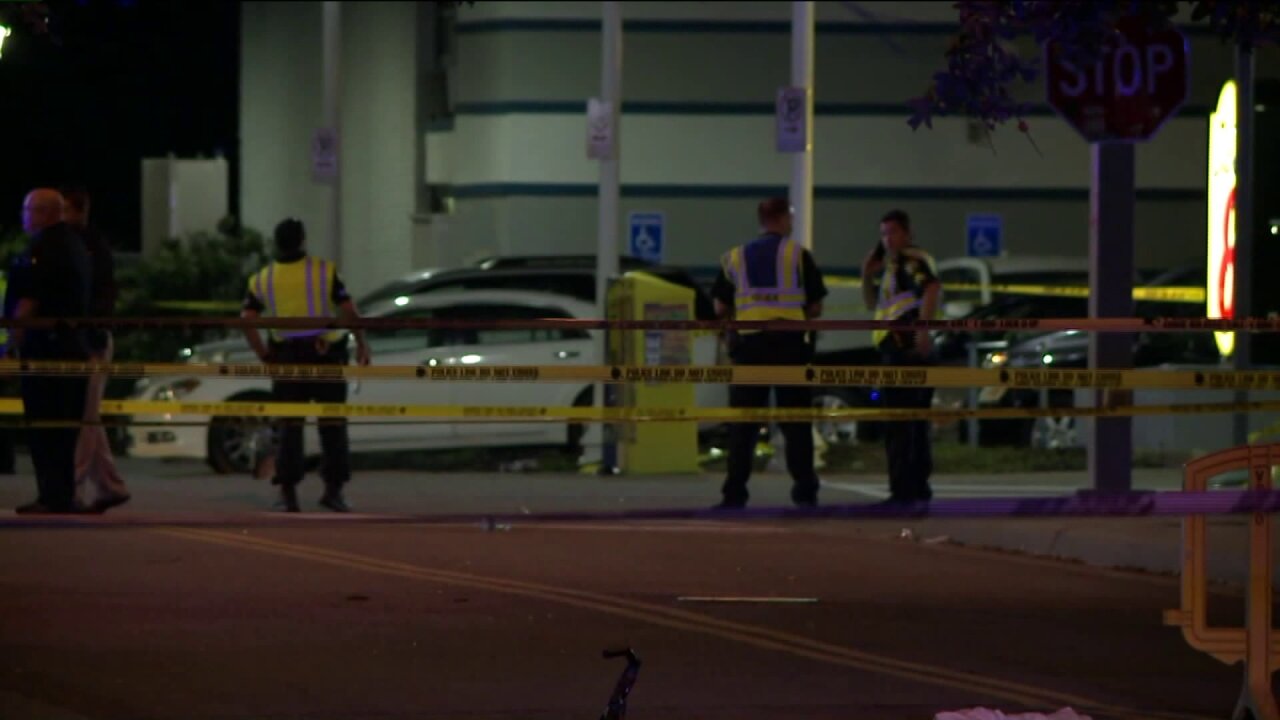 VIRGINIA BEACH, Va. – A memo from the Virginia Beach Police Chief of Police to the city manager says there were 578 calls for service to the Oceanfront during College Beach Weekend.

Several of the calls for service involved very large crowds of people, running, screaming and seeking the police officers to engage them.

Chief James Cervera noted that officers remained disciplined and monitored the crowds, managing the flow of the pedestrians to open spaces as best possible, but the activities appeared to be orchestrated as many of the crowd verbally encouraged the officers to ‘chase’ the crowd.

In addition to a shooting involving four people and stabbing on Saturday, the memo stated that two officers were assaulted while making arrests on Friday night. Neither officer required hospitalization.

Officers also responded to a large fight at the Days Inn on Saturday and a report of a suspect shooting a gun four times into the air, but fortunately, no one was injured.

There were also many observations of people openly carrying handguns.

President of the Virginia Beach Benevolent Association, Brian Luciano, says manpower is an issue in these types of situations. If an officer makes a physical arrest, it takes him or her off of the street for at least two hours.

“You’re policing through triage, you’re out there and you have to pick the violation that is most important that you need to deal with at that time,” he says. “You think can I salvage it with a warning, can I issue a summons, or do I have to make a physical arrest and that’s unfortunate because that violator may be a violator later in the evening.”

The memo states that police brought in additional resources and programs including student ambassadors, members from various college communities, the Department of Justice and the Human Rights Commission to monitor our enforcement activities.

In addition, each precinct identified a team of one supervisor and six officers who would respond to the oceanfront, if needed. On Saturday night, three teams were deployed and evening shift officers in every precinct were held over until 2:00 a.m. on Sunday.

Police believe this was the largest crowd brought into the resort area due to College Beach Weekend activities.

Luciano feels something needs to be done before next year. Thousands of people also signed a Change.org petition calling on College Beach Weekend to end.

In a statement, the City Manager, Dave Hansen, said:

“Understandably, residents are expressing concerns about what this one unsanctioned event is doing to the reputation and physical appearance of our great city. While we assess the weekend and what actions to take moving forward, it is critically important that we not allow one weekend to take away from what Virginia Beach is: a safe, clean and beautiful place where families live and visit.”

Hansen also added that the vast majority of the more than 40,000 young people who came this weekend were in the city to just have a good time.

He also said it was disheartening to see the amount of destruction on the boardwalk, from overturned trash cans to trampled landscaping.

Public Works crews worked to restore the boardwalk and beaches by removing the discarded trash and expected to have things restored by the end of Monday.

Below are statistics gathered from the weekend: