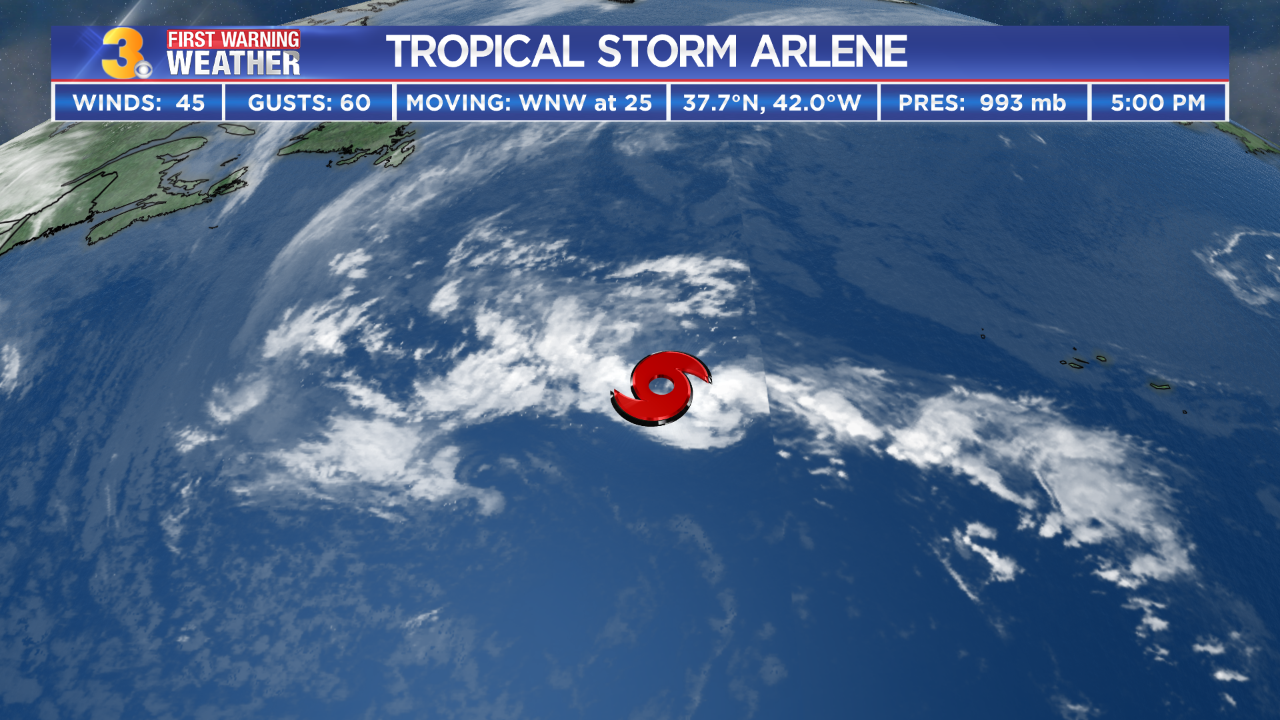 As of 5 p.m., the storm is located about 815 miles west of the Azores and moving west-northwest at 25 mph. It does not pose any threat to land.

The storm is expected to dissipate Friday.

Watching the tropics… in April!