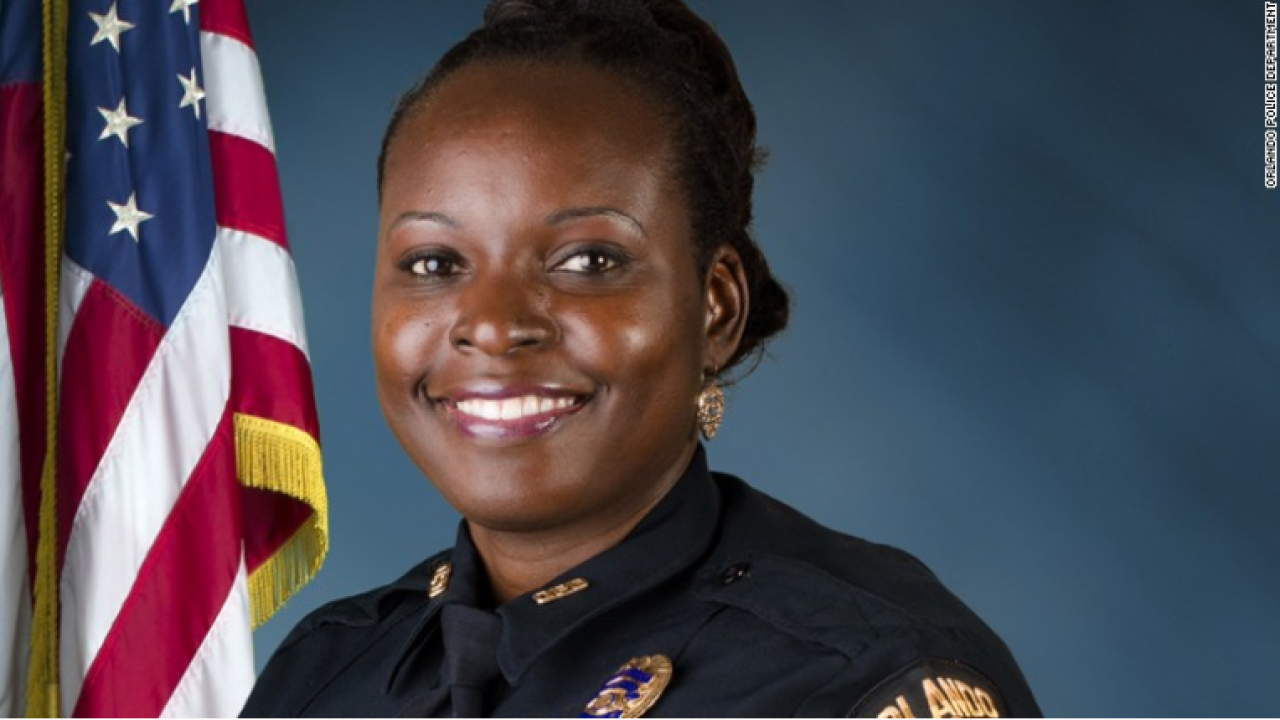 After 34 days on the run a man accused of killing his pregnant ex-girlfriend and an Orlando police officer has been captured, officials said Tuesday night.

Markeith Loyd is suspected of shooting Sade Dixon on December 13, 2016, and police Lt. Debra Clayton outside a Walmart on January 9.

Dressed in body armor and carrying two handguns, Loyd tried to flee out a back door and then the front. Police used force when he resisted arrest and leading to “minor” facial injuries, Mina said.

In video of his arrest, Loyd’s face appears to be swollen and bruised.

Loyd was placed in Clayton’s handcuffs during his arrest, a customary practice, Mina said.

“To put her handcuffs on the bad guy that she was trying to catch when she was killed … it’s meaningful,” Mina said. “It’s something that we wanted to do for the family and for the law enforcement community.”

‘A sigh of relief’

The arrest was bittersweet, Demmings said, coming the day after Clayton’s funeral.

Someone at the store had contacted Clayton and told her Loyd was in the area, police said at the time. Loyd allegedly shot Clayton when she tried to approach him.

Loyd will be charged with two counts of murder later Tuesday for the deaths of Dixon and Clayon, Orange County Sheriff Jerry Demings said.

He also faces charges of attempted murder and aggravated assault for injuries Dixon’s family sustained in the alleged encounter.

“This community has been emotionally impacted by the set of events during the last week. So I believe that our entire community is going to breathe a sigh of relief at this point because, they will sleep better knowing tonight that … this maniac …. is off the streets of our community.”

Three people have been arrested so far for helping Loyd evade capture, and more arrests are expected, Mina said.

Police arrested Lakensha Smith Loyd, one of Loyd’s nieces, on January 11. Orange County deputies said in an arrest affidavit that she contacted people on behalf of her uncle after Dixon’s death. She indicated she was in contact with him after the shooting, the affidavit said.

She allegedly went to a restaurant where her uncle worked to pick up $200 as Loyd tried to avoid arrest.

Jameis Slaughter, Loyd’s ex-girlfriend, is accused of being an accessory after the fact. Authorities said she collected money for Loyd and lied to police about her communication with the suspect.

Slaughter said Loyd told her police would have to kill him because he wasn’t going back to prison, according to an affidavit from the Orange County Sheriff’s Office.

Authorities said the car of Jamesia Slaughter, Jameis’s twin sister, was seen near the Walmart 90 minutes after Clayton was killed.

Clayton was a master sergeant in the police department at the time of her killing; she was posthumously promoted to lieutenant.

We've got him! Markeith Loyd in OPD ICustody. Details to come. Media: stand by for details on press conference. pic.twitter.com/SVjFUEvNak