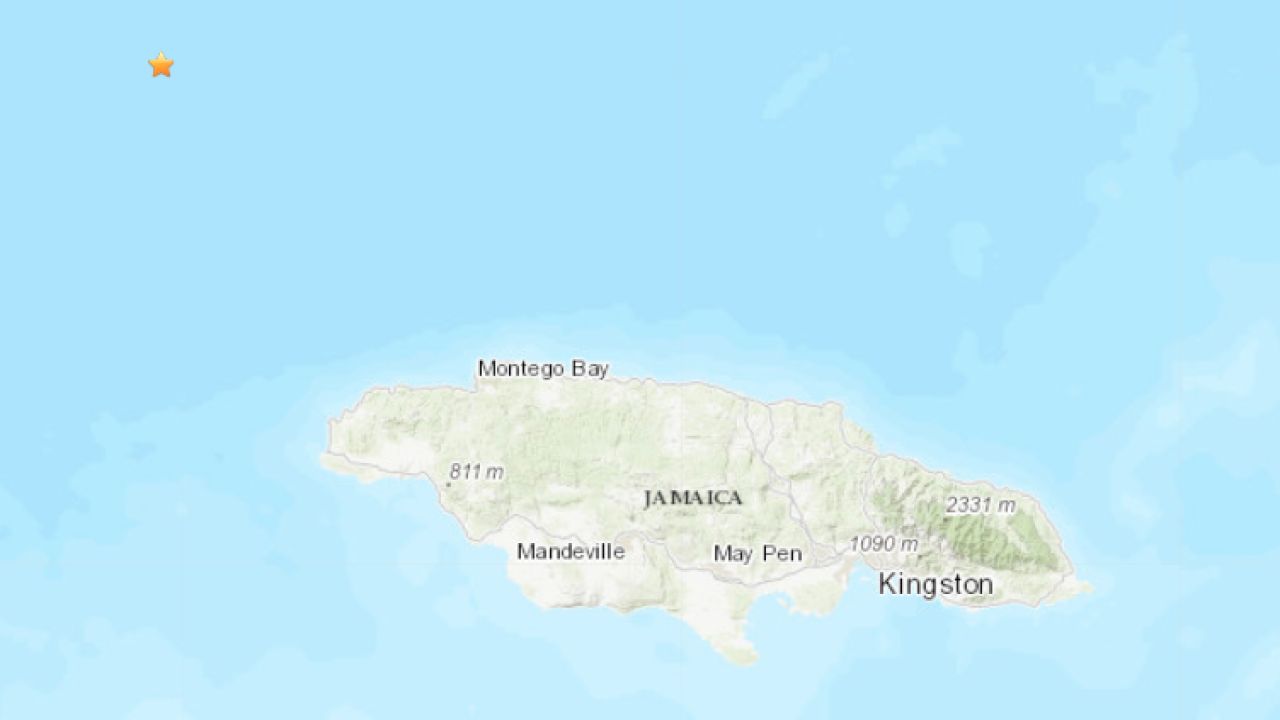 LUCEA, Jamaica – A 7.7 magnitude earthquake hit off the island of Jamaica on Tuesday.

The weather service said there is a threat of tsunami waves reaching 0.3 to 1 meter (about 1 to 3 feet) above tide level for the coasts of Jamaica, Belize, Cuba, Honduras, Mexico and the Cayman Islands.

An earthquake of this scale is categorized as a major quake and can cause serious damage.

As of 2:36 p.m. ET, 157 people have reported that they felt the earthquake, according to the United States Geological Survey.

The quake could be felt strongly in Santiago, the largest far-eastern Cuban city.

The seismic activity had a depth of about 6.2 miles.

There were also several smaller quakes reported in and near Puerto Rico on Tuesday.

This developing story was originally published by Aliza Chasan at WPIX.