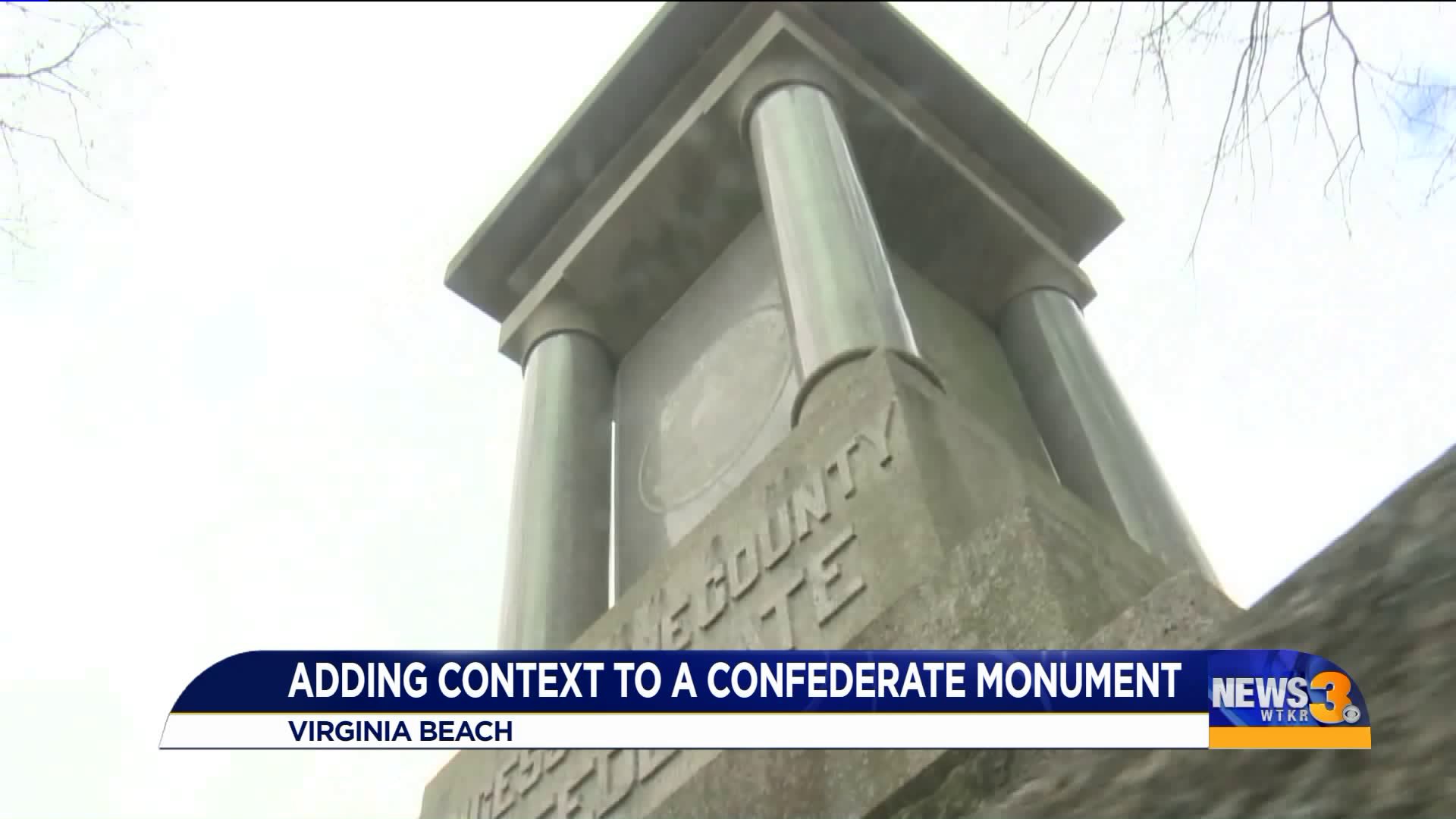 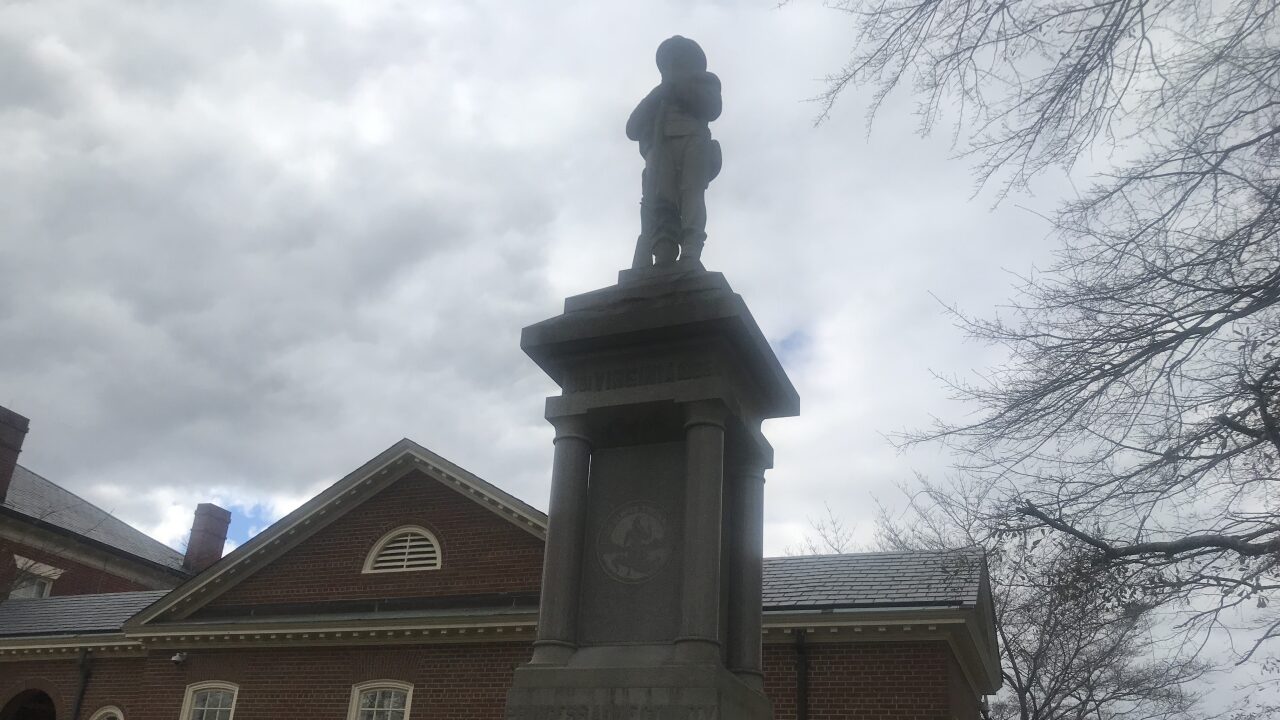 VIRGINIA BEACH, Va. - The Historic Preservation Commission believes the city's Confederate monument should remain where it is, but add more context to its history.

The Commission presented its recommendations to city council on Tuesday following a more than two-year effort to help determine the future of the monument.

"They wanted to keep it up and bring context to it as painful as it is to some," said Jimmy Wood, the Commission's Chair and son of Vice Mayor Jim Wood. "It's a tool for the future to learn from the mistakes of the past."

City council directed the Commission to come up with ideas for the monument following a peaceful demonstration at the monument and the violent incident in Charlottesville in 2017.

They say with signs added to help explain the history, the monument should remain.

"We need to tell the whole story of Princess Anne County and the role that statue plays in our history," said Wood.

In the future, the Commission recommends the city consider creating a park near the monument. They think the park should pay tribute to African American heritage. They also recommend the city look into building a history museum.

"It's a hard story to tell: The good, the bad, the ugly of the Confederate monument and what it means to different groups," said Wood.

Other Hampton Roads cities are trying to figure out how to handle their monuments. Norfolk wants to move its monument out of downtown to a cemetery. Right now, that's illegal under state law, but legislation in the General Assembly could allow them to do that.

"We really need to address this and giving localities the authority to decide these monuments' futures is a big step forward," said Attorney General Mark Herring in an interview with News 3 earlier this month.

Virginia Beach's monument is different than Norfolk's or Portsmouth's as it's not in the center of downtown or in a spot with much foot traffic.

"In Virginia Beach, we don't have that. Our recommendation is to put a history park or a really kind of a spiritual park where people can come together and understand our history, heal from our history and learn about our history," said Wood.

City council will take the recommendations and decide on next steps.