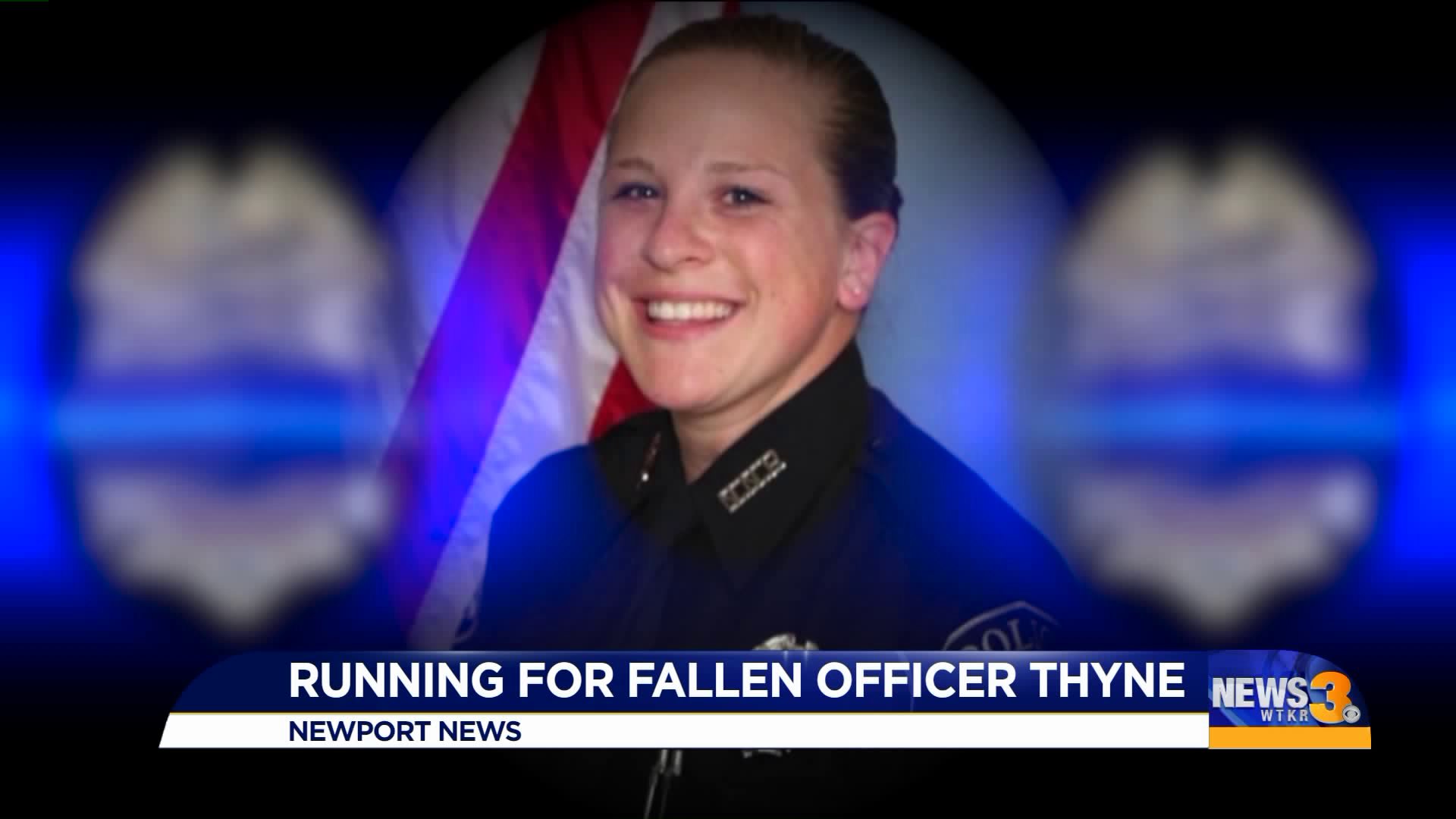 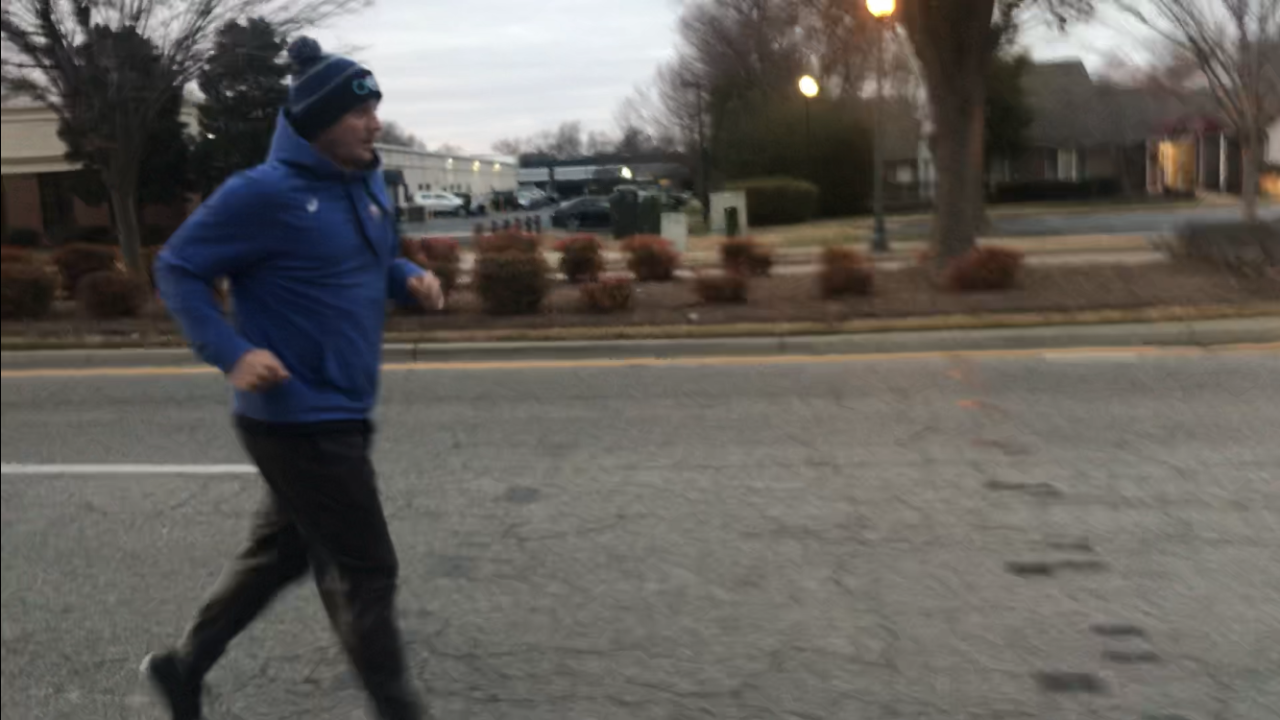 NEWPORT NEWS, Va. -- As a local community mourns the tragic death of Newport News Police Officer Katie Thyne, a group of runners are expected to run on Wednesday in her memory.

It was an idea that started out as an idea and a Facebook post by Jason Todd, an avid runner and president of Flat Out Events.

“Over the weekend, I was kind of processing that. I was thinking, 'How can we show our support to her family and to our police officers in the city?'" said Todd, who organized the run. "I didn’t expect it to share like it has; it’s shared over 150 or so times. Different groups have gotten a hold of it.”

Todd holds weekly group runs he says averages around 30 to 50 people. They meet at Tradition Brewing in Newport News' City Center. With the recent death of Thyne, he turned this week's run as a memorial to keep Thyne's memory alive.

"This is where we turn when we needed relief, when we’re stressed, to help us get through a day sometimes," Todd said.

Newport News Police officers are also expected to turn out, with some planning to run in their uniforms, according to Todd. One participant will be Master Police Officer Jeff Wright.

"She always laughed. She would do anything you asked her to do. If you joked with her, she was quick with a comeback," Wright said, as he recalled her demeanor.

Wright worked with Thyne and said she made a name for herself even before she started the police academy. He said she visited the K9 unit, to which Wright is assigned, a few times.

"It was definitely something I knew right away that I was going to bring my kid to and that we were going to do," Wright said.

Both said that while Wednesday's event is called a "run" and said while participants are encouraged to run, participants can take it slow or walk. Wright said that because of his knees, he will be "slothing" the run, "as I like to call it.”

“It’s all for the purpose of keeping the honor going," Wright said.

As for how many people will show up Wednesday evening, "it won’t surprise me if we have a huge turnout," Todd said. "I think it’s going to be pretty powerful to come out and show that support."

The run is free and signing up is not required; people can simply show up. The course is three miles and participants will meet at Tradition Brewing located at 700 Thimble Shoals Blvd. in Newport News. The event starts at 6 p.m. Participants are encouraged to arrive early and park at nearby parking garages.

Todd said there will also be computers on site in case anyone would like to donate money to a fundraiser set up by the Newport News Police Foundation to benefit Thyne's family and her daughter, Raegan.

Tradition Brewing management said they will offer discounted beverages and food to participants. The brewing company also said it is planning a fundraiser in support of Thyne's family. The brewery said it will provide those details to News 3 once those plans are finalized.