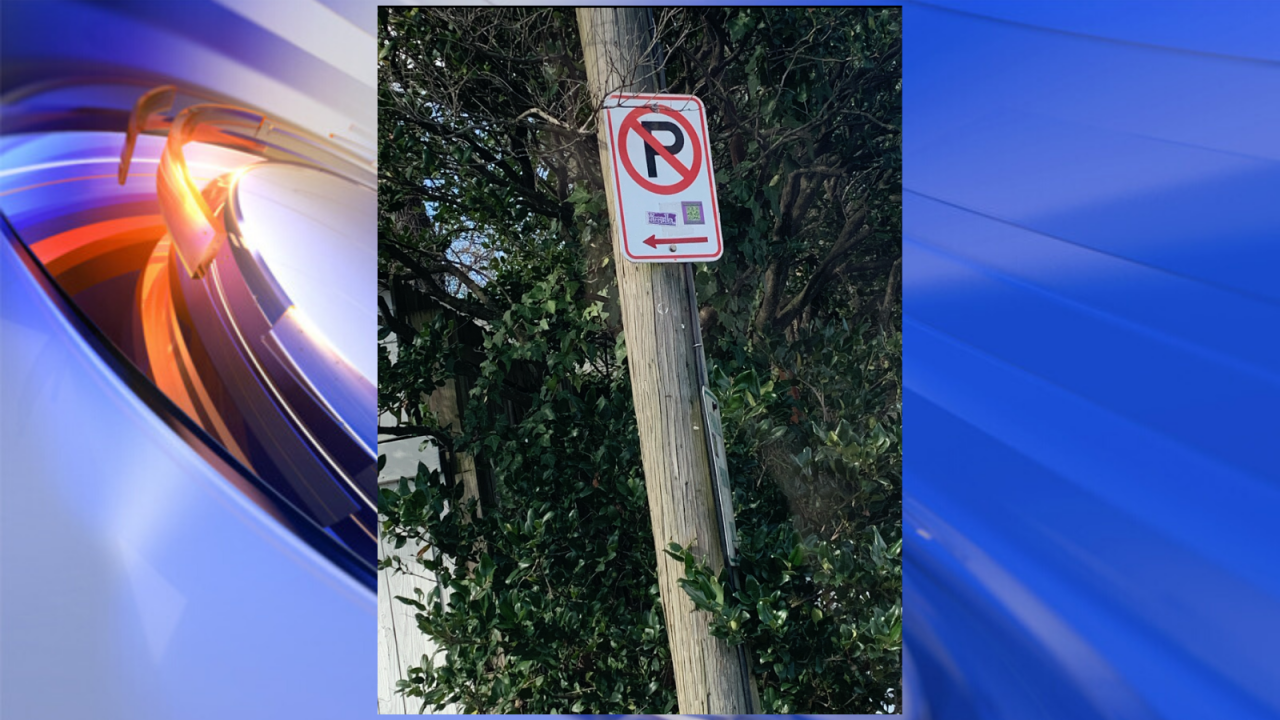 NORFOLK, Va. – The Norfolk Police Department is investigating after several stickers tied to a hate group were found in the Ghent section of Norfolk.

On Tuesday, January 21, Norfolk Police were alerted to the posting of several QR code stickers in the 21st Street corridor of Norfolk.

Officers immediately responded to the area and began to identify where the stickers were located. At least 40 of the stickers were found on stop signs, No Parking signs and pedestrian walk signs, according to police.

Upon further investigation, it was revealed that when the sticker was scanned by a smartphone, the user would be directed to a New York-based blog for white supremacists and neo-Nazis.

Police worked with the Department of Public Works to remove the stickers. Officers also spoke with local businesses impacted by the stickers as to how they can assist law enforcement in stopping the spread of offensive speech.

“I don’t care if the sticker, on its face, isn’t offensive,” said Chief Larry D. Boone. “I want the citizens of Norfolk to know that if something or someone is spreading hate in our city, it will be dealt with swiftly and justly.”

While this incident is being investigated, police encourage community members to report any suspicious activity to law enforcement.

“We’ve all heard it: if you see something, say something,” Boone said. “Together we can send a clear message that hate has no place in Norfolk, Hampton Roads, or anywhere, for that matter.”

Police ask anyone with information to call the Norfolk Crime Line at 1-888-LOCK-U-UP or submit a tip through the P3Tips mobile app.