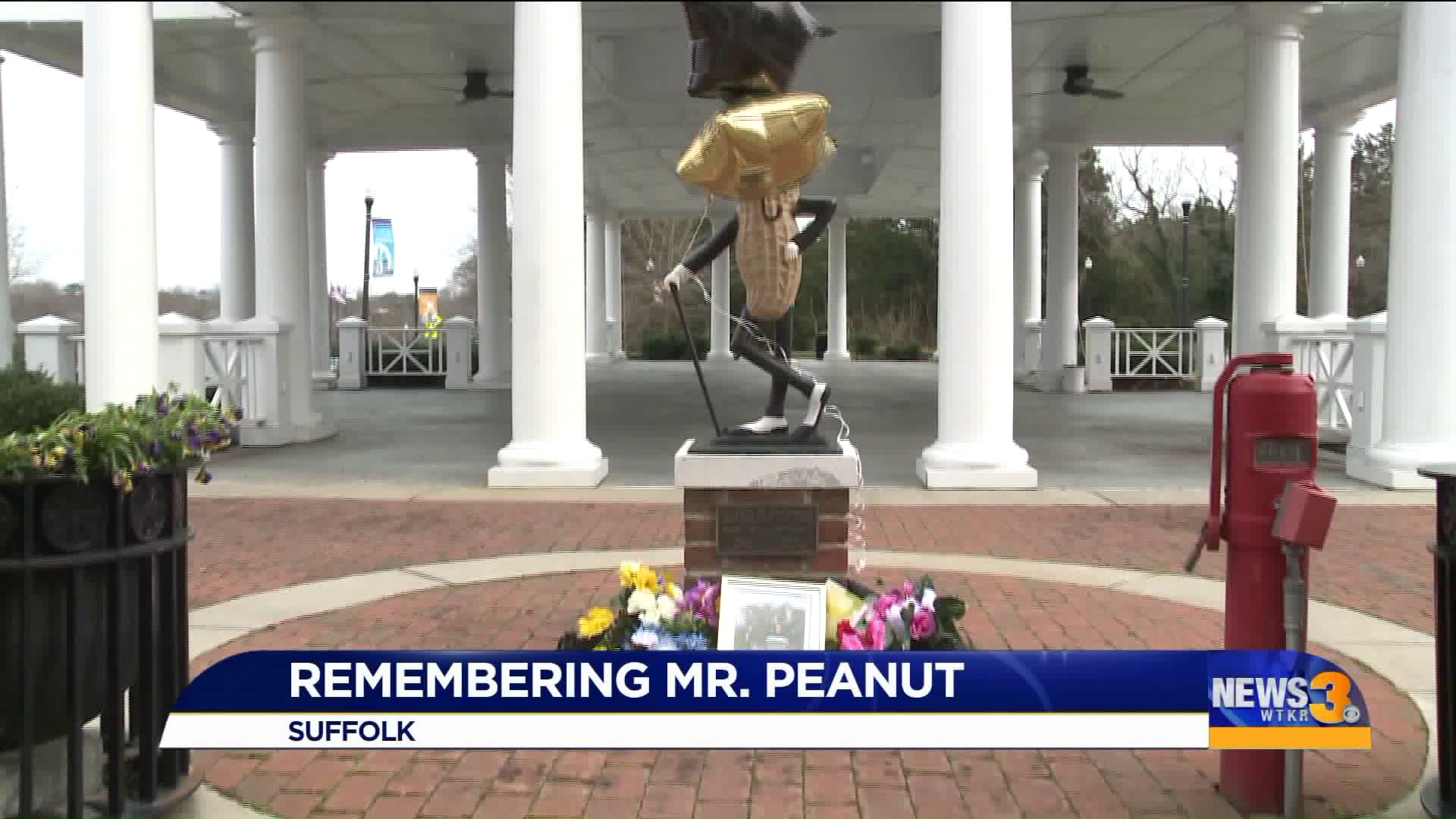 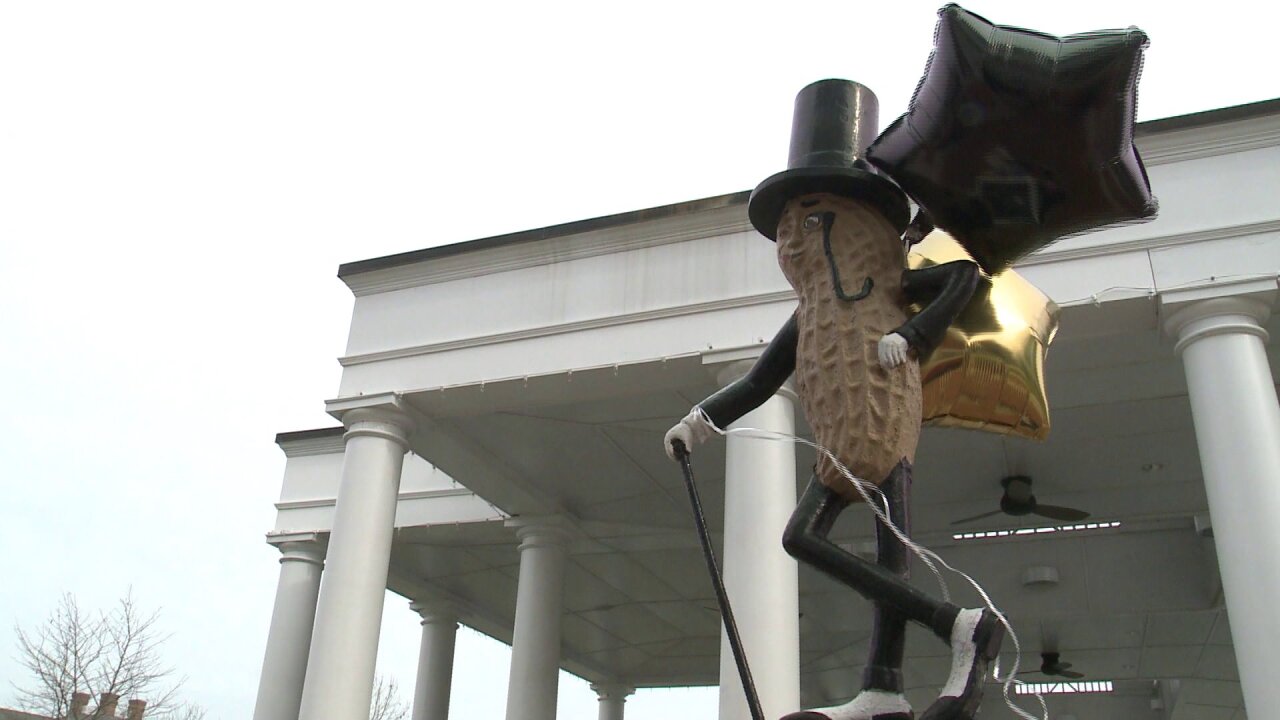 SUFFOLK, Va. - It's the end of an era as folks across the 757 are mourning the loss of a local legend.

His nutty and unexpected death was announced in a recent commercial. He sacrificed himself to save two others - actors Wesley Snipes and Matt Walsh - after they got into a Nutmobile accident.

A small memorial has grown outside the Suffolk Visitor Center. People want to pay respects to the tiny character in a top hat.

Not all heroes wear capes... some wear an adorable top hat 🎩

A look at the small memorial growing at the #Suffolk visitors center for the legend, #MrPeanut #RIPeanut https://t.co/gnQy37ADxS via @WTKR3 pic.twitter.com/Qo2bGZfBSe

Locals say they were just "nuts" for him.

"All great artists and musicians - once they pass, their work becomes more valuable and they become legends, so Mr. Peanut is just one more legend up there," said Theresa Earles, Tourism Development Manager for the City of Suffolk.

His funeral will be aired during the Super Bowl.