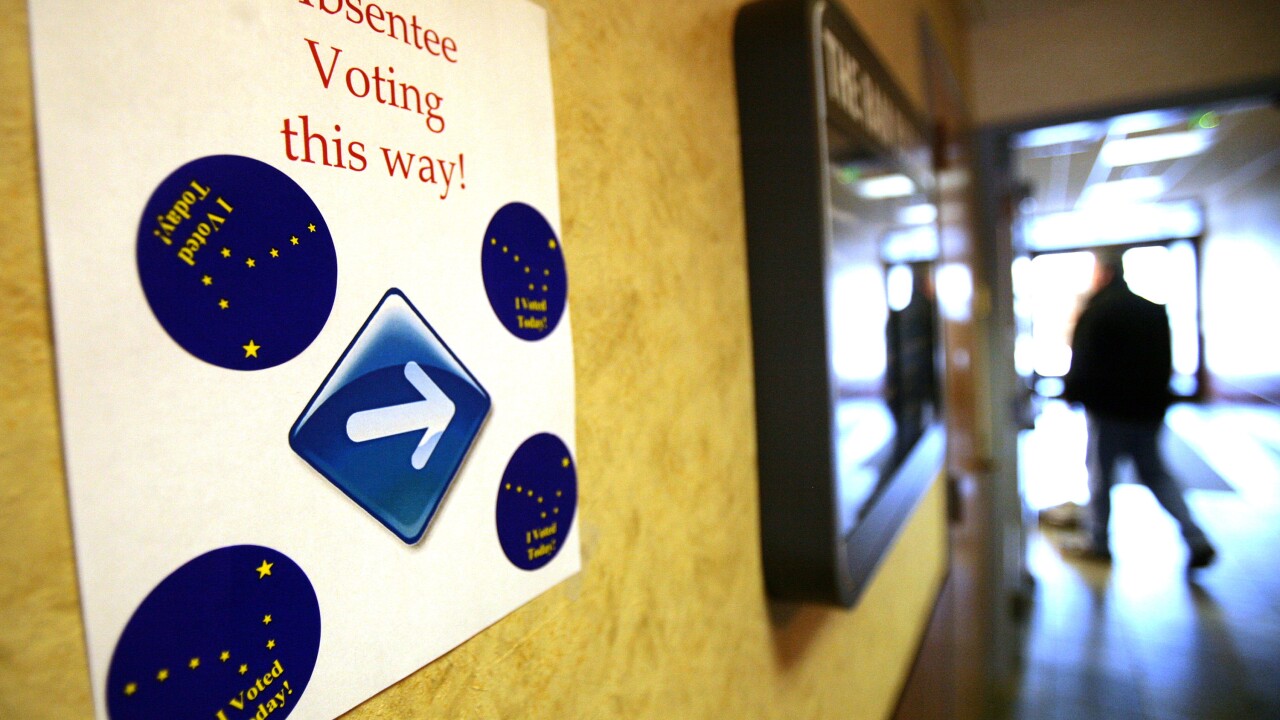 ANCHORAGE, AK – NOVEMBER 2: Voters turn out at an Absentee Voting Station in the RAM Building on Gambell Street November 2, 2010 in Anchorage, Alaska. Joe Miller, the Republican nominee and Tea Party-backed candidate, hopes to defeat a write-in campaign by Republican incumbent Lisa Murkowski, whom he defeated in the primary election, and Democratic candidate Scott McAdams. (Photo by Eric Engman/Getty Images)

A bill that potentially will allow no-excuse absentee voting has advanced in the Virginia State Senate.

Introduced by Sen. Janet D. Howell, Senate Bill 111, passed with a 31-9 vote on Monday. Sen. Jennifer McClellan, the co-patron on in the bill, tweeted after the vote.

Those who want to vote absentee must provide an excuse out of the 20 acceptable reasons. During Gov. Ralph Northam’s 2020 State of the Commonwealth address, he stated that making voting easier was one of his goals.

Northam wishes to end the requirement that says residents must tell the state why you need to vote early. He also believes Election Day should be a state holiday.

“Voting is a fundamental right,” said Governor Northam. “But in a state that once put up tremendous barriers to voting, too many people are still unable to participate meaningfully in our democracy. By making it easier—not harder—to vote, these proposals will ensure we are building a government that is truly representative of the people we serve. I look forward to working with the General Assembly to pass these important measures into law.”