Final preparations made, attendees informed before heading to Capital Square on ‘Lobby Day’ 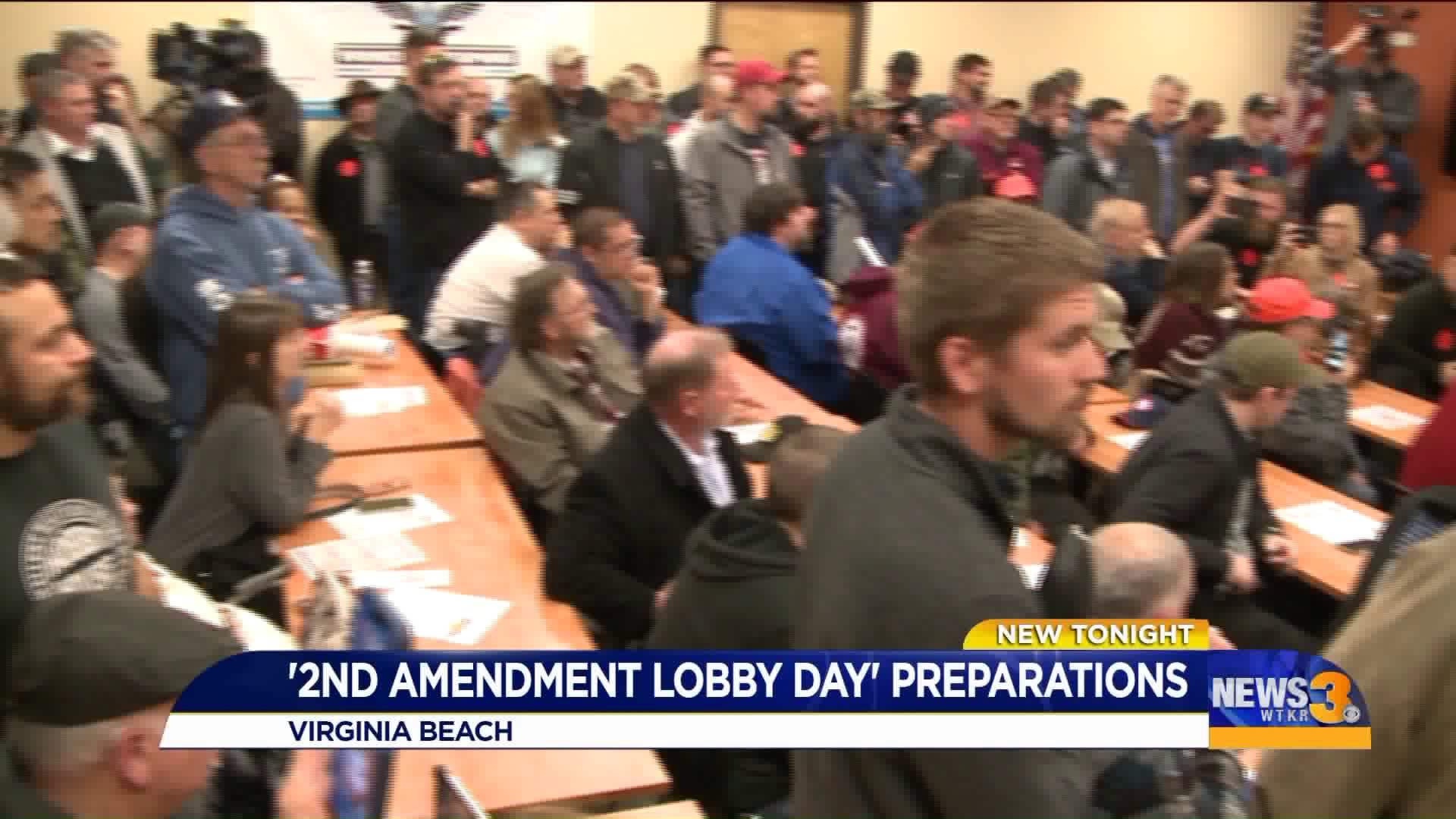 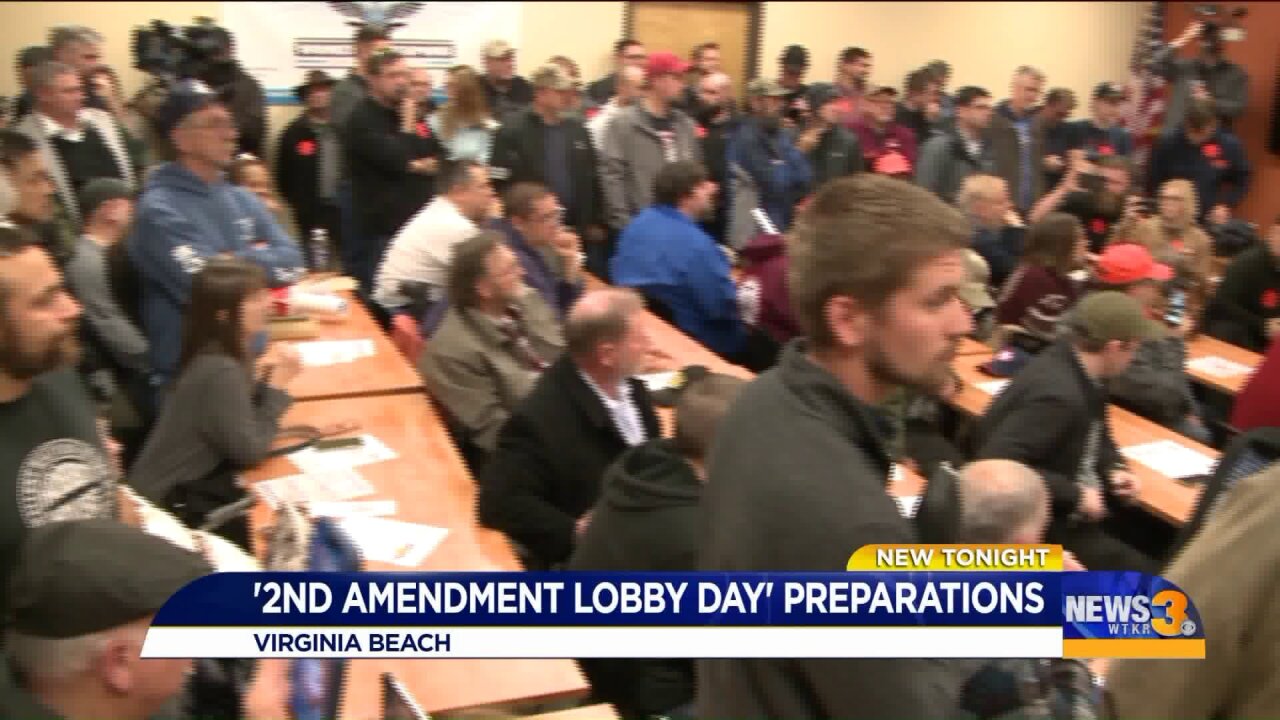 VIRGINIA BEACH, Va. -- A group scheduled to go to Capitol Square in Richmond made their final preparations on Friday before "Lobby Day" on Monday.

The group, the Virginia Citizens Defense League, held a special meeting at the Freedom Shooting Center to inform members of what to expect, as well as what is expected of them for "Lobby Day." The organization opposes the proposed gun legislation being discussed in the General Assembly.

Mooney is a VCDL executive member. He helped organize the meeting.

“We’ve been doing it for a fair number of times, and it’s always been a good, organized event," Mooney said. "This, obviously, because of the legislation proposed is a bigger event this time; however, we expect to be nice and peaceful.”

Mooney stressed information about extremism after several people with ties to extremist groups were arrested by the FBI.

"We do not tolerate extremism, ever. That is never okay," he said. "If I have any volunteers that even hinted that kind of stuff, they’re rejected immediately.”

Before the meeting started, attendees gathered at a shooting range to shoot a couple of guns. The smell of gun powder permeated the air, and shell casings bounced onto the floor after a gun was fired and laid there. The casings were swept up by a range employee.

David Seabolt was one of those whom attended the meeting and was at the range. He said he will travel to Richmond on Monday.

“It’s just a bunch of freedom and Americans coming out here and doing what us Americans are allowed to do," Seabolt said.

He added he wants to voice his opinion to lawmakers with other people on Monday. Seabolt said he lived with firearms since he was a child.

“Pretty much my whole life," Seabolt said. "About 10 years old when I started hunting, and ever since then I’ve been shooting.”

The VCDL rented several buses to transport people to Richmond. Buses will be start to depart on Sunday.

Meanwhile, the Virginia Coalition to Stop Gun Violence said it cancelled its "Day of Advocacy" on Monday because of the threat of violence in Richmond.