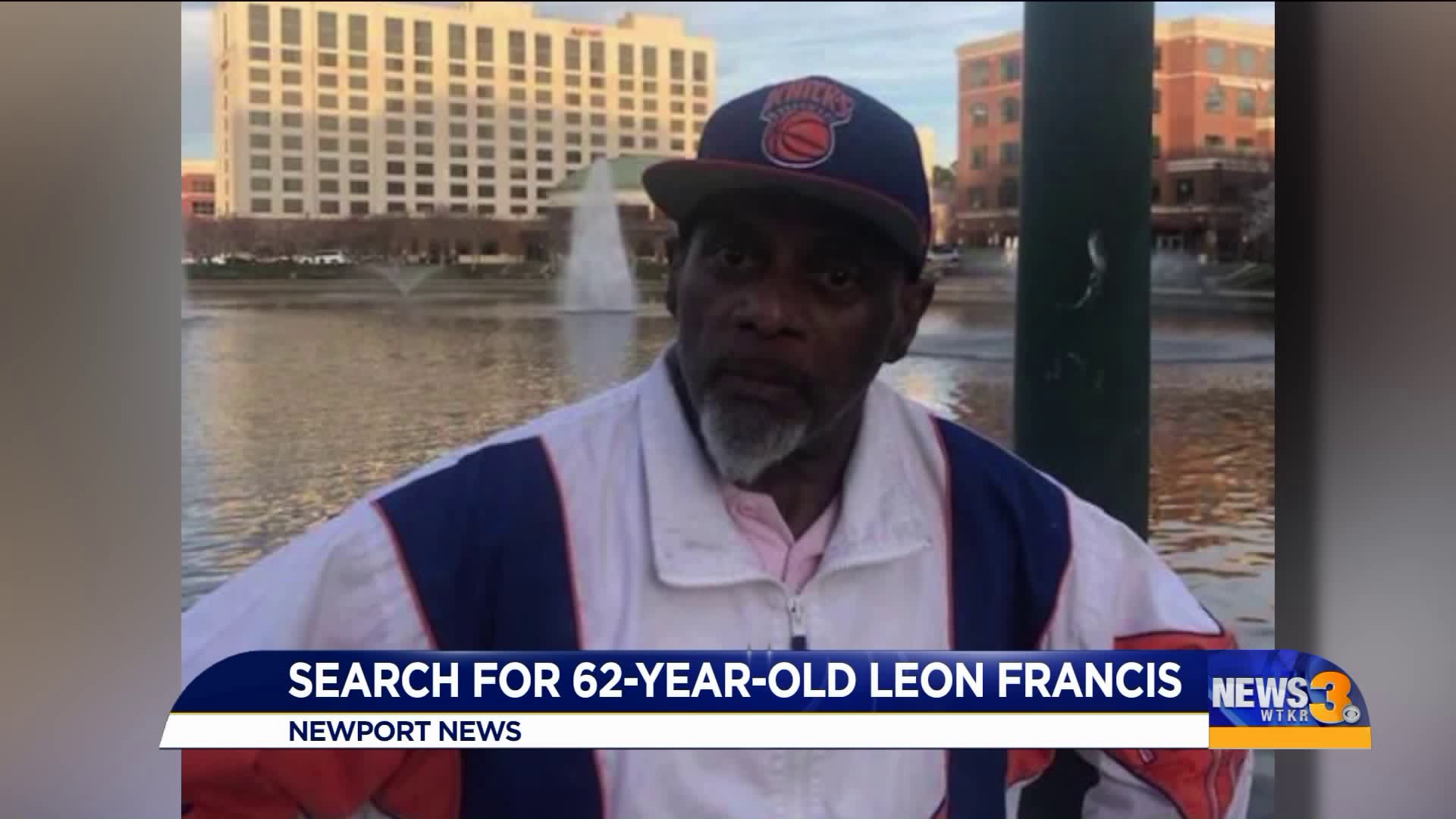 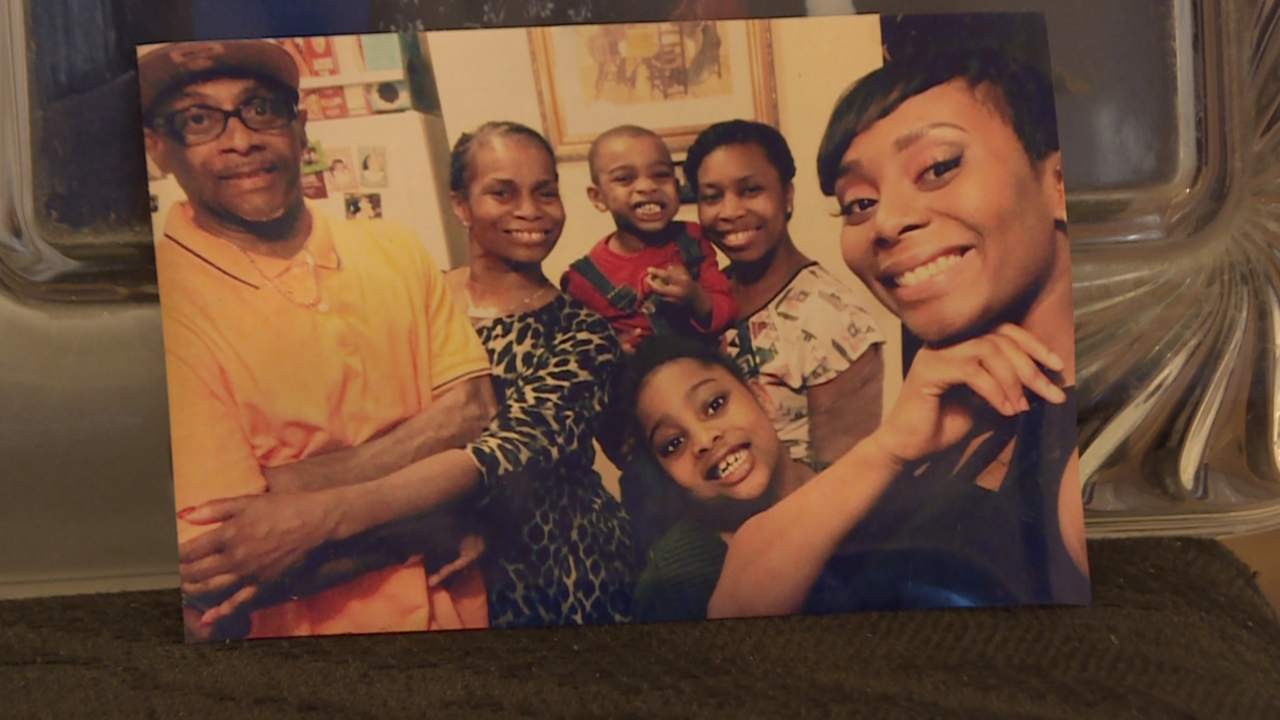 Leon Francis has been missing since Tuesday and as the temperature drops, his family's fear grows.

"It's been 72 hours and my heart is just aching for him," his wife, Daphne, said as the family looked through old photos.

Francis -- a husband, father, uncle and grandfather -- was last seen near their home on Wyn Drive.

Daphne said he has Parkinson's disease and is in desperate need of his medication, which he needs to take every few hours.

The Newport News Police Department convened Thursday at Calvary Chapel on Warwick Boulevard, not far from Francis' house, to create a search party. They're checking everywhere for him, including nearby woods and railroad tracks.

After issuing the Senior Alert Wednesday, Virginia State Police said Francis suffers from a cognitive impairment and said his disappearance poses a credible threat to his health and safety.

"It's unexplainable. I feel like one half of me is missing. We've been together for 25 years," Daphne said.

His family just wants him to come home safely and know they are looking for him and love him. 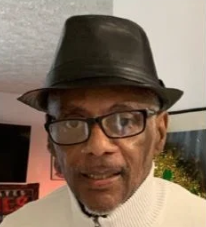