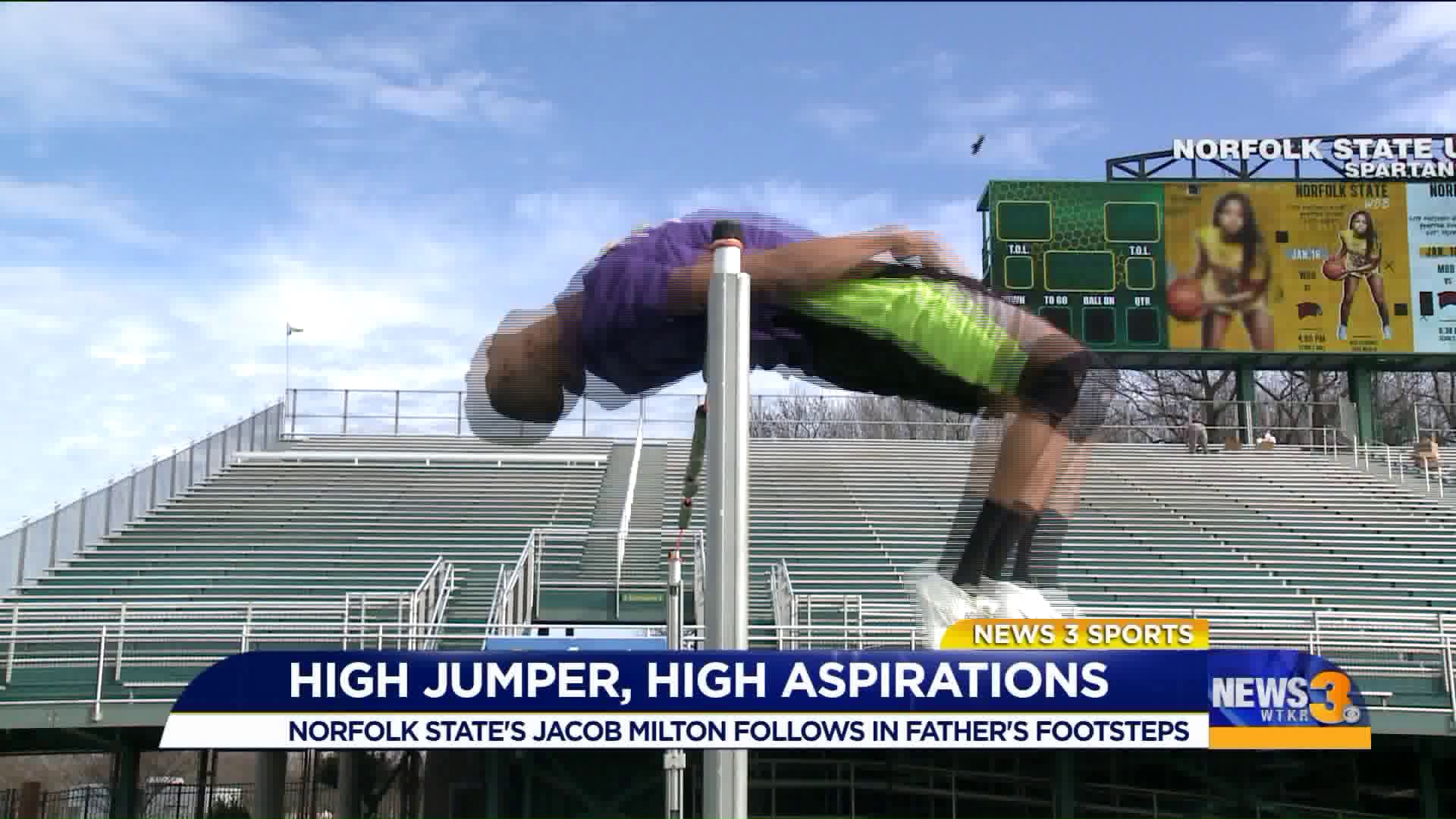 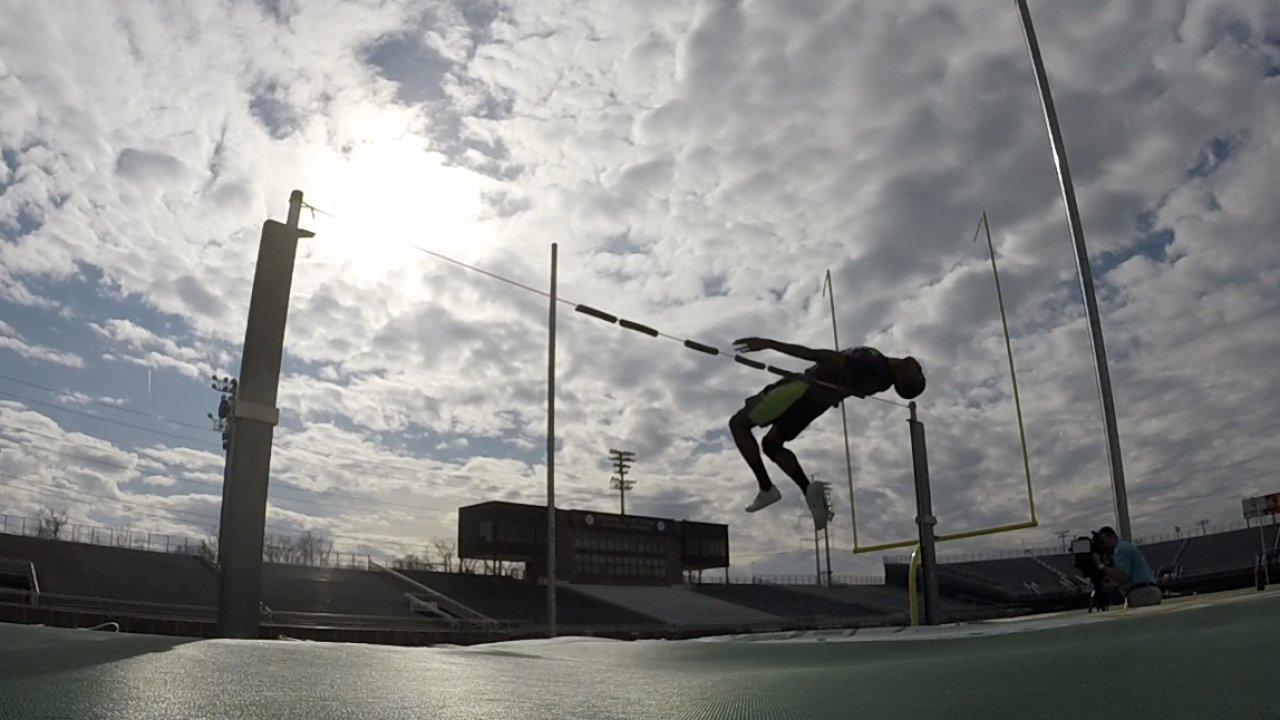 NORFOLK, Va. - The high jump. During competition, after a successful leap, the bar is raised. But for Norfolk State University high jump champion Jacob Milton, it's the way he was raised that's helping take him to new heights.

"There was always a lot of pressure to uphold the family standard," Milton told News 3.

Jacob, who is a senior for the Spartans, has won the Mid-Eastern Athletic Conference (MEAC) title in both indoor and outdoor high jump each of his first three seasons. So, from the jump, Milton has been the best in his league. And that's something he may have received from his father - who was an All-Atlantic Coast Conference high jumper at Clemson.

"So I tried it out, stuck with it - and progressively got better," Jacob said of his high jumping career.

However, high jump success is not the only way Jacob is following in his father's footsteps. George Milton is actually Colonel George Milton, retiring last July after serving more than 30 years in the United States Army.

"He instilled in us that the military is something that's good - and we should always give back to our nation," Jacob explained. "And that's the way I saw that I'd be good at it."

Jacob, who's held the highest position in Norfolk State University's 140-cadet ROTC program, Battalion Commander, will start his service to our country upon graduation in May.

"After this I`ll be commissioning into the Army on active duty as a Quartermaster," Jacob revealed. "I`ll commission at graduation, and a couple weeks to days later I`ll be shipped off to wherever they want me."

"Our country is getting a great leader," Kenneth Giles, NSU's Director of Track & Field Programs added. 'It tells me, the men and women he leads, if necessary, into battle - they're going to have a great leader."

Milton is committing to at least four years of active duty despite the fact, earlier this month, the United States deployed nearly 3,000 additional troops to the Middle East in the midst of rising tensions with Iran.

"I don`t have any concern or doubt," Jacob said without hesitation. "When I started the program, I knew what the risks were and my Dad wanted to make sure I knew. This is something I chose to do. Just because things might get a little bad - it does not mean I`m going change how I feel or the things I want to do or accomplish."

It's not a leap of faith for Jacob - it's just the next step, or the next jump in a career for which he's been training for years. 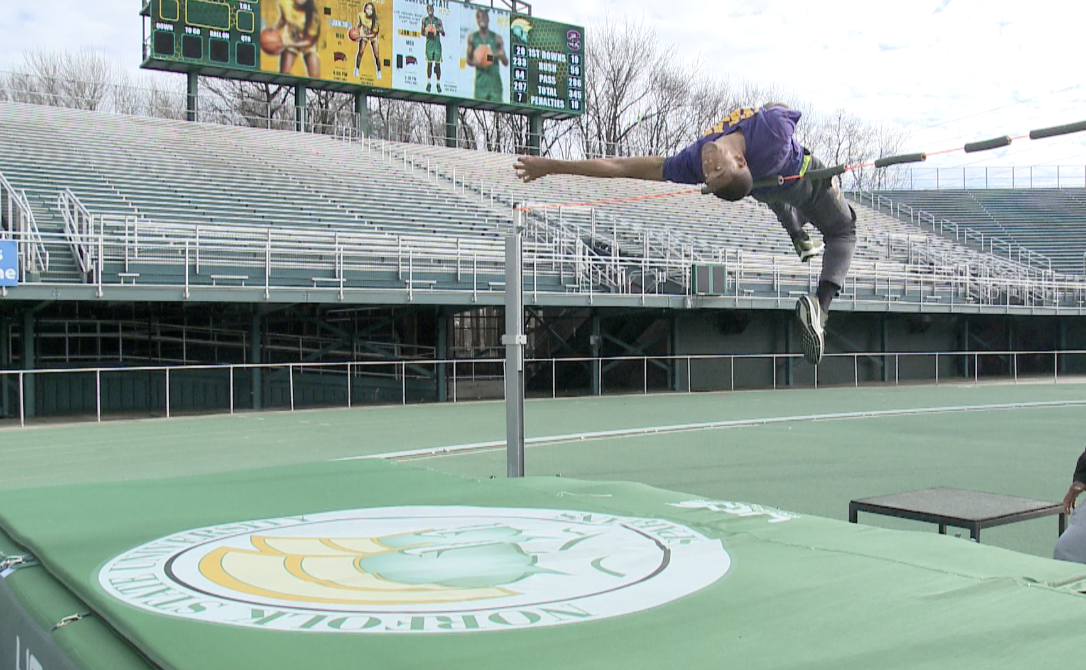