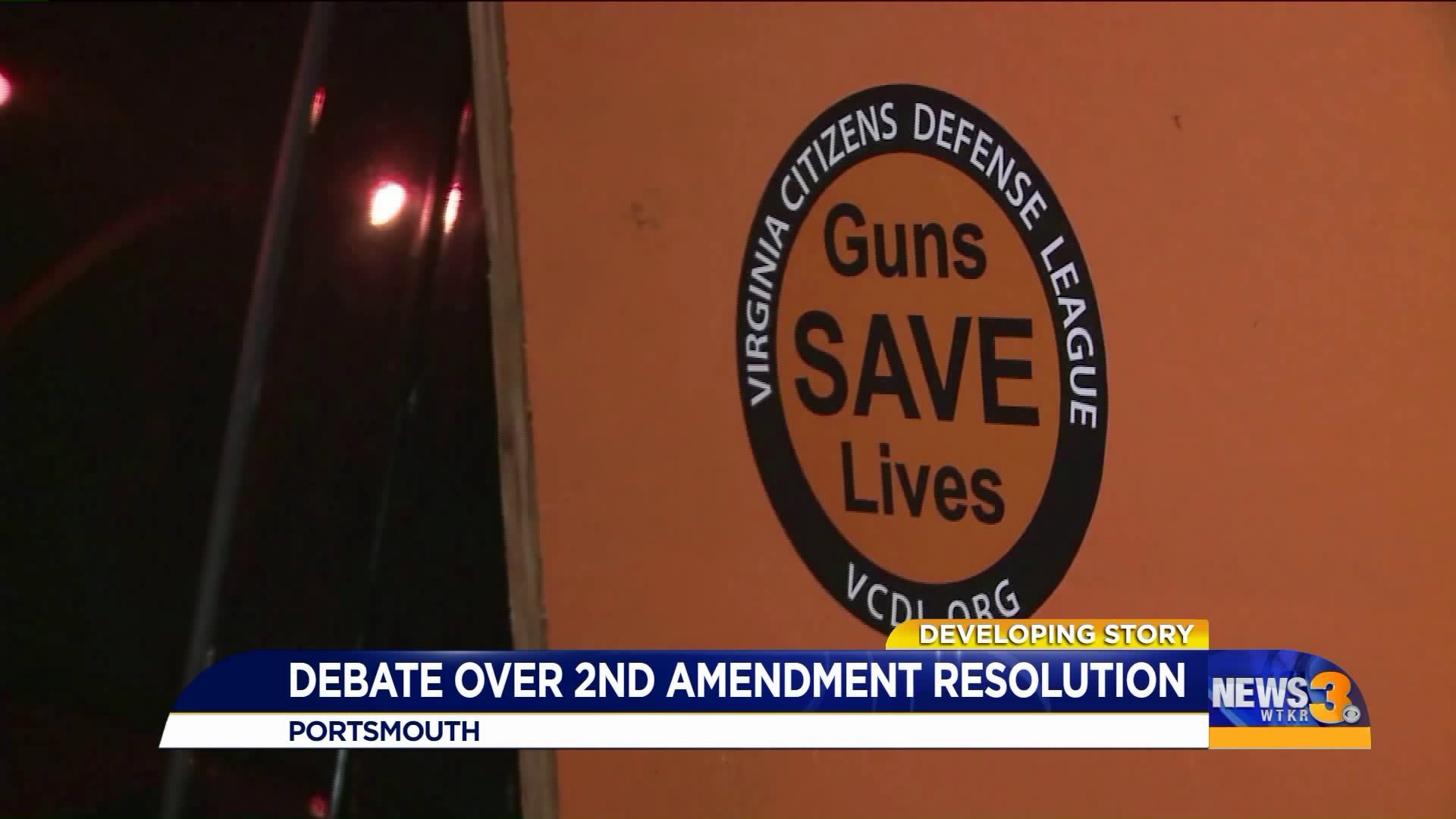 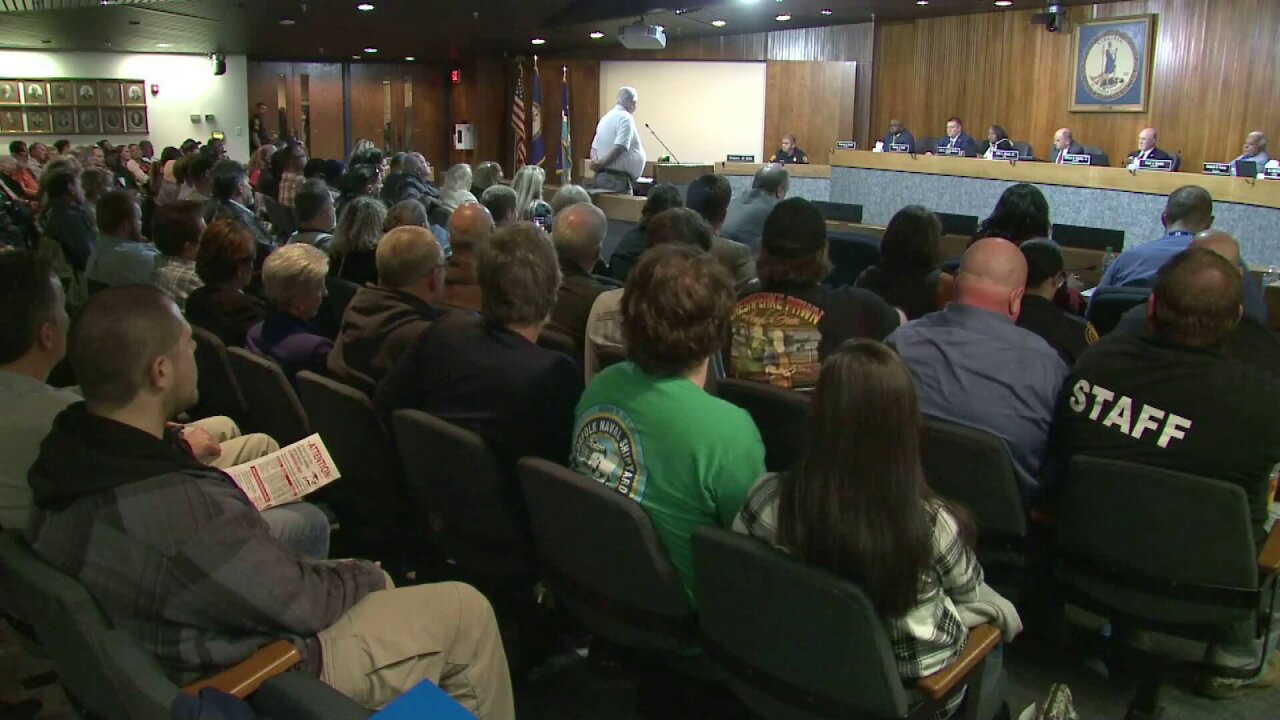 Tuesday night, the Portsmouth City Council voted to pass a resolution to make the city a Second Amendment "constitutional" city. The vote was 4-3.

Portsmouth Mayor John Rowe voted "no" on the resolution.

It was a crowded council chamber Tuesday night inside the Portsmouth City Hall. A majority of the people with orange stickers were there to talk about a hot topic on the agenda -- the Second Amendment.

"Tonight is about supporting not only the Second Amendment but all of our rights. They are natural rights. They're God-given, not made by man, and no man can take them away," said Les Gilliam, who attended the meeting.

Gilliam had been at City Hall since 5 p.m., two hours before the meeting started.

Other residents such as Sandra Walsh came later in the evening. She was with her family.

She says her granddaughter is expecting a child soon and says speaking up will help preserve the rights she and others enjoy now -- for her future great-grandchild.

"If I get a seat, I'll stay. Even at my advanced stage I have a voice, and I'm not giving up."

Those who couldn't get a seat gathered outside the council chambers on the sixth floor. They also gathered on the first floor, where they watched the meeting on TV monitors.

A handout from a representative for Councilman Nathan Clark stated the councilman is a supporter of Second Amendment rights.

Clark had his rifle with him at the meeting, which could be seen briefly when people stood for the Pledge of Allegiance. He voted "yes" on the resolution.

His statement aligned with the reasons we've heard from people as to why they attended the meeting.

"That's why you see thousands of people coming out to city council meetings all over the state because people are not going to comply with unconstitutional laws."

News 3 was unable to encounter someone from the other side of the debate.