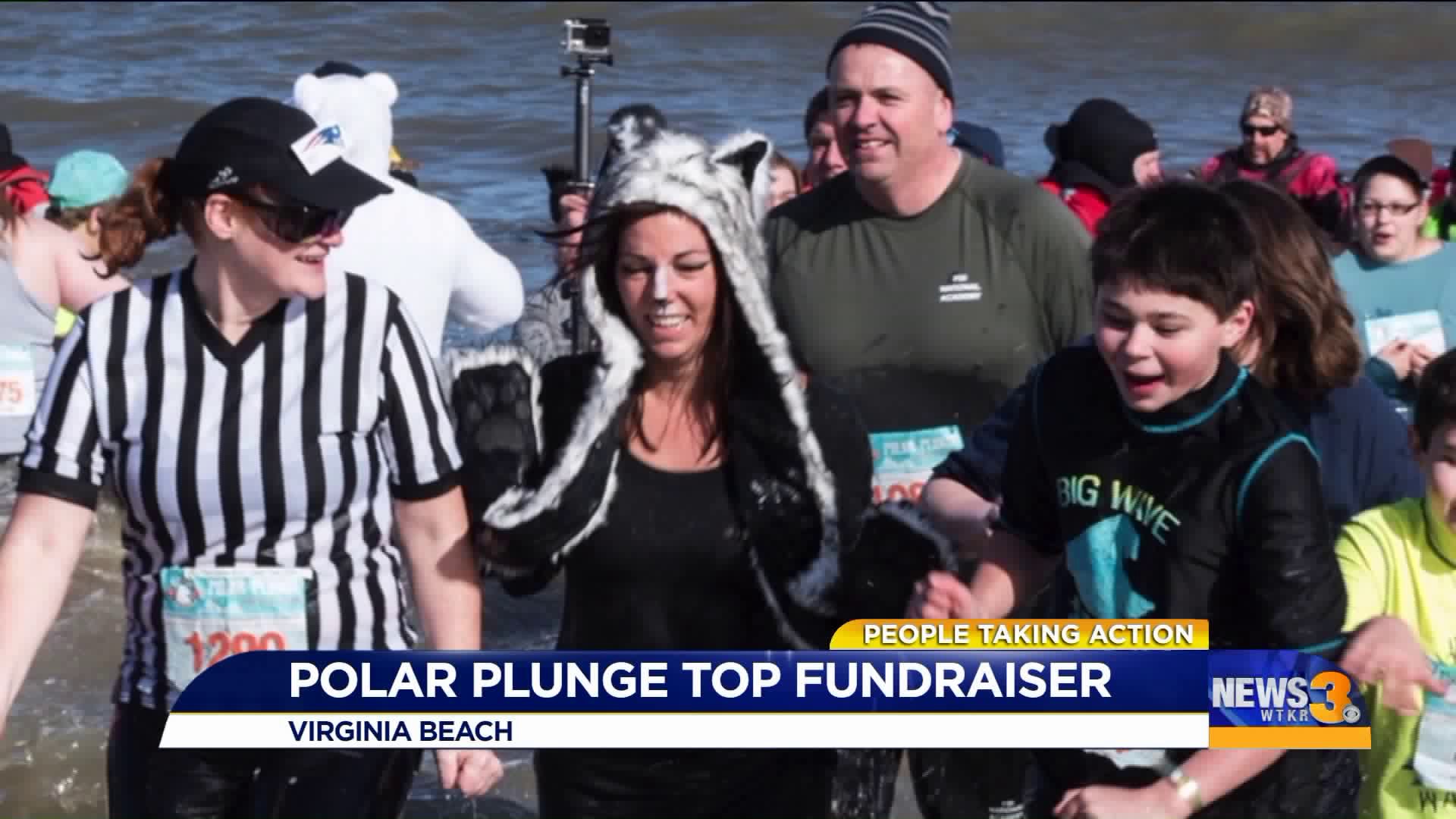 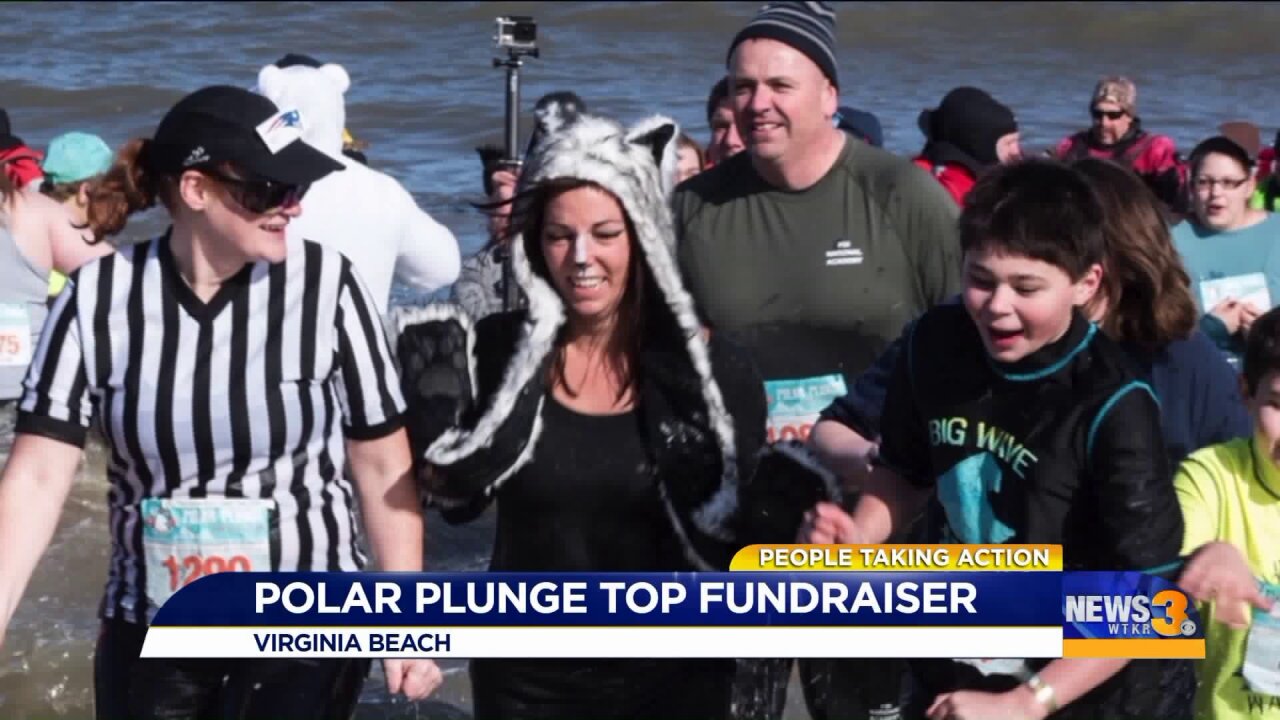 VIRGINIA BEACH, Va. - In just a few weeks, thousands of people will do something pretty weird: They'll dress up in costumes and jump into the chilly Atlantic Ocean.

It's the 28th annual Polar Plunge!

Every year, nearly 3,500 enthusiastic people run into the icy waters of the Atlantic in February.

Last year, the event raised $1.2 million for the Special Olympics to help special Virginians achieve their goals as competitive athletes.

One of the top fundraisers for several years running is Kristen Bunting, Marketing Director for the Princess Anne Country Club in Virginia Beach.

"Our eldest daughter has mild cerebral palsy, so we understand what the families go through who have special needs kiddos," Kristen said. "I played sports growing up, so I think it's such a huge benefit for kids to play sports and feel part of a team and proud."

Her passion for the Plunge extends to her coworkers, and 18 of them are taking the dip with her this year.

Related: People Taking Action: Local family with needs of their own surprised for taking action to help those in need!

"She convinced me this year; this year's my first year," said Kristen's coworker, Jennifer Garrott. "She's a great year to rally our team to join and give back."

"She's amazing every year. She's that she does for Special Olympics. She raises so much money for the program. She's so dedicated to it," said Kristen's husband, Dave.

For all her fundraising efforts, we surprised Kristen with a News 3 People Taking Action award along with a $300 gift card from our community partner, Southern Bank.

She was very thankful.

Not only does the event raise money, she says it's such a great community builder.

"Oh my gosh, it's so much fun and literally everyone jumps in together," she said. "Everyone's like a team. It's just so much fun."