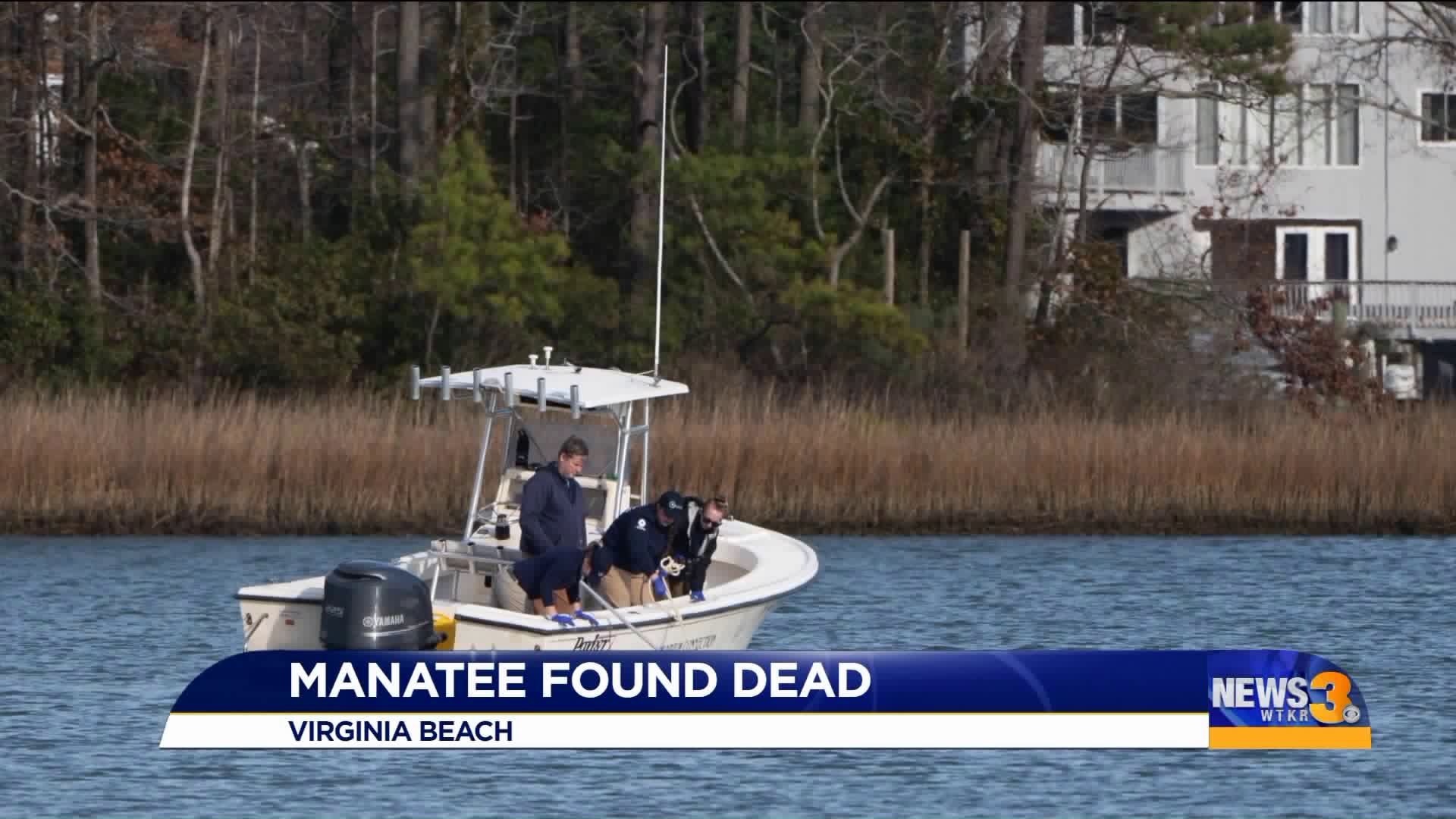 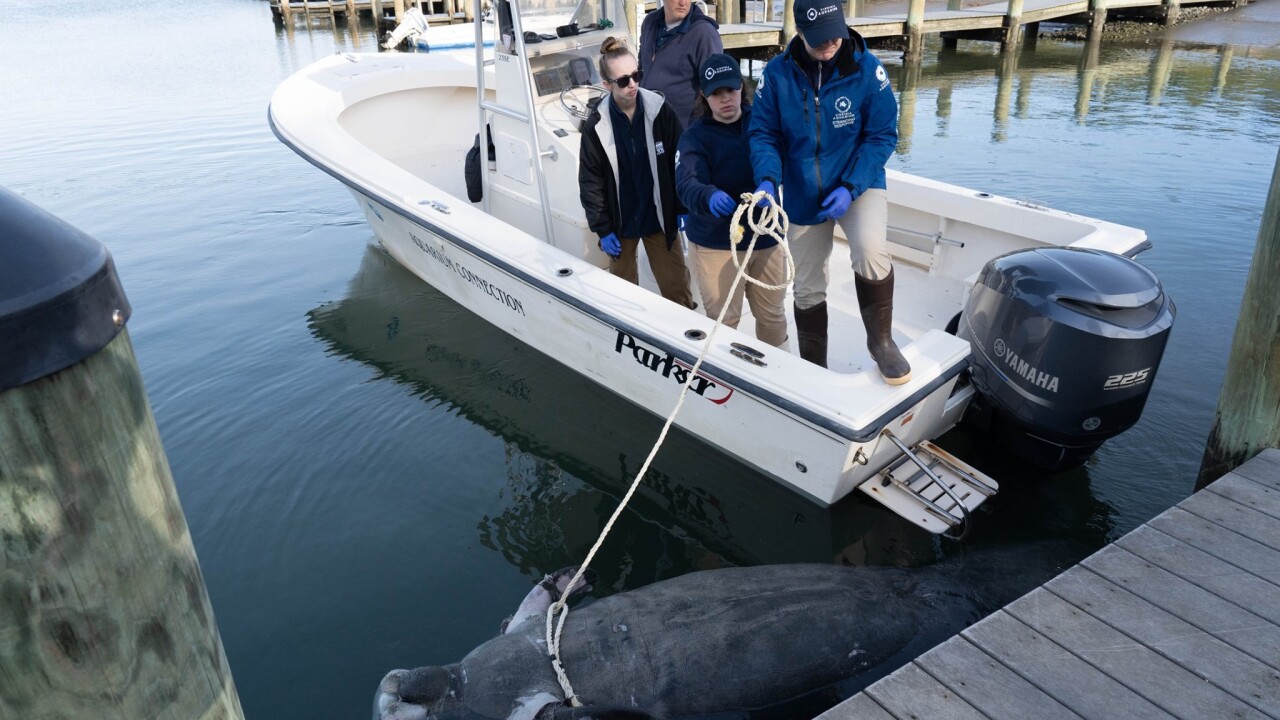 VIRGINIA BEACH, Va. - "It was right across the creek, from that point right there," explains Dr. Susan Barco, Senior Scientist with the Virginia Aquarium.

On Friday, it was a sad discovery literally yards away from the aquarium in Owl Creek, which is part of Rudee Inlet.

"The photographs were obvious it had been dead for a while. It was bloated, missing skin; it was not a fresh, dead animal," said Barco.

A young Florida manatee - likely less than five years old and weighing over 600 pounds - found dead by fishermen in the area.

"There was no overt evidence of cold stress, but that doesn't mean the animal wasn't feeling the cold. It was 40 degrees Fahrenheit when we saw it alive," said Barco.

Barco says the manatee that was found dead is believed to be the same manatee spotted at the mouth of the Rudee Inlet in December.

"This was only our second dead manatee stranding ever in the state," said Barco.

But she said sightings are not uncommon.

"They can tolerate waters greater than 65 degrees without a problem, and in the summer it's not unusual to have them in this area feeding," she said.

Barco says the manatee may have also had a cyst on its kidney or uterus.

"We also did see the animal had lost weight. It had fat atrophy," said Barco.

Barco warns while these mammals are an incredible sight to see, they must be left alone.

"We don't want people offering water or food or anything else, especially near where boats are. Just observe from a distance and try to document and let us know," she said.