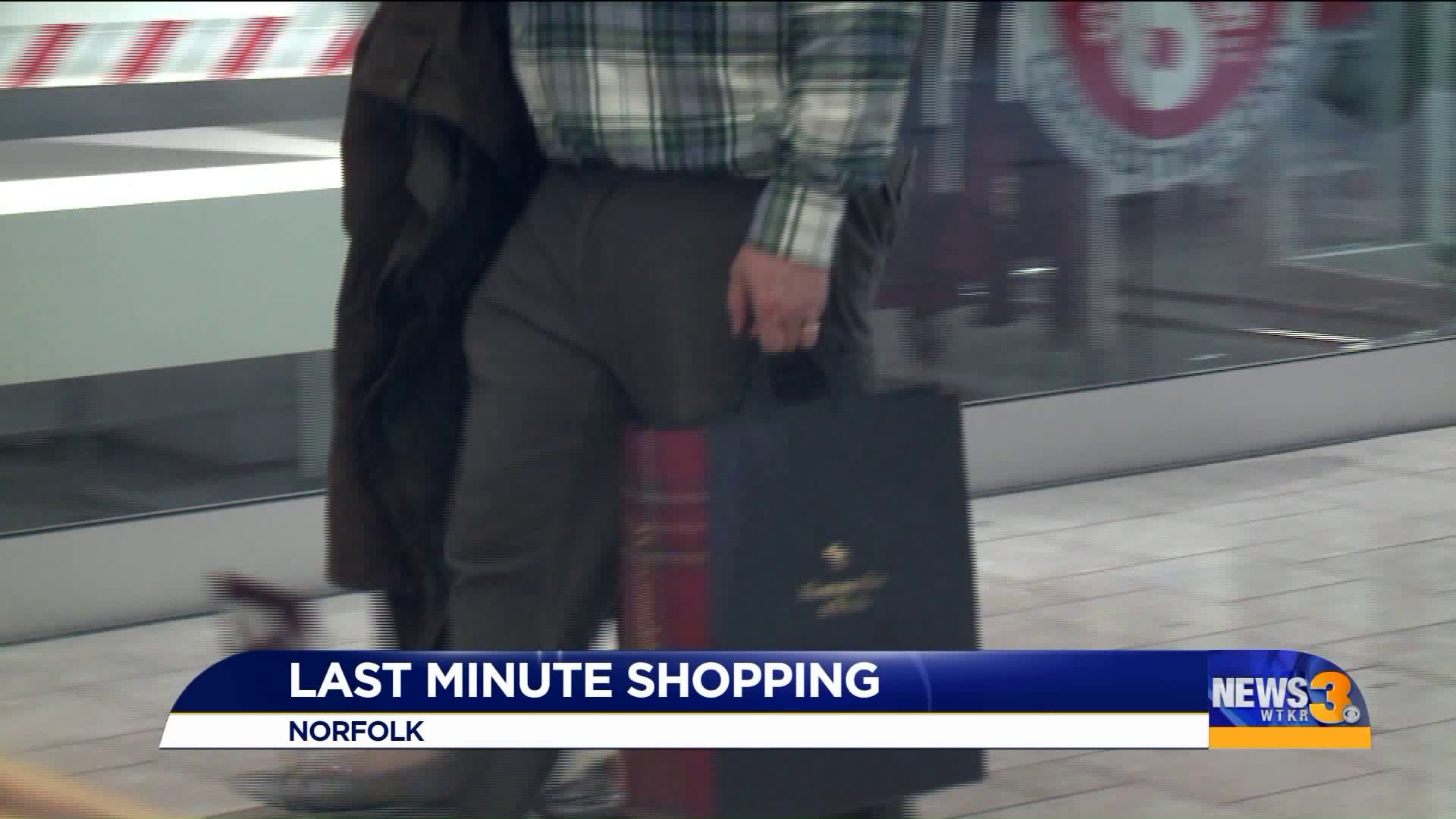 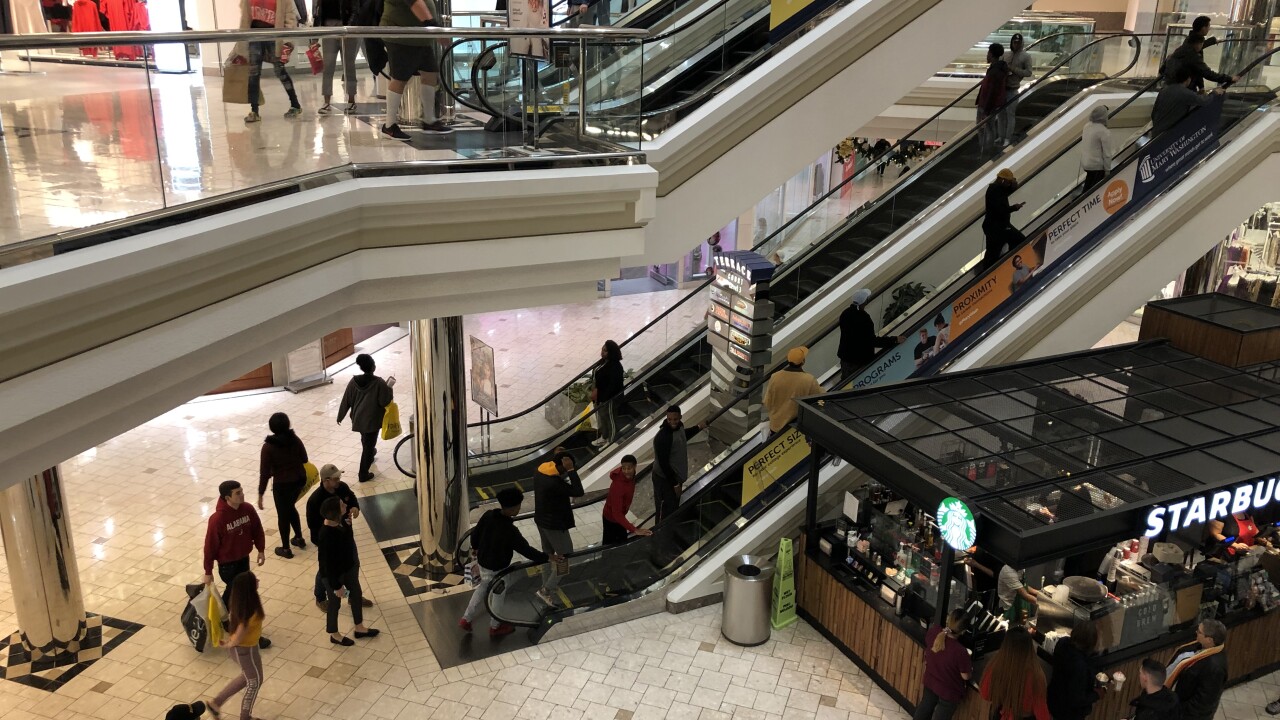 NORFOLK, Va.— It’s crunch time for the last-minute holiday shoppers hoping to cross all the items off their list before Christmas.

MacArthur Center General Manager James Wofford says there were customers waiting for the doors to open up in the morning.

"These are the folks that are wanting to get out, wanting to get their shopping done, knew exactly who they needed to buy for, what they need to pick up," says Wofford about the early risers.

Some customers say most of their shopping was already done and said they just needed to pick up one or two things before Christmas.

Latonya Fuller describers herself as a "spontaneous shopper."

However you call it, people who are hoping to get at least one more gift wrapped and put under the tree filled the mall on Christmas Eve. Many people were still walking into the mall with less than two hours until closing.

Nikita Carter and 5-year-old Jade were ready when they got to the mall around 10 a.m. and say their shopping experience was not hectic. The mother-daughter duo say they weren’t planning on shopping on Christmas Eve, but they still ended up at the mall.

"We just had a couple things that we needed to get and she needed to take pictures with Santa, so I thought I’d bring her up here first thing in the morning before it got too crazy," says Carter.

But not everyone is out shopping for others.

"I needed some items myself since I didn’t think I was going to get anything, so I’m going to wrap my presents and put them under the tree," say Fuller.

"When you approach your vehicle, make sure you have your keys in your hand so you’re not fumbling through purses, through bags, trying to locate your keys," explained Wofford.

Shoppers can ask security for an escort to their car at any time.

MacArthur Center will be closed Christmas Day. The mall will open at 9 a.m. for shoppers on Thursday.