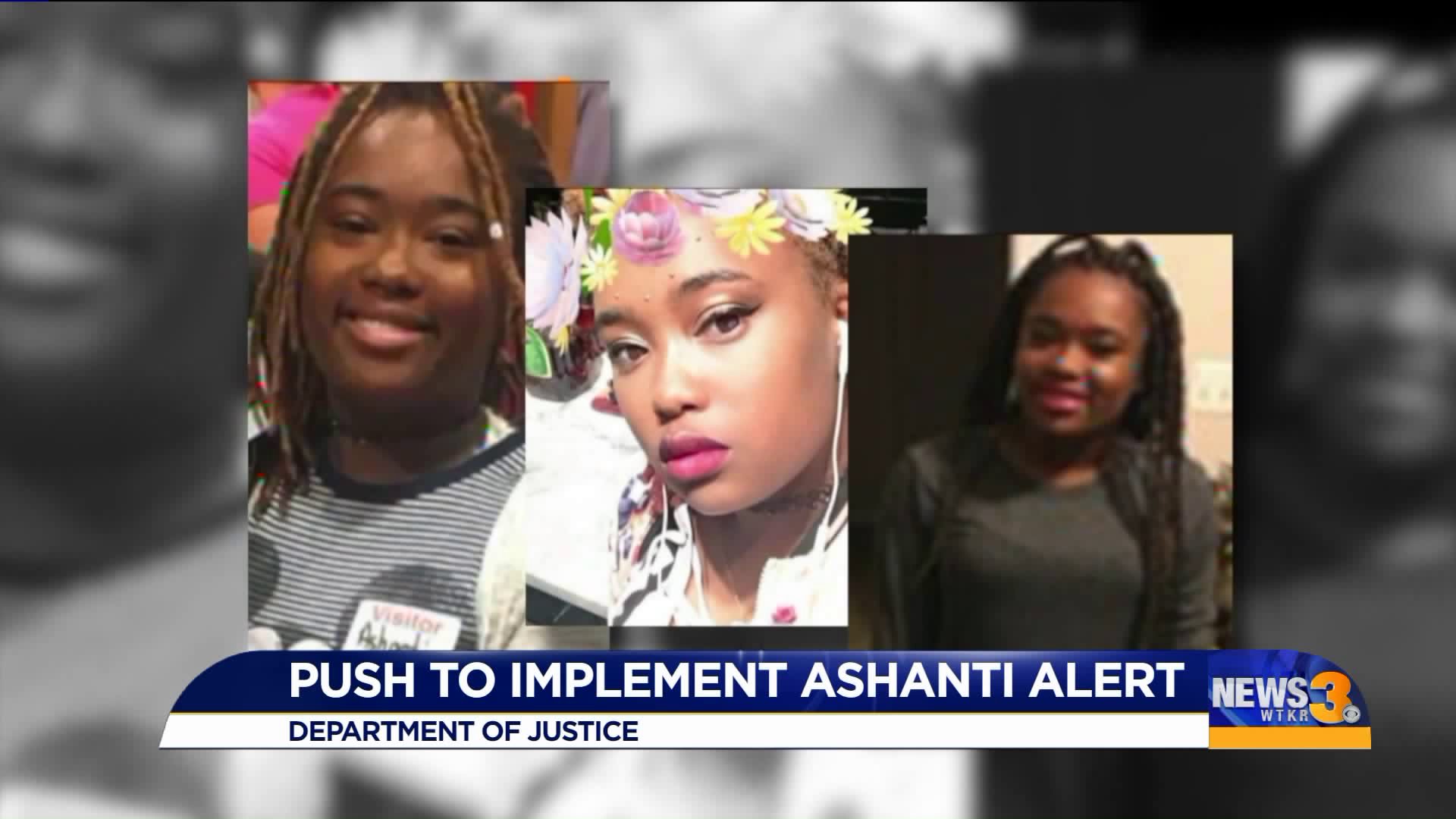 NORFOLK, Va. - A provision in this year's appropriations bill will force the Dept. of Justice to implement the Ashanti Alert Act, Sen. Mark Warner said Thursday.

The act will create a nationwide alert system for missing adults between the ages of 18 and 64. President Trump signed the act into law almost a year ago, but it still has not been implemented.

"I've been extraordinarily disappointed," Sen. Warner said. "There's nothing partisan about this legislation. The President has signed it."

A provision in the law will create a deadline for Dept. of Justice to develop a schedule of its implementation. "I just say to DOJ: Do your job. Follow the law. Let's make sure we have this system in place across the country," Warner said.

The law is named after Ashanti Billie, a college student who was kidnapped in Norfolk in 2017 and was later found dead in North Carolina. Billie was 19 at the time, meaning she was too old for an Amber Alert and too young for a Silver Alert. No missing person's alert was ever sent out about her disappearance.

State lawmakers in Virginia passed a law that's been in effect for about a year now.

Her family has continued to push for the law to change across the country. "My 100% main focus is the Ashanti Alert. We're 20 days from it being a year, so I'm just hopeful," Meltony Billie, her father, told News 3 earlier this month.

With this latest bill, Warner and Billie's family hope this will finally mean the alert is going to be in use. "I've been very frustrated with the Department of Justice. We know the Ashanti Alert will save lives. It's already saved lives in Virginia," said Warner.