Watch: Judiciary Committee sends articles of impeachment to the floor for vote next week 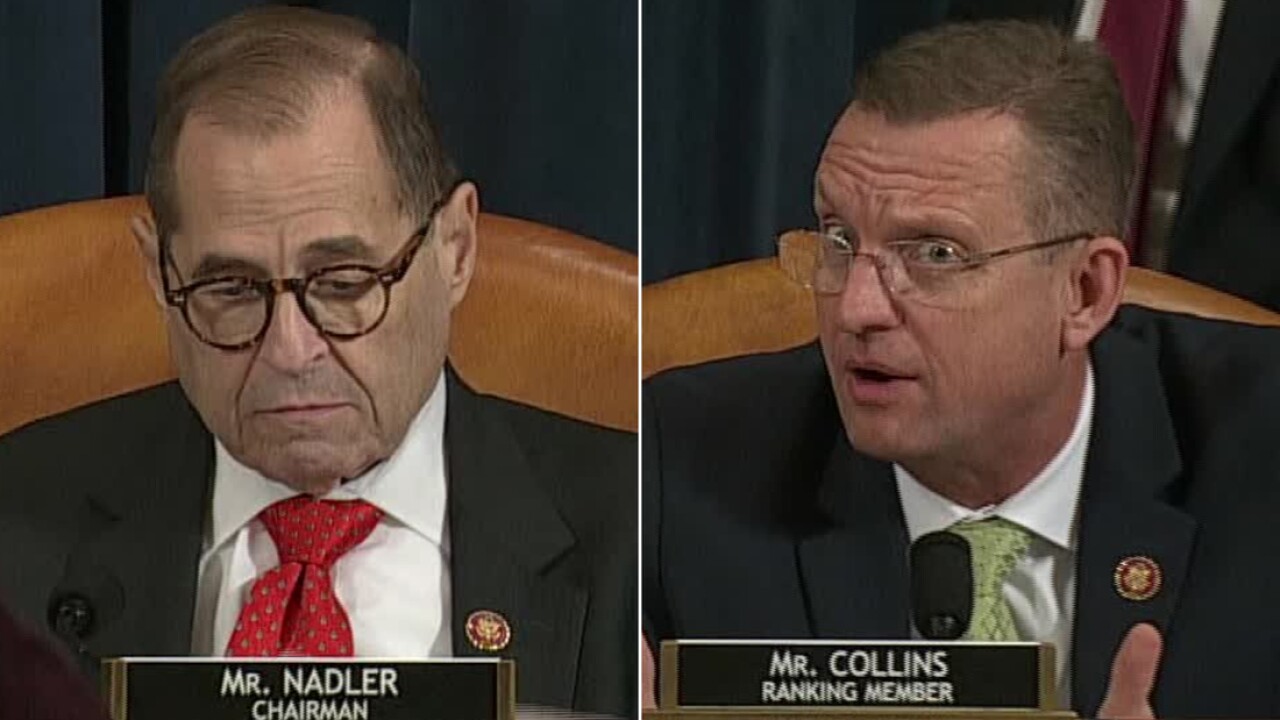 The House Judiciary Committee voted Friday to send two articles of impeachment against President Donald Trump to the House floor for consideration next week.

The committee had been expected to approve the charges of abuse of power and obstruction of Congress late Thursday, after a 14-hour debate. Instead, Republicans erupted when Chairman Jerry Nadler announced that the vote wouldn’t happen until 10 a.m. ET Friday. And Democrats were angry at Republicans, believing they had attempted to drag out the proceedings and delay the final votes to the wee hours.

Despite the late-night drama, Thursday’s all-day debate — the “markup” — yielded no changes to the articles of impeachment introduced by Democrats earlier this week.

Preview of next week’s floor debate

Republicans mounted an assault on the impeachment process during the hearing, suggesting potential lines of attack for next week’s full House debate. The arguments have included (and these are my paraphases):

This tweet from a Judiciary Committee member, Rep. Mary Gay Scanlon of Pennsylvania, sums up the Democrats’ position in one line:

Let me break this down for you… #DefendOurDemocracy #ImpeachmentDebate pic.twitter.com/sgOpHw628v

At lest two Democratic congressmen — Jeff Van Drew of New Jersey and Collin Peterson of Minnesota — have said they will vote against the articles of impeachment. That means Democrats won’t be unanimously in favor of impeaching Trump. But it does not yet suggest Trump will be anything but impeached next week.

House Speaker Nancy Pelosi said she is not lobbying moderates on the fence to vote for impeachment.

“People have to come to their own conclusions,” the California Democrat said.

Will the impeachment saga ultimately benefit Trump? The President’s campaign manager said the impeachment effort has helped “ignite a flame” under Trump’s base and led to more fundraising and better attendance at rallies.

What’s not in the articles

One major issue that has been held out of the impeachment proceeding is whether Trump is violating the Constitution’s clause banning presidents from accepting gifts — or “emoluments,” in Constitution-speak — while in office.

But Trump’s finances have been repeatedly challenged in court. As debate continued in Congress, judges on the 4th US Circuit Court of Appeals in Richmond on Thursday spent three hours showing how deeply divided they are on whether they can curtail the President’s business interests, writes CNN’s Katelyn Polantz.

At times, the judges took over from the arguing attorneys, the Justice Department, Trump’s personal legal team and the DC and Maryland state attorneys general offices to argue for or against the President themselves.

It’s important to note that the Richard Nixon and Bill Clinton impeachment efforts both had some bipartisan support. Nixon’s would have been successful, which is why he resigned. Despite some Democrats voting that he was guilty, Clinton had numerous Republicans who voted to keep him in office. In the end, neither article of impeachment against Clinton got even a majority in the Senate, much less the two-thirds necessary to convict.

In the case of Andrew Johnson, who just barely stayed in office, it was seven Republicans breaking ranks and voting not to convict that allowed him to finish the term he took over from the assassinated Abraham Lincoln.

What are we doing here?

The President has invited foreign powers to interfere in the US presidential election. Democrats want to impeach him for it. It is a crossroads for the American system of government as the President tries to change what’s acceptable for US politicians. This newsletter will focus on this consequential moment in US history.