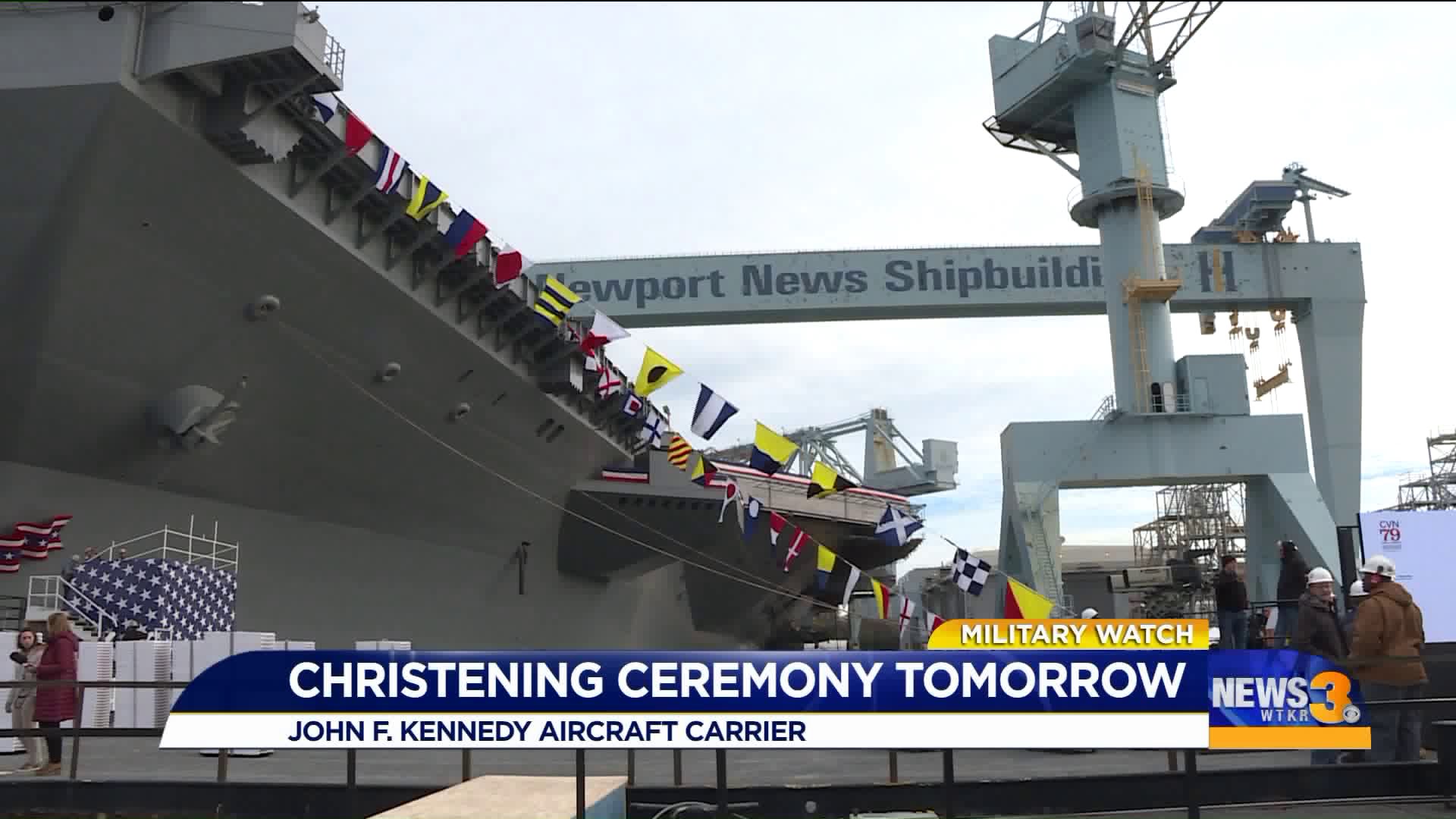 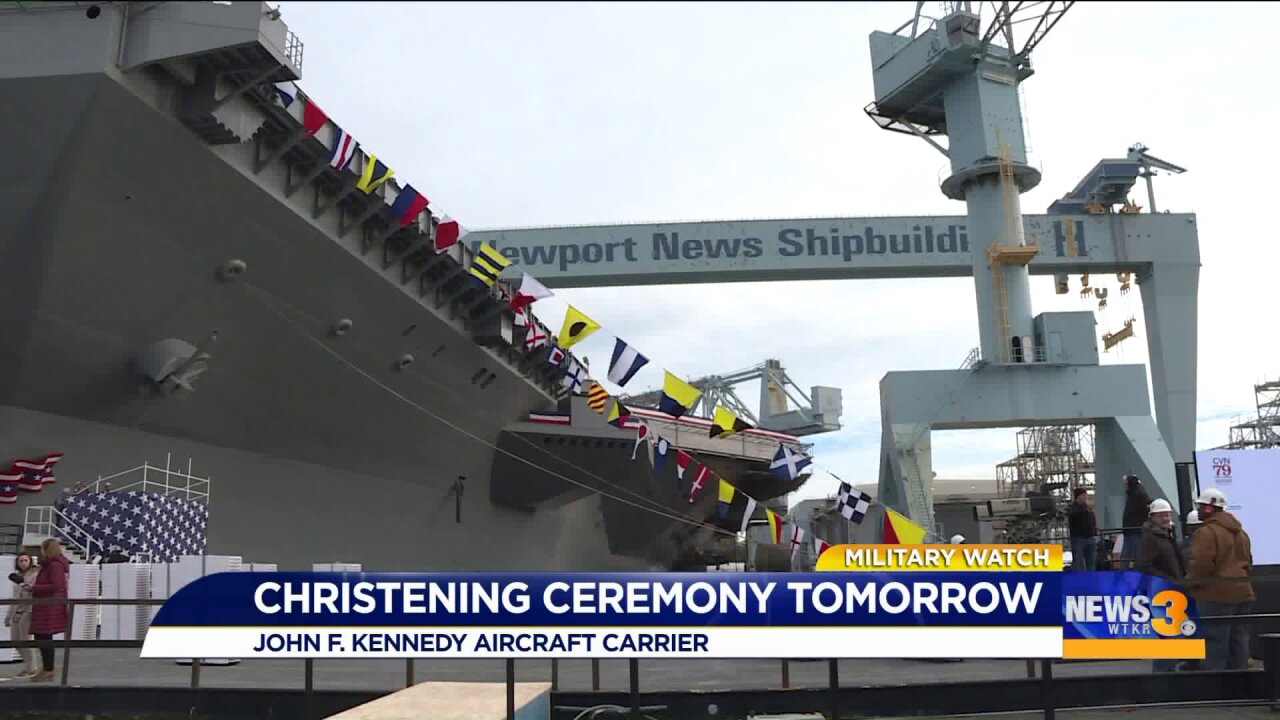 According to a release by the Navy, the Kennedy is the second aircraft carrier of the Gerald R. Ford class. It will replace the USS Nimitz (CVN 68) when that ship is decommissioned.

It has been under construction in Newport News since 2015.

The Kennedy is the second aircraft carrier honoring 35th President of the United States John F. Kennedy, who also served the Navy as a lieutenant during World War II.

“His remarkable vision for our nation — many contributions, many accomplishments — helped to inspire the design of our new ship seal as well as our motto, which is ‘Serve with Courage,'” said Capt. Todd Marzano, the Commanding Officer.

The Kennedy, along with its embarked air wing and other strike group assets, will provide the core capabilities of forward presence, deterrence, sea control, power projection, maritime security and humanitarian assistance, the Navy said. It incorporates more than 23 new technologies, with design and production lessons learned from the first-in-class USS Gerald R. Ford.

“The event signifies the transition of the ship from being referred to as just a hull number to taking on the identity of the sponsor and the namesake,” said Marzano.

While there have been many questions and much frustration with the Ford’s delays and issues, Newport News Shipbuilding is confident the Kennedy will be different.

“The Gerald R. Ford was the first in the class — a lot of new technology, a lot of lessons learned,” said Jennifer Boykin, the company’s president. “We’ve incorporated thousands and thousands of those lessons from Ford onto Kennedy.”

The company hopes to deliver the ship to the Navy in 2022.