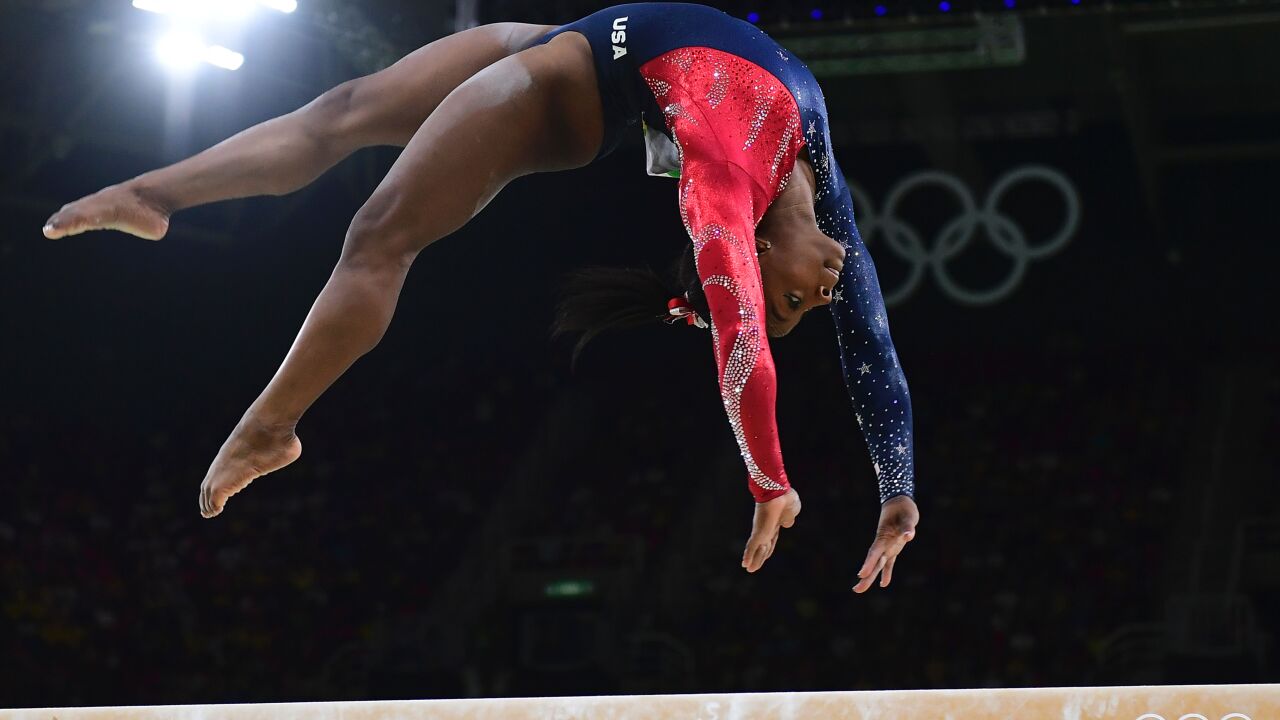 TOPSHOT – US gymnast Simone Biles competes in the qualifying for the women’s Beam event of the Artistic Gymnastics at the Olympic Arena during the Rio 2016 Olympic Games in Rio de Janeiro on August 7, 2016. / AFP / Emmanuel DUNAND (Photo credit should read EMMANUEL DUNAND/AFP/Getty Images)

Simone Biles was named the Female Olympic Athlete of the Year, according to a release by Team USA.

Not only is Biles a four-time Olympic champion, she’s also the most decorated gymnast in the world championships’ history with 25 career world medals. In October, she won five gold medals in a week at the Artistic Gymnastics World Championships.

The 22-year-old is preparing for the 2020 Olympics in Tokyo — which she’s said will be her last Olympics.

Figure skater Nathan Chen was named the Male Olympic Athlete of the Year. The U.S. Women’s World Cup Team was recognized as the Olympic Team of the Year after taking home its fourth World Cup win this year.

The awards were presented at a live recording of the Team USA Awards.