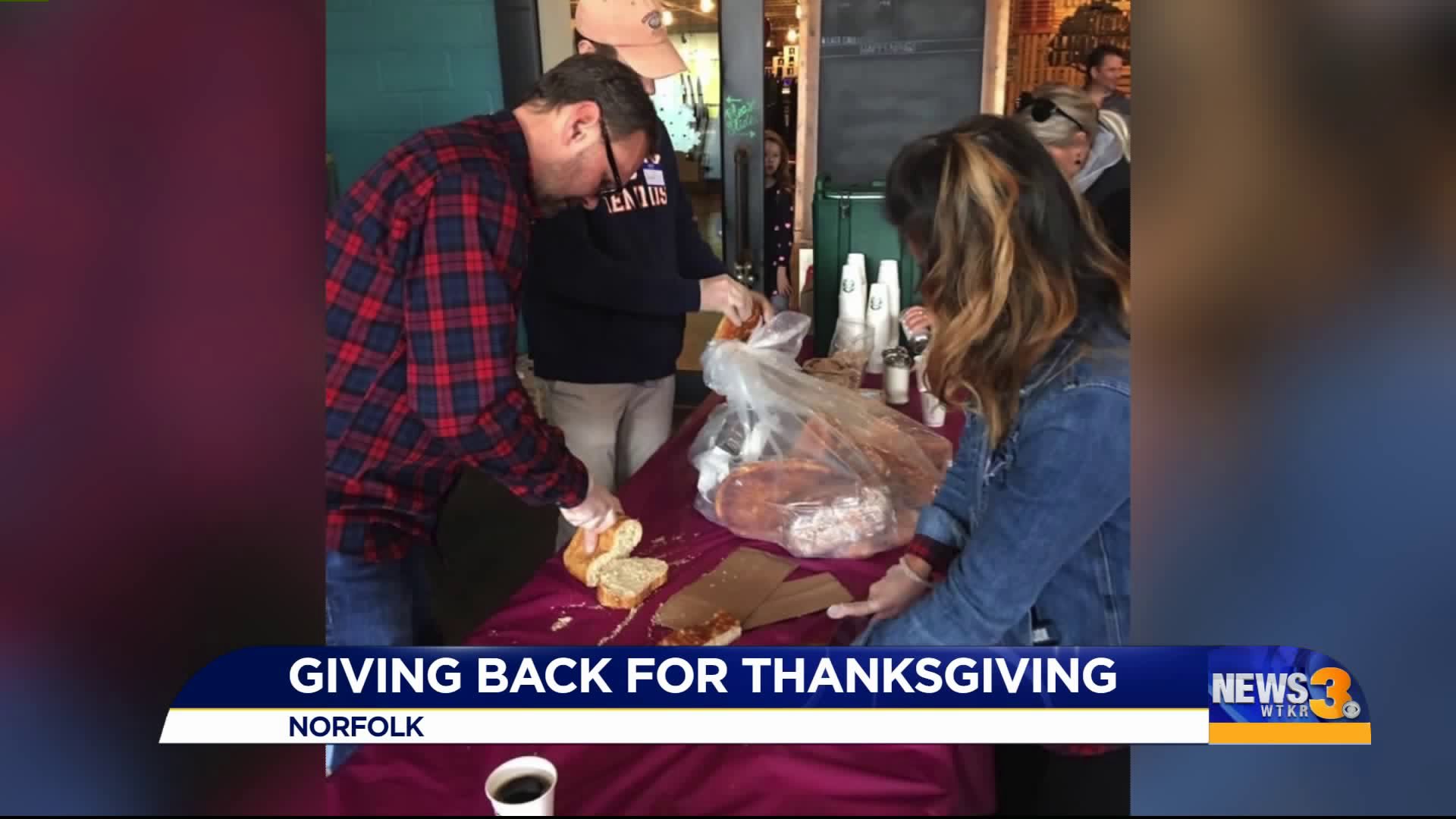 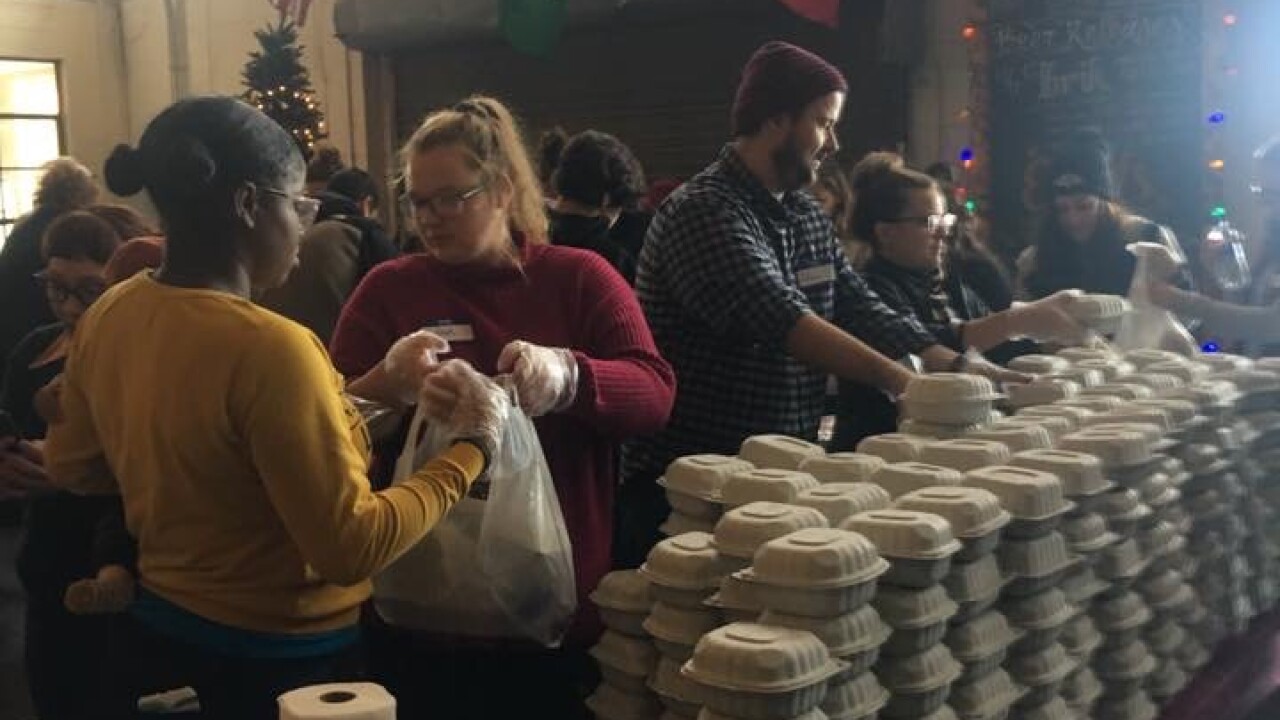 NORFOLK, Va.— There are still six days left until Thanksgiving, but a local group in Norfolk is preparing for the feast now.

Giving Back in Ghent is a community organization working to feed and clothe their neighbors in need, but what they need right now are volunteers to help make and serve the 200 plates they’re expecting to dish out on Thanksgiving Day.

“When people show up, everybody’s just got a great energy. We have an assembly line going, and it’s a well-oiled machine,” says Giving Back in Ghent organizer Andrea Rosenberg.

Volunteers pitch in to bring the turkey and all the fixings so their neighbors in need will have one less meal to worry about.

“Walking around and actually just having fellowship with these people, sitting down asking them how their day was going— I don’t know when the last time some people may have been asked that,” says Rosenberg.

Dinner is at noon at O’Connor’s Brewing on W. 24th Street, but the hard work begins now: Getting the volunteers— big and small— to pitch in.

“The kiddos are writing love notes to our neighbors in need - just little ideas of ‘Happy Thanksgiving’ and ‘I hope you have a wonderful day,’ so that they understand that they’re able to give back as well,” explained Rosenberg.

Caswell Richardson is another Giving Back in Ghent organizer. He says the organization can use help with donations for food and containers to pack the meals in.

Richardson says people line up before dinner is served and are always happy to enjoy the community meal.

“They say, 'Thanks for doing this, thanks for putting it on.' Some don’t actually really say anything, but you can tell they’re glad it’s here,” say Richardson.

In keeping with the spirit of giving, O’Connor’s is trying something new this year— they’re hoping people will bring items like a warm blanket to make sure that their friends stay warm long after Thanksgiving dinner is over.

“Last year, I remember it being very cold on Thanksgiving and I remember one gentleman in particular said, 'You know, if there’s anything that you guys could do, it would be blankets and shoes,'" says O’Connor Brewing Company founder Kevin O’Connor.

People can drop off cold weather clothing at O’Connor’s up until Thanksgiving, and neighbors can grab what the need when they grab a meal on Thanksgiving.

“We’ve got to get these people through winter, so anything from children’s clothes all the way up to blankets and socks - anything like that,” says O’Connor.

Volunteers who can work different shifts starting at 9 a.m. on Thanksgiving Day at O’Connor’s Brewery, and anyone who wants to donate a meal or food can reach out to Giving Back in Ghent through their Facebook page. 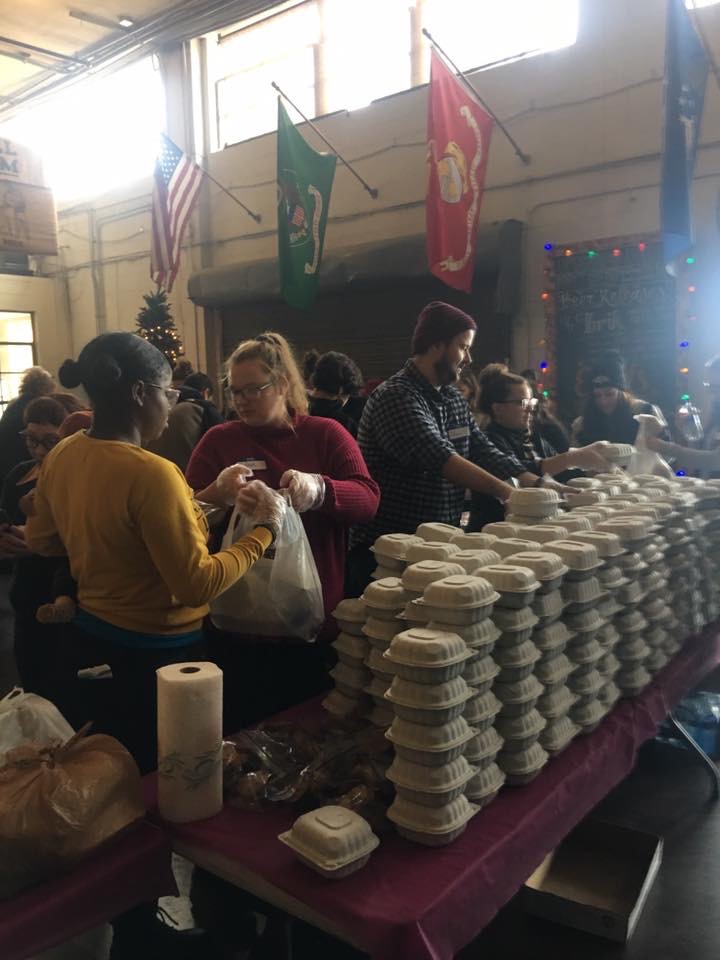