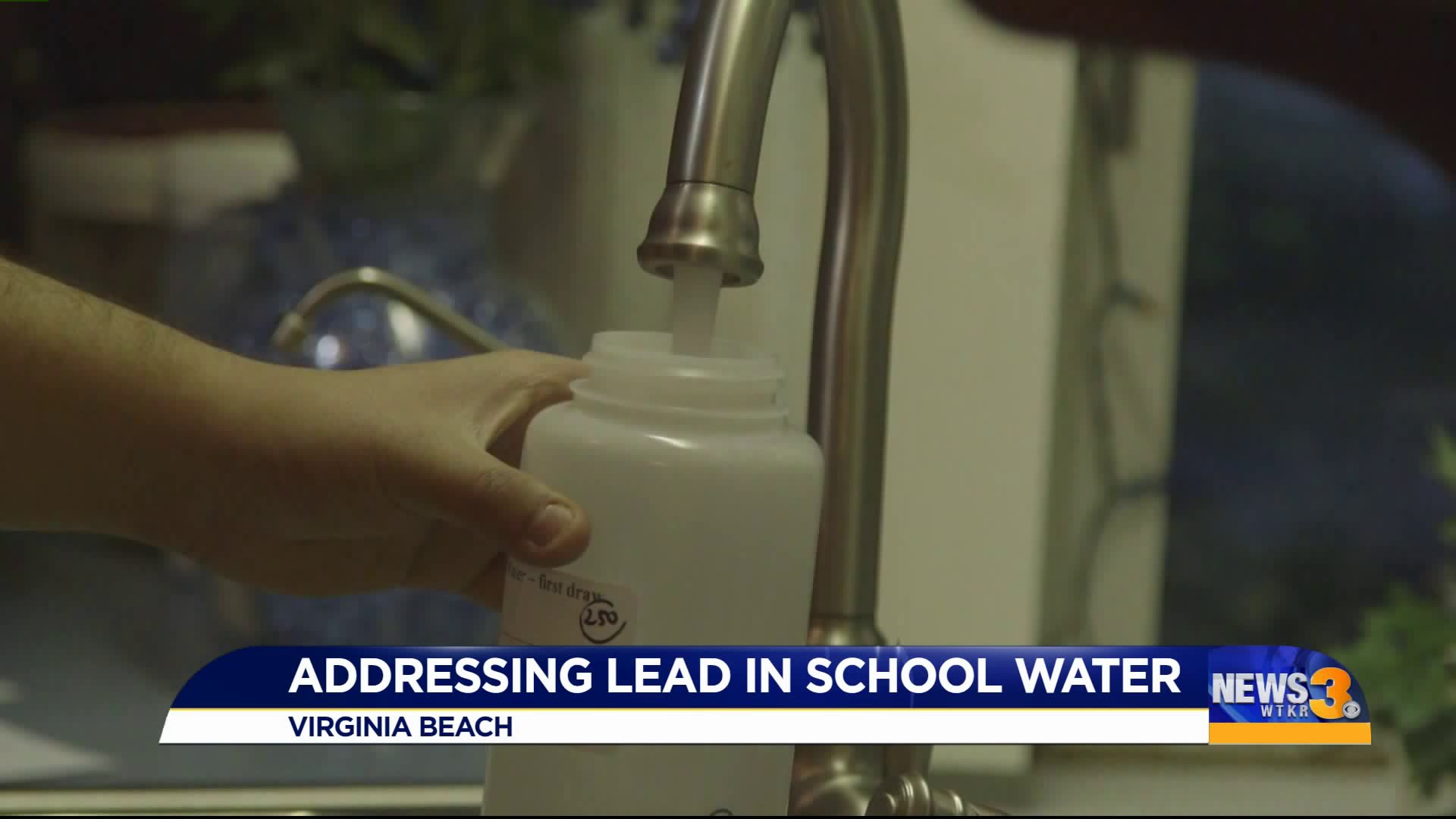 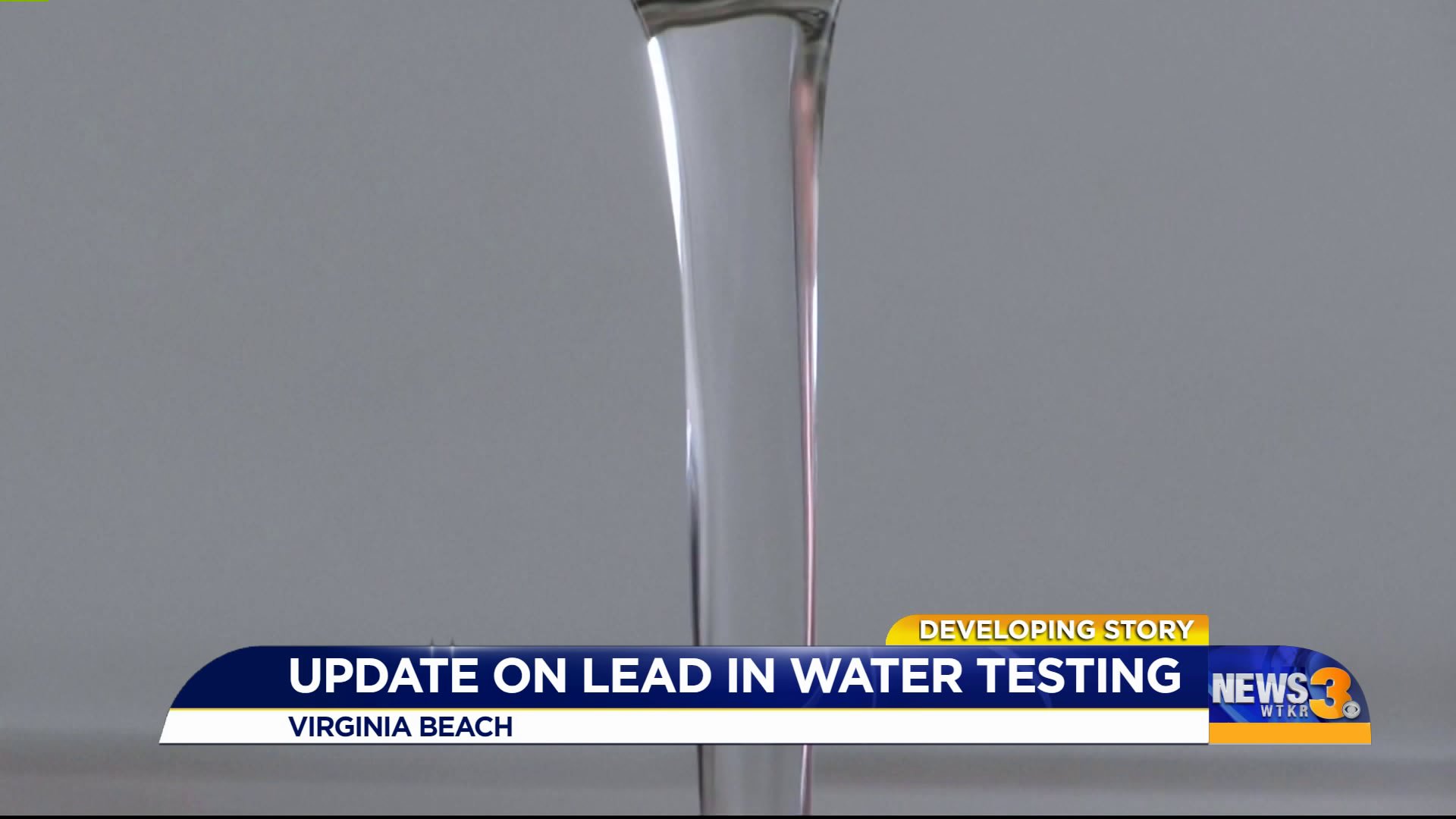 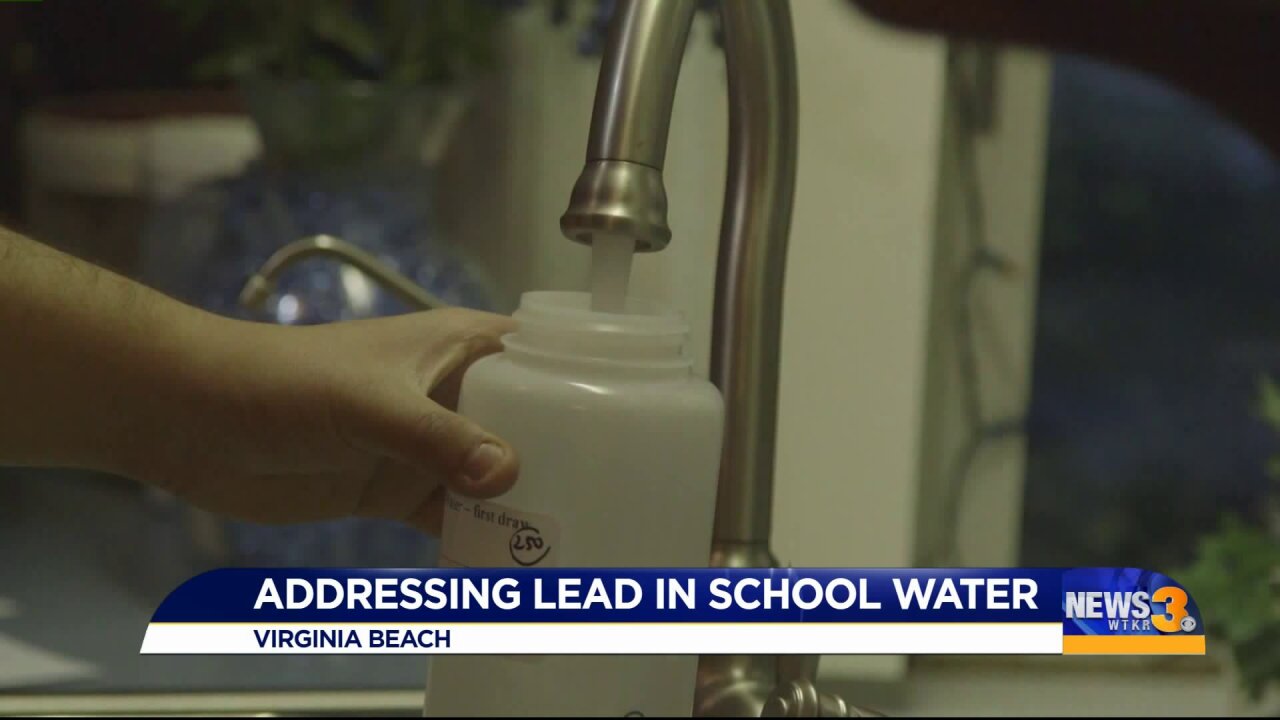 Luria sent a letter to the Virginia Beach City Public Schools superintendent on Wednesday expressing "grave concerns" about the issue and questioning the school system's response. A few hours after her letter, the school system issued a reply to her defending their response.

"I feel confident that from the moment I became aware of this, this has been a top priority for me and my staff," Spence said in an interview with News 3 Thursday. "We have handled it as best we could since that moment."

Luria said her office has been getting calls from people concerned about the issue and wanted several questions answered. Among them -- why the school system didn't notify parents until early November.

Spence admits senior staff should've been told about the issue sooner. Staffers did the testing over the summer and some of the results came back in September.

Spence didn't learn of the problem until late October, but says he directed staff to take immediate steps to remedy the situation within hours.

As for when parents found out, Spence says he wanted to make sure staff understood the data and its meaning, adding he's a parent, too. "When information comes to me about what's happening in my child's school, I want it to be as accurate and thorough as possible," he said.

An outside consulting firm will do a review of the response including to provide answers on why staff didn't alert senior staff until late October, Spence said.

Luria said she wants to focus on solutions, but still has unanswered questions. "I really don't understand why there was over a six-week, roughly, delay from the initial identification of the reporting, but at this point, we're beyond that and our goal should be to find a remedy," she told News 3 Thursday.

School leaders say they need more guidance from lawmakers about how to address issues like this, including how often testing should be done and what the exact requirements are. Spence said there's a high cost to the testing, as well.

"What we are understanding through this process is that there's very little regulatory guidance," he said.

Luria said she'll work with Rep. Bobby Scott, the Chairman of the Education and Labor Committee, to help provide some of those answers. "I feel that all of the appropriate parties are engaged and the level of attention and the quick response to the letter does give me confidence that we're all connected on this issue," she said.