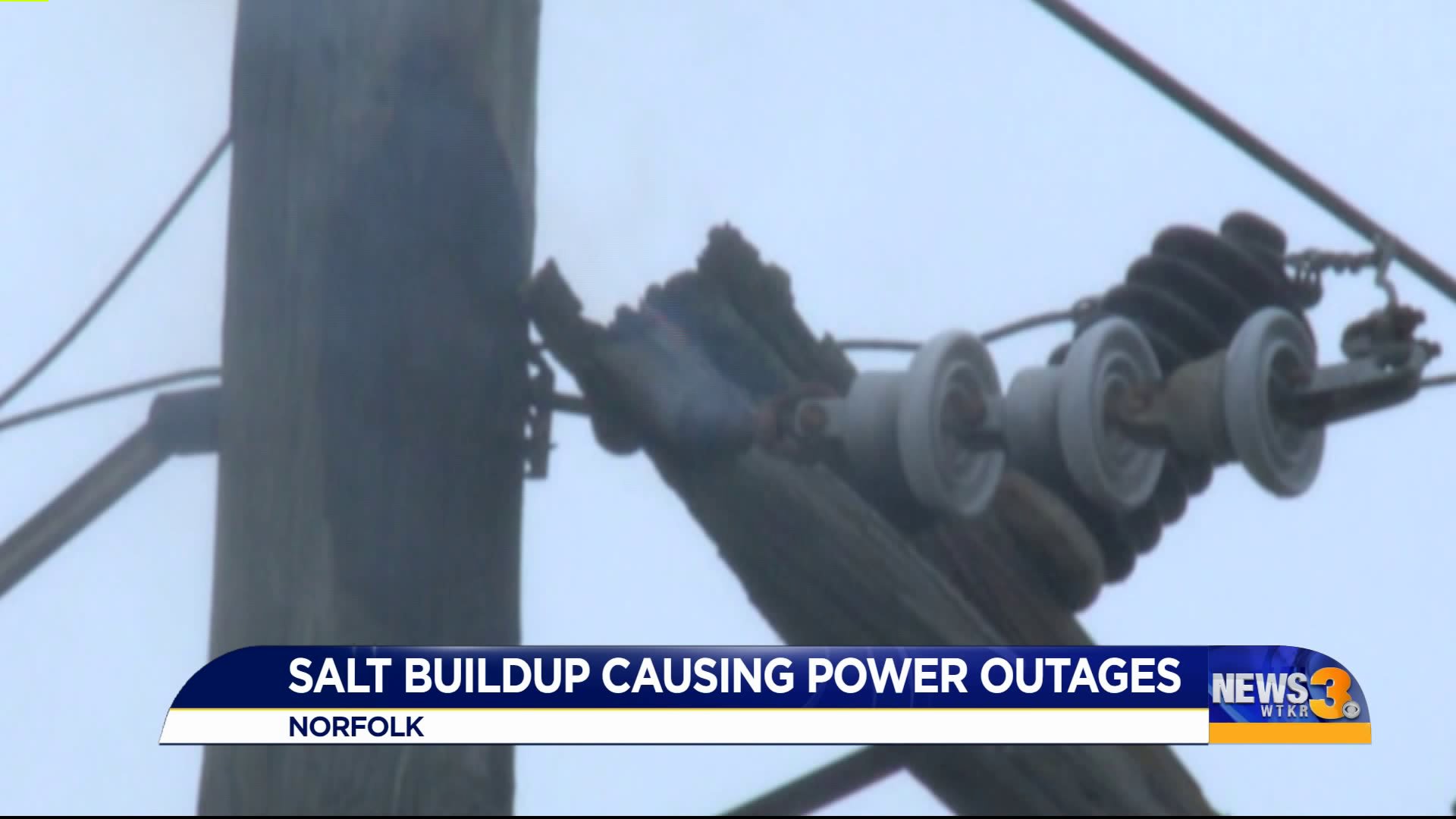 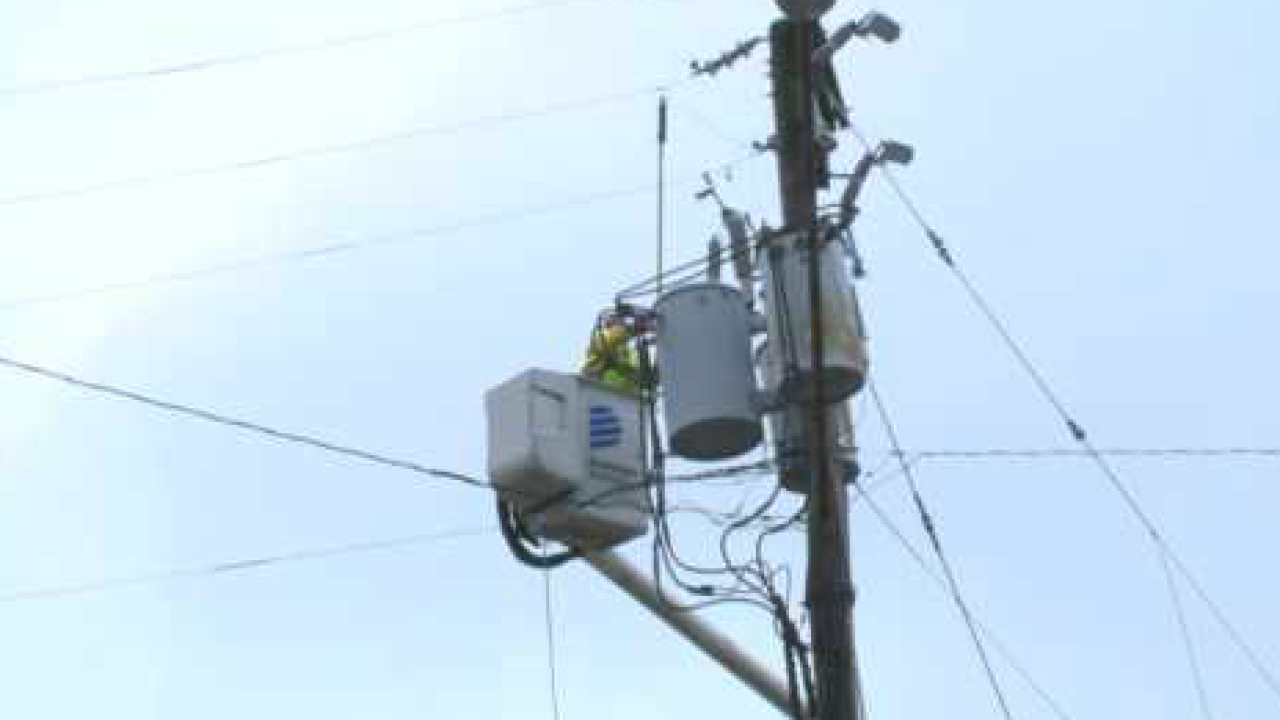 NORFOLK, Va. - Power outages were reported throughout Hampton Roads over the weekend as a coastal storm hit the region. One cause was salt from the ocean blown onto power lines.

Salt buildup on power lines have caused sparks and minor fires on utility poles in the past. Bonita Billingsley Harris, Dominion Energy's Media and Community Relations Manager, told News 3 there is equipment put in place to mitigate salt buildup.

She added that while salt buildup can be a concern, it is not the most common problem.

“Our power lines are exposed to a number of natural elements that cause outages, including wind, trees, ice, animals and in isolated areas along the coast with very specific weather conditions, salt contamination," Harris explained.

Dominion Energy customers told News 3 they did notice lights and appliances such as televisions flickering during the storm.

Norfolk City Councilman Tommy Smigiel posted a statement on Facebook, which said, "Maybe Dominion Energy can start spending some of the billions of dollars they make every year on under-grounding power lines in places like Ocean View so they don't have to deal with these types of issues."

"Underground power lines can be more expensive, but in areas where it makes more sense, it can help us with quicker restoration," Harris said. "That process takes many factors into consideration including the potential for flooding, which is a problem for coastal areas as well, so it’s a balancing act.”

Dominion Energy said there are no planned projects, including underground projects, for Ocean View. Harris added the reason is because "the area has performed very well overall for the last few years."

"It’s impossible to know everywhere the salt may build up and when it could cause a power outage," Harris said.

The salt buildup can be removed by rains or by a power wash.