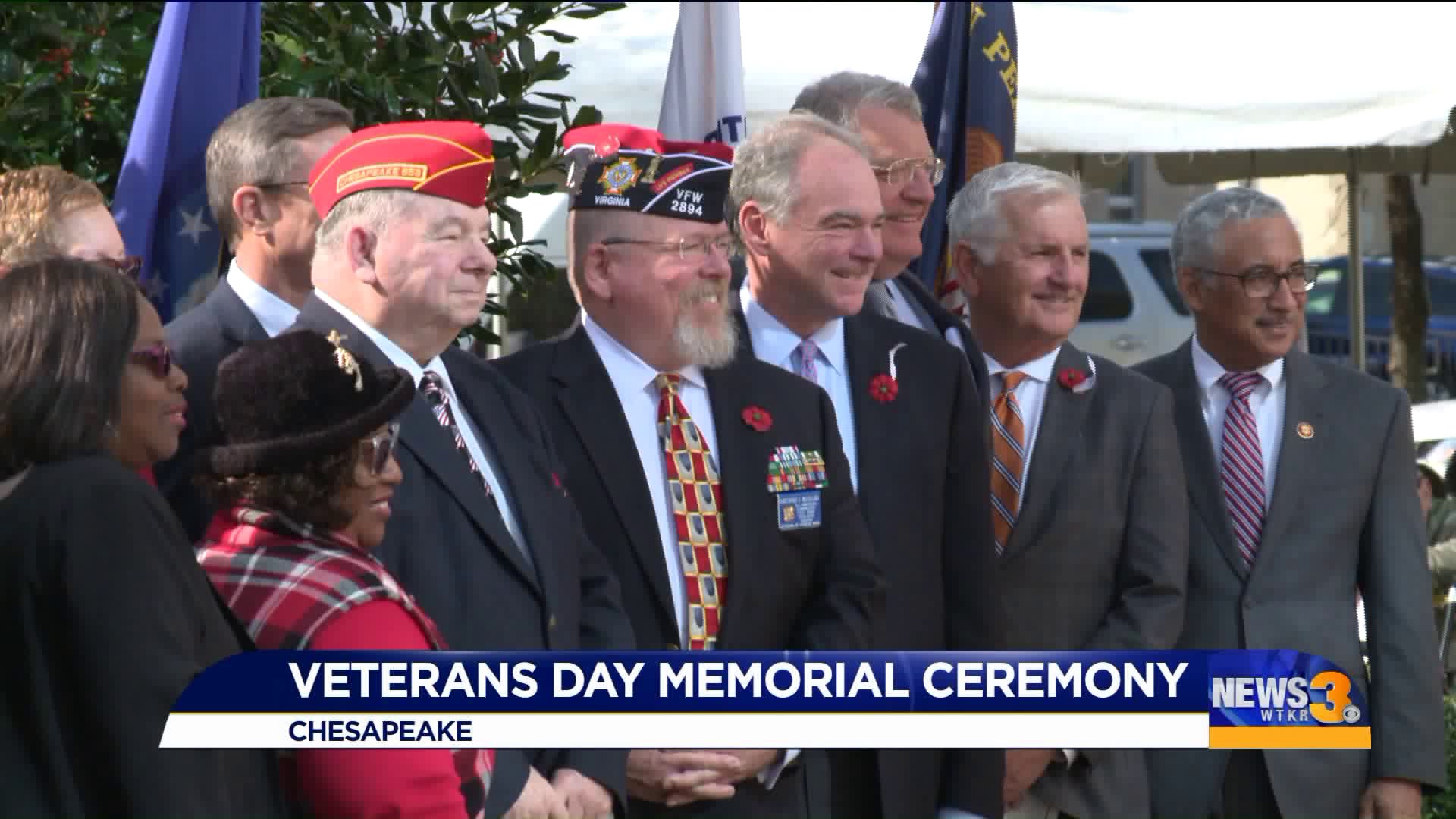 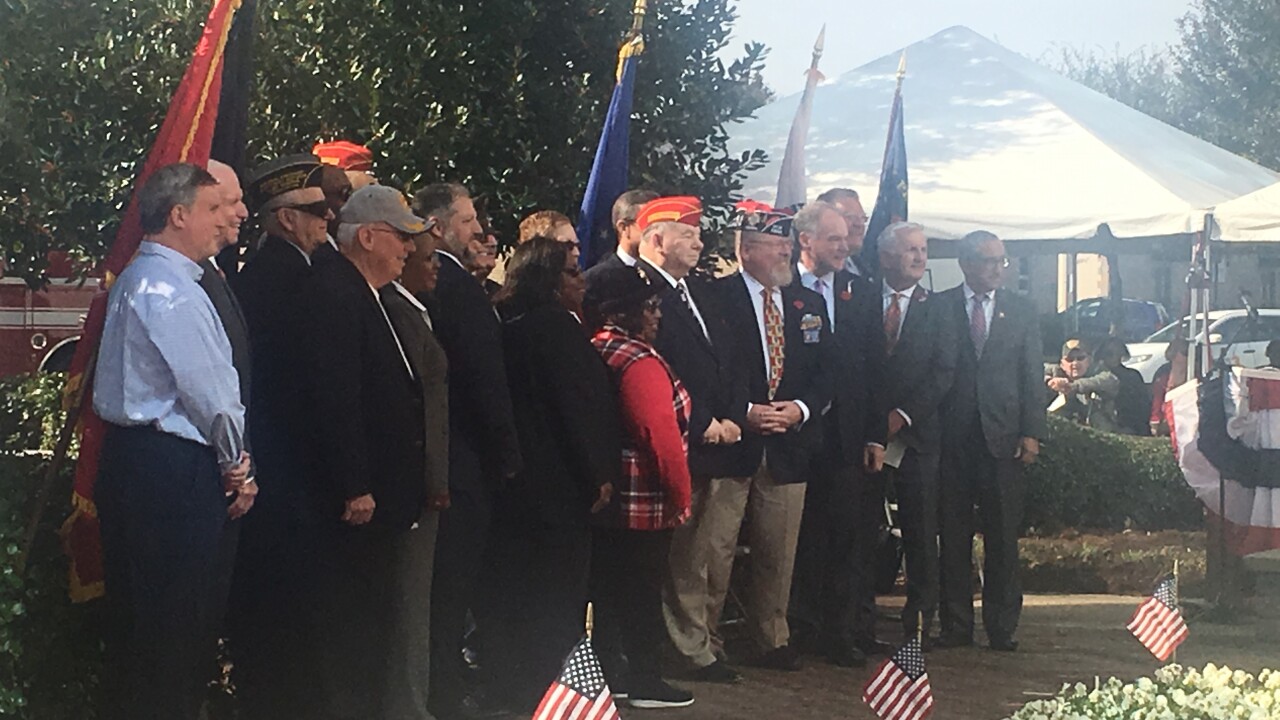 CHESAPEAKE, Va. - Honoring the brave who served our country so we could have our many freedoms of today. Veterans Day is one to always show reverence.

Senator Kaine delivered the keynote address Monday, and one of the biggest take a ways from his speech is when he quoted a part of President Harry Truman's speech while in Germany back in 1945. He said military sacrifices were not just for the United States but for the entire world. He also said, "Let us not forget we are fighting for peace and for the welfare of mankind and not for conquest." 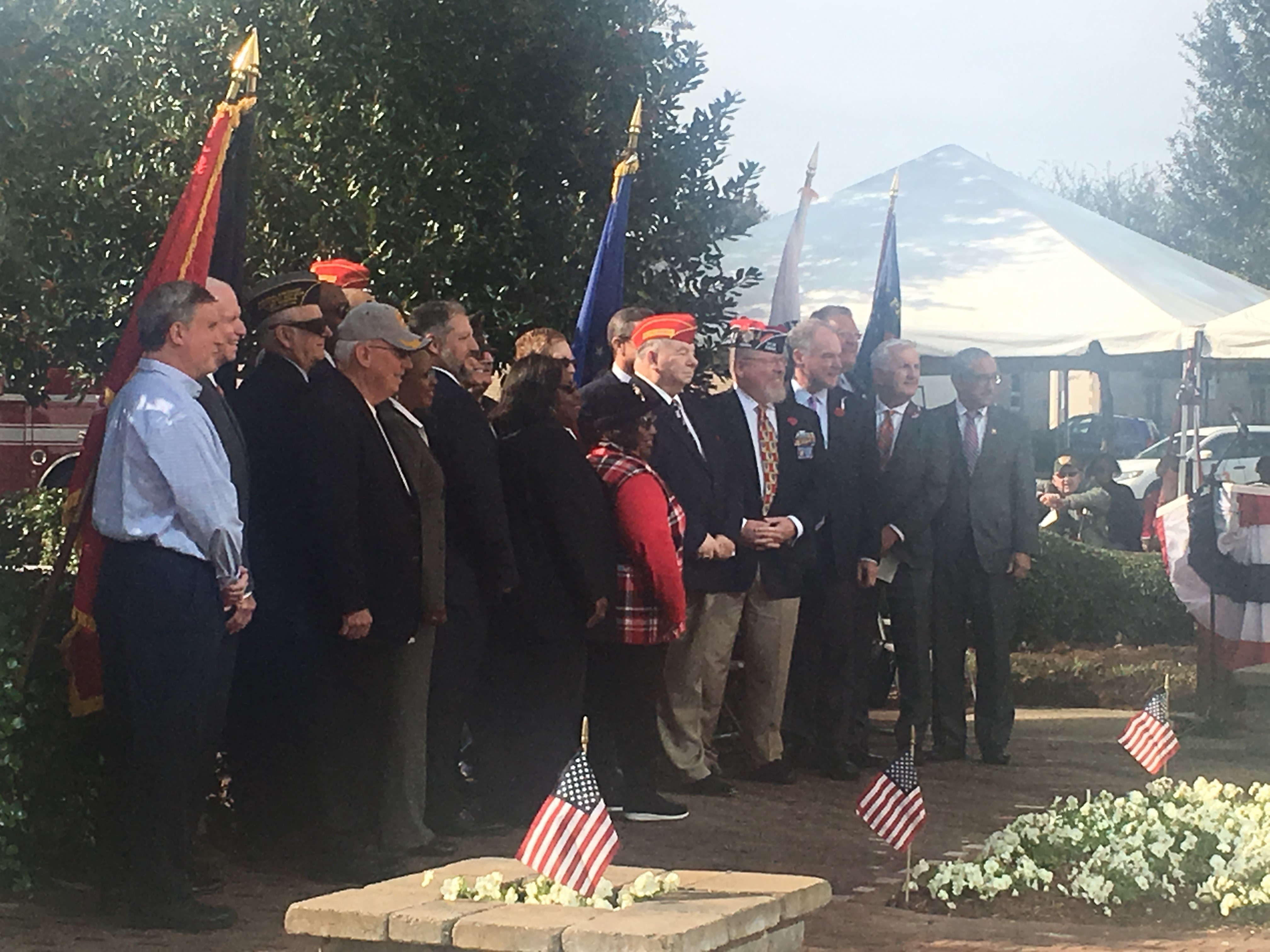 The ceremony, hosted by the Mayor’s Commission on Veterans Affairs, honored those who have served, those currently on active duty, as well as retired members of the U.S. military.

"My husband is a retired Army veteran and my son is a retired Navy commander veteran, so we need to make sure we pay tribute to them for the sacrifices they've made," says Dr. Ella Ward, Chesapeake City Council.

"This means a lot to me. To be able to come home again and actually have people in my own city, in my own state to honor me and to have the Senator here, Congressmen here, it really means a lot to me personally and militarily," says Torilus Ward, Retired Commander of U.S. Navy.

At the ceremony, there was also a presentation of plaques to honor veterans who have passed away.

During his speech, Senator Kaine said Virginia is the most military connected of any of the 50 states. 1 out of 9 Virginians is a veteran.