Virginia Beach race could be heading for a recount 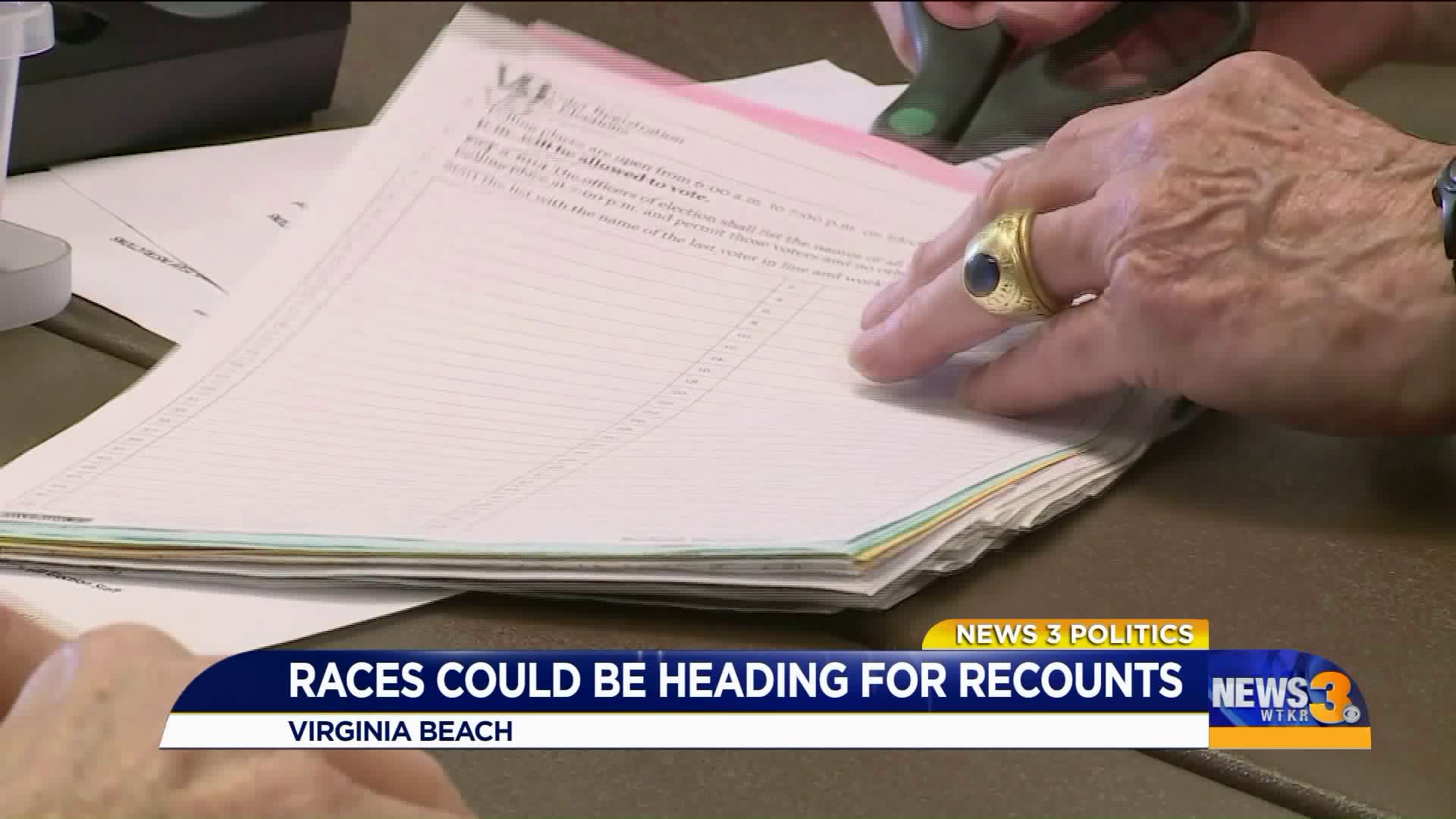 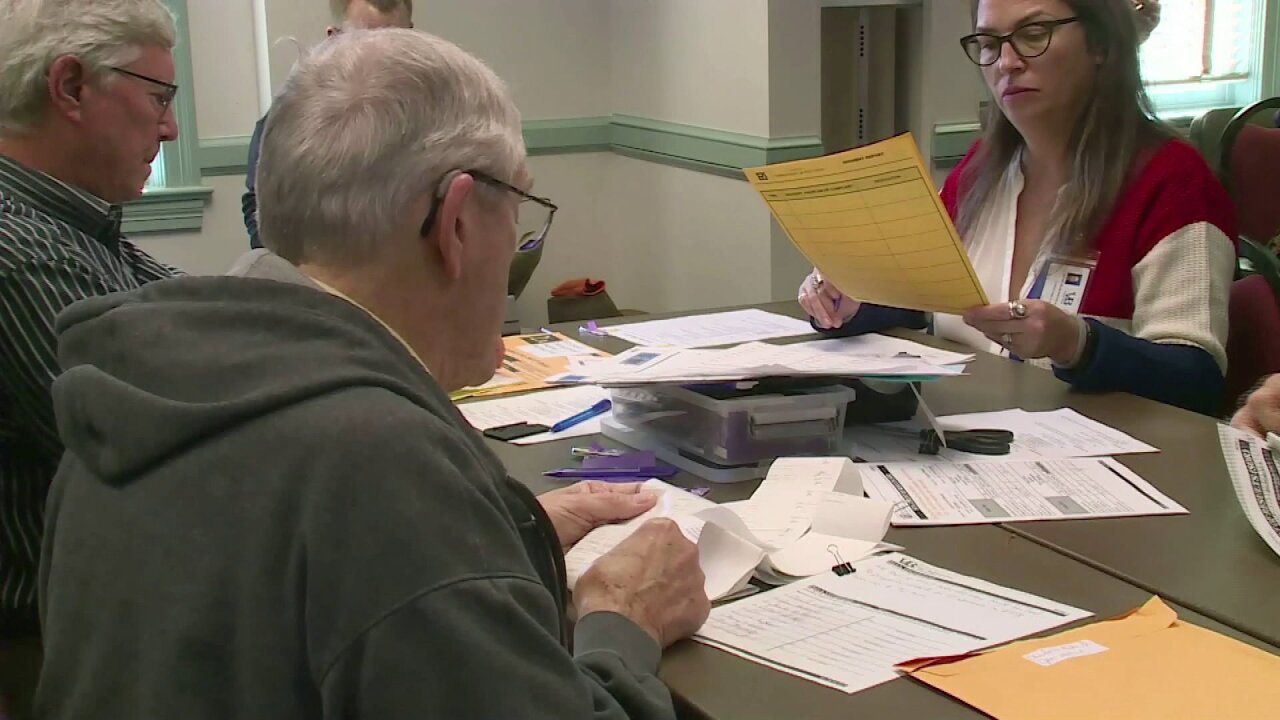 Democrat Nancy Guy had an 18-vote lead over Republican Chris Stolle in the 83rd House of Delegates race, while Republican Jen Kiggans had about a 500-vote lead over Democrat Cheryl Turpin in the seventh Senate race.

Both races were within one percentage, meaning they could be eligible for recounts if the losing candidates request them.

On Wednesday, the Stolle and Turpin campaigns didn't want to comment. Instead, campaign staffers packed into a conference room inside Building 14, which houses the Voter Registrar's Office, as election officials canvassed the results.

On Thursday Turpin officially conceded the race for the 7th Senate District to Kiggans.

Canvassing lasted until late Wednesday or early Thursday. During that time, election officials double-checked to make sure the results are accurate.

The results generally don't change, according to Donna Patterson, the Voter Registrar.  It is possible though. "That's what this canvas is about -- just in case we weren't accurate," she said.

Provisional ballots will be counted on Friday afternoon and then the results should be certified by the close of business Friday, according to Patterson. Once that process is complete a candidate has 10 days to request a recount.

This year there seems to be extra scrutiny about the numbers. On Tuesday night, the state elections website crashed as results were coming in, leading to confusion.

"It was kind of a really confusing night with who had what numbers and what numbers were right," said Del. Glenn Davis, who won reelection in the 84th House District. "It became a very late night, unfortunately."

Davis came to the canvas to observe, even though his race appears to be above the margin for a recount.  "Just in case something pops up, I wanted to be here and that's what we're watching out for, but it looks like no surprises so far," he said.