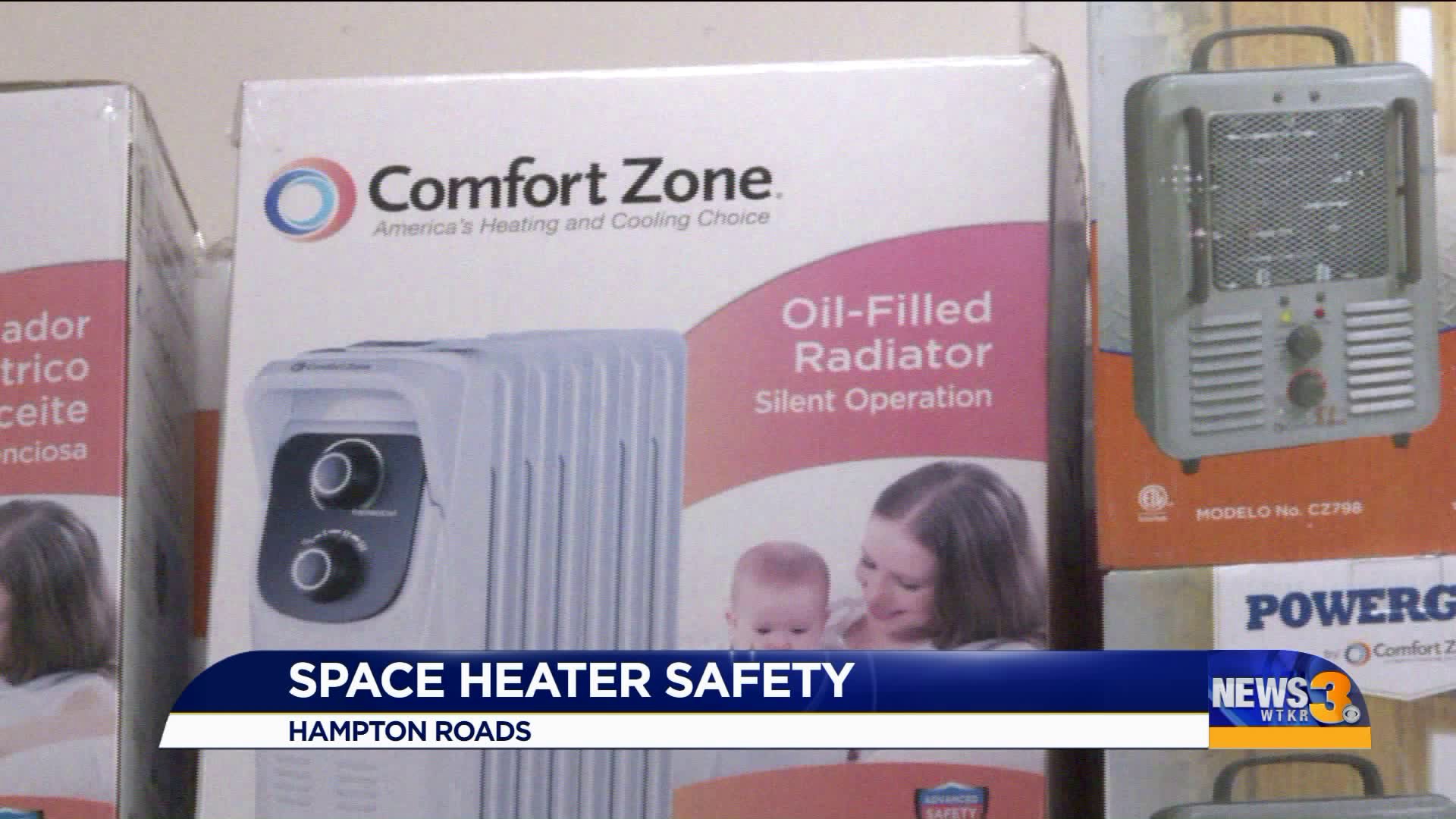 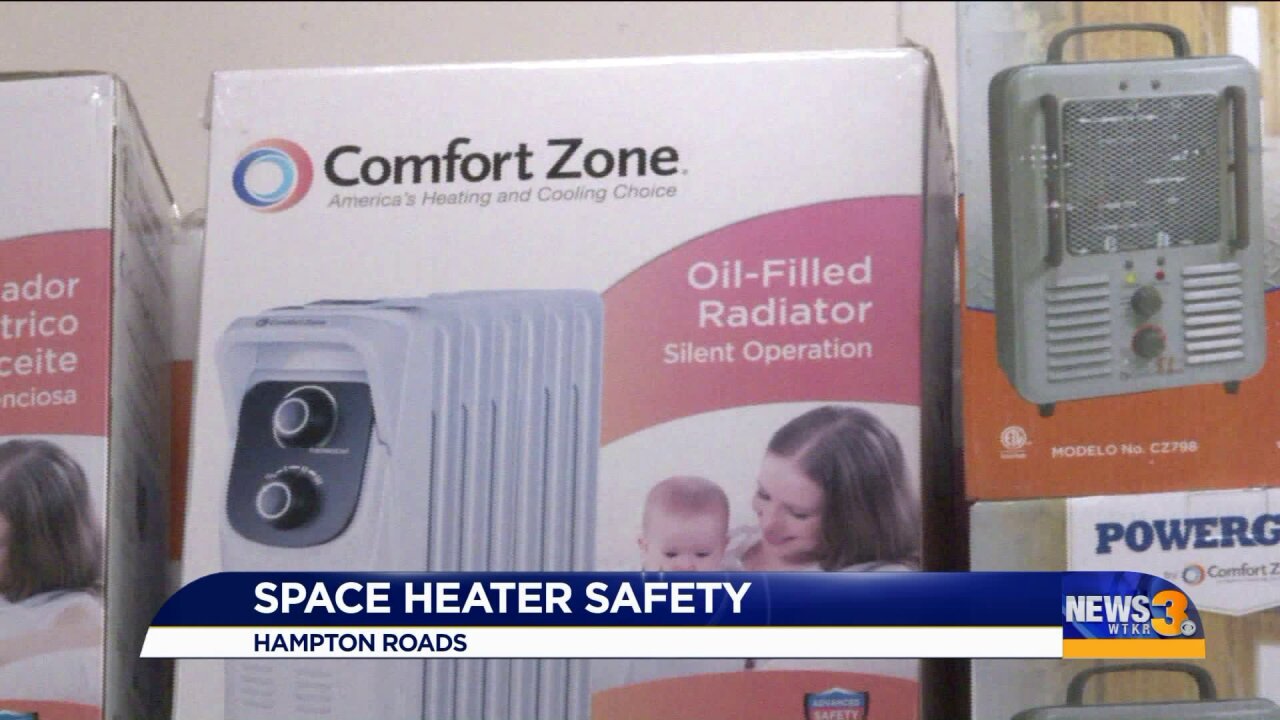 This device can give you some needed warmth, but use it negligently and your home could be in danger.

“Cooking is the leading cause of residential fires, right behind cooking is heating equipment," Art Kohn, with the Virginia Beach Fire Department, said.

Scenes of house fires started by those space heaters are no surprise to the Virginia Beach Fire Department. It said firefighters have seen those kinds of fires happening in the city.

“We have gone to fires where there was a laundry basket next to a space heater," Kohn said. "You don’t want anything that can burn too close a space heater.”

That is one way to prevent a space heater fire. Kohn also said to always plug a space heater into a wall outlet. Never use an extension cord or power strip. Turn space heaters off when you’re not at home and before you go to bed, especially if it uses fuel. Kohn said fuel-burning space heaters can produce carbon monoxide - an odorless, colorless and tasteless gas that can kill without warning.

“You go to bed with that kerosene space heater on and it stays on all night - it may be a very long time before you wake up again," Kohn said.

He also stressed that if a heater uses one kind of fuel such as kerosene, only use the specified fuel.

The National Fire Protection Association reported more than 52,000 fires between 2012 and 2016 that involved some kind of heating device. From those fires,  about 490 people were killed.

Kohn said it is all about using common sense.

“There’s nothing difficult about them," He said. "They don’t require any additional equipment or expense, just a little bit of time and consideration.”