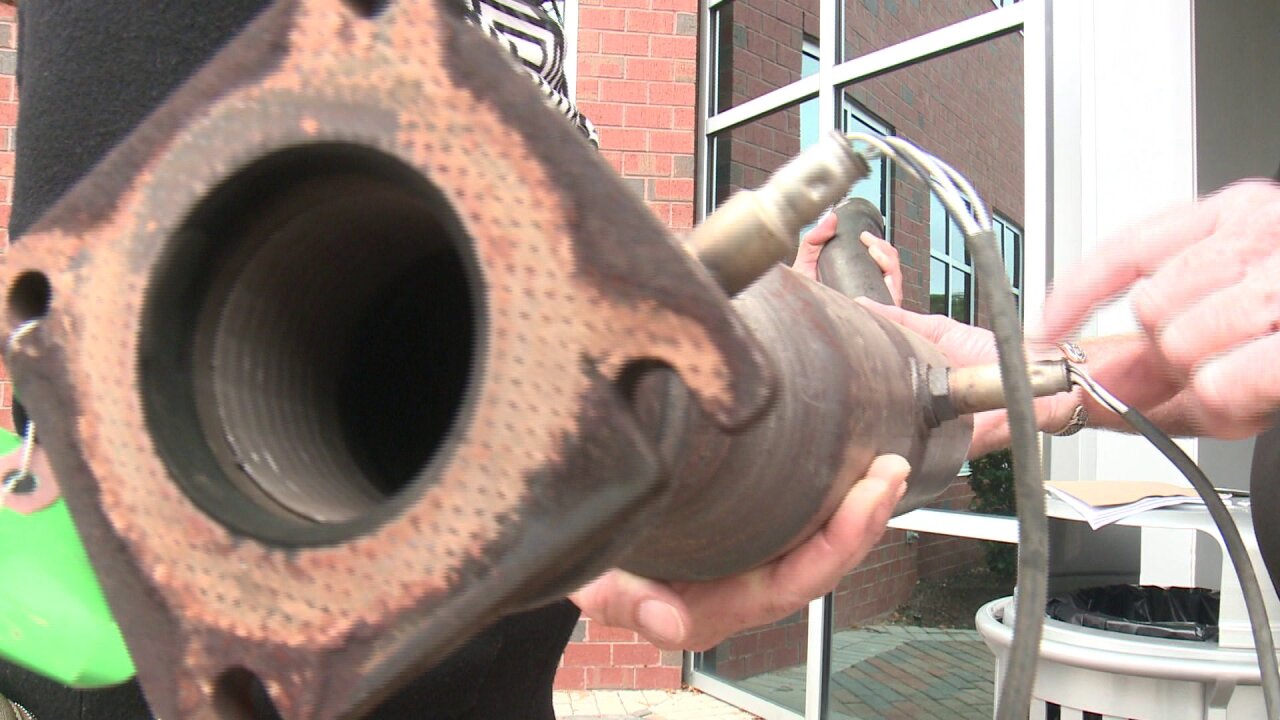 First News 3 told you about problems of catalytic converters being stolen in Virginia Beach.

Then church vans were hit in Chesapeake, reports were taken in Suffolk and now shocking numbers are coming out of Portsmouth.

One business had 255 catalytic converters stolen overnight on October 5. That is a loss of $31,000, according to a search warrant.

Anyone who drives could be affected as police are taking hundreds of reports of stolen catalytic converters in Hampton Roads and thieves could be eyeing your vehicle.

Virginia Beach Police have been dealing with numerous cases since the beginning of the year, according to a search warrant.

News 3 met up with Art Walker, who owns Art Walker’s Auto Service, back in early October. He said they have fixed at least a dozen vehicles that needed new catalytic converters over the past month.

“It’s expensive to repair. Some people can’t repair them because they're worth more than the car,” said Walker.

“There’s platinum-based material in it and they steal it for that, and then they turn it in to a scrap yard,” said Hall Automotive Divisional Fixed Operational Director David Pickett. “When the price of metal goes up, catalytic converters start coming off the cars.”

Experts said the part costs several hundred dollars - and could be up to $1,000 to replace without the cost of labor.

Court documents reveal a Portsmouth business had 255 catalytic converters stolen overnight on October 5 which was a loss of $31,000, according to a search warrant.

Currie Whalen is the General Manager for Culligan Water off Victory Blvd in Portsmouth. Her business one of the latest victims. She said three of their delivery trucks were vandalized and the catalytic converters taken off the trucks.

“It’s frustrating and you feel a little helpless at the same time,” said Whalen. She said they cut a hole in the fence of her business to gain access to the vehicles. “Our guys came in and started up the vehicles and noticed something wrong immediately,” said Whalen.

Experts said it can be an expensive part and it’s needed to make the car function.

Jesse Owsley is a mechanic from Dail's Auto Repair and has worked on hundreds of cars. He said the materials inside a catalytic converter are valuable.

“It goes for money and people take anything that goes for money. It more so hurts the businesses that have to pay out of pocket to get catalytic converters,” said Owsley.

Catalytic converters are often sawed off the vehicle in a matter of seconds. So what can people do to protect their property?

“Put the car in the garage if you drive a truck or anything else that sits off the ground. Those are the ones that are easy to get under two minutes, then cut one off in about two minutes. They’re not going to hit low to the ground vehicles,” Pickett said.

We reached out to the police in Hampton Roads about the number of stolen reports in their cities in 2019.

Here are the latest reported cases: