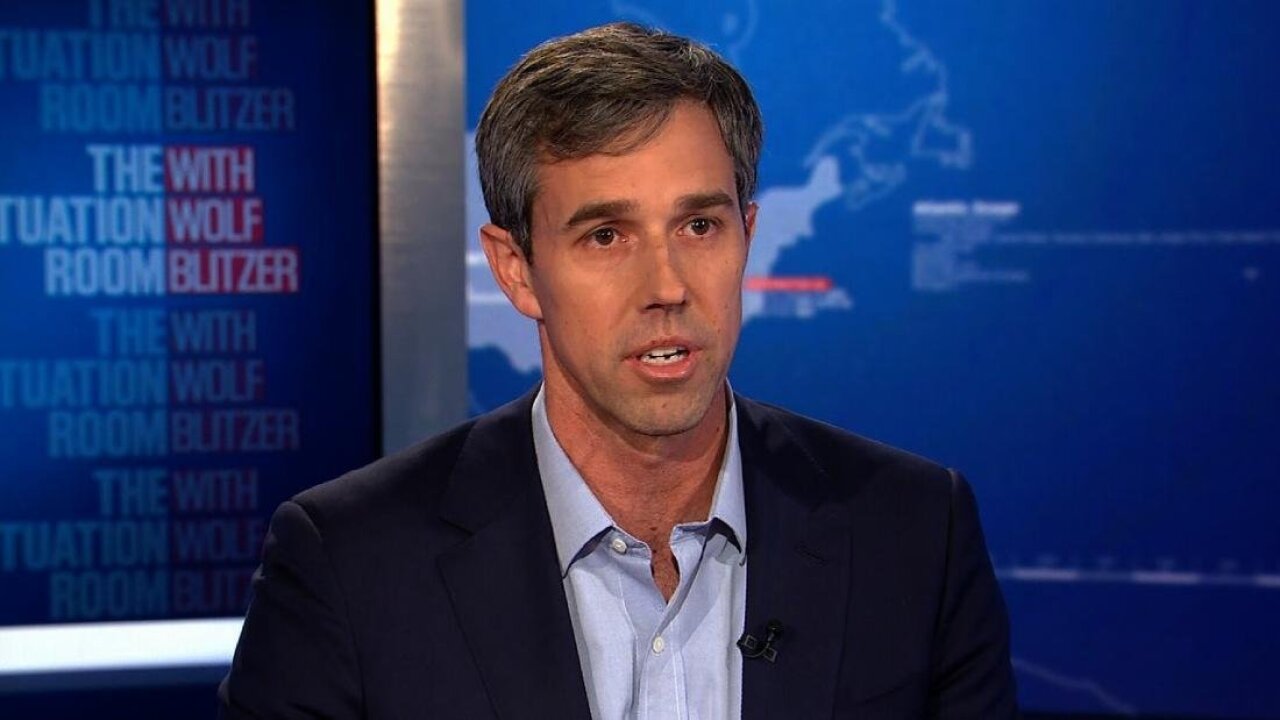 He announced his exit hours before Iowa Democrats began their biggest evening of the year — with most of the party’s presidential field set to speak at the packed Wells Fargo Arena in Des Moines for the Liberty and Justice Celebration.

“We have to clearly see at this point that we do not have means to pursue this campaign successfully,” he told disappointed supporters — some of whom had traveled from out of state to see him — at what had been planned as a pre-event rally.

It was a quiet end to a campaign that had begun with high expectations. O’Rourke had been encouraged late last year in a private meeting with former President Barack Obama. He’d been lauded by Oprah Winfrey in an interview before his entrance. He appeared on the cover of Vanity Fair the day before he officially became a candidate. And he raised $6 million on the first day of his campaign.

O’Rourke made his decision to drop out this week, under the pressure of lagging fundraising.

His top advisers had concluded that his fundraising pace meant he’d have to slash spending — likely meaning major staff cuts — in order to pay for the advertising he’d need to get the small boost required to qualify for the debate stage in November. O’Rourke raised just $4.5 million in 2019’s third quarter and ended it with just $3 million cash on hand.

O’Rourke’s recent fundraising emails have hinted at this possibility. One sent Wednesday said that raising money was critical to “making sure we don’t have to slash funds from our organizing teams or early state ads (these programs are critical to building our momentum on the ground).”

His campaign manager, Jen O’Malley Dillon, informed a small group of senior staffers of his decision Thursday morning. Then O’Rourke told his full team in an all-staff call Friday afternoon.

In Des Moines, organizers were pulling up “Beto” signs before a night in which many had hoped to see him deliver a breakout speech. Stunned supporters held back tears as they waited for O’Rourke to arrive.

Frankie Farmer, a 78-year-old retiree, had traveled from her home in Virginia Beach, Virginia, “just for this.”

“And,” she said, pointing to his potential to win his home state’s 38 electoral votes, “Texas! Damn — Texas!”

Her friend Louise Ware, a 74-year-old retiree from Austin, Texas, said she blames the national media for O’Rourke’s candidacy fizzling. She said she thought the coverage of him was punitive over O’Rourke deciding to hold weeks of town halls before accepting national television interview requests.

“That’s the way he works, and they didn’t understand it. They wanted him on TV right away, and he wouldn’t do it,” she said.

Brian Hardwick, who was Al Gore’s national finance director and had traveled from Atlanta to hear O’Rourke speak, said he was “stunned.”

“I had a whole career in politics but nobody ever got me out to Iowa — until this guy,” he said of O’Rourke.

O’Rourke told supporters in an email that he will not run for office next year. That means he won’t become a Senate candidate from Texas, despite pleas from some Democrats for him to take on Republican Sen. John Cornyn.

“Though this is the end of this campaign, we are right in the middle of this fight. I will do everything that I can to support the eventual nominee of this party with everything that I’ve got, and I encourage every single one of you to do the same,” he said. “I will still be part of all the causes that brought us here together in the first place, whether it is ending gun violence or confronting climate change before it is too late or addressing the structural racism in America or making sure this economy works for every single one of us. I will still be part of the fight.”

O’Rourke’s campaign changed gears drastically in August, following the mass shooting that left 22 dead at a Walmart in his hometown of El Paso.

O’Rourke paused his campaign for nearly two weeks, then returned as a strident advocate for gun control measures — including mandatory buybacks of assault-style rifles. He made waves in a debate by saying, “Hell, yes,” he would take away Americans’ AK-47s and AR-15s.

His position led to criticism from Democrats in Washington, including Senate Minority Leader Chuck Schumer of New York. But it also injected energy — and a central cause — into his flagging campaign.

Still, that momentum wasn’t enough to carry him in a crowded Democratic field, with voters already narrowing their lists of candidates to consider.

O’Rourke’s former Democratic rivals praised him on Twitter on Friday, saying they appreciated his commitment to the issue of gun violence.

“Your commitment to ending gun violence and uplifting the voices of the victims and their families has made this presidential race—and our country—stronger,” Sen. Elizabeth Warren of Massachusetts tweeted.

Former Vice President Joe Biden said O’Rourke had faced tragedy in his hometown and “responded with compassion and leadership, looking into the eyes of people who just lost loved ones and pledging his total resolve. His passion for solving our gun crisis has been inspiring to anyone who has seen him.”

Sen. Bernie Sanders of Vermont thanked O’Rourke “for running a campaign to bring millions of people together, fight for justice for all and end gun violence in America. We are grateful for your leadership.”

O’Rourke spoke in Hampton Roads in April in support of his campaign, hosting events in Norfolk, Hampton, Williamsburg, Henrico, Charlottesville, Fredricksburg and Alexandria, as well as Prince William and Fairfax Counties.

Our campaign has always been about seeing clearly, speaking honestly, and acting decisively.

In that spirit: I am announcing that my service to the country will not be as a candidate or as the nominee. https://t.co/8jrBPGuX4t