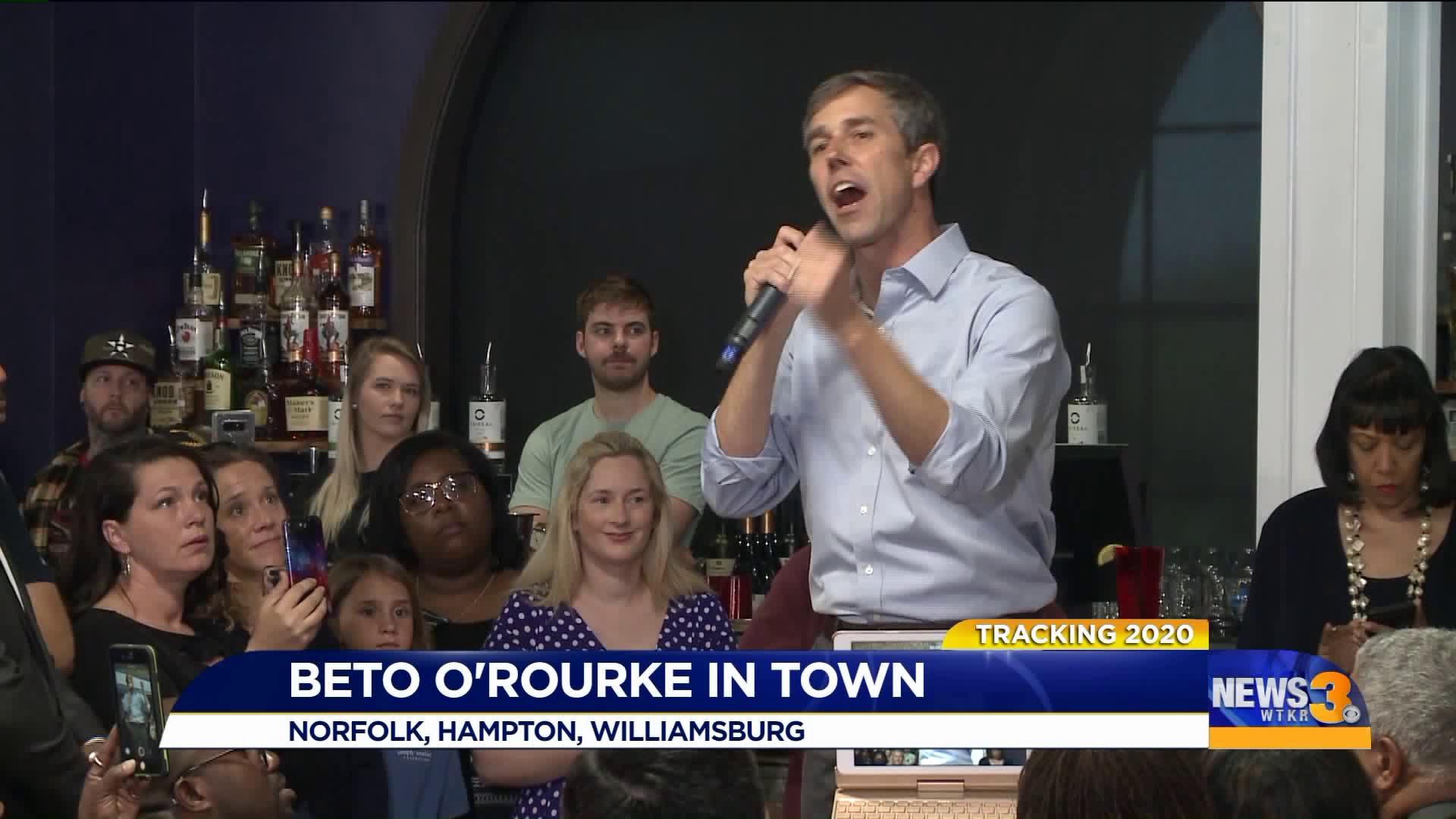 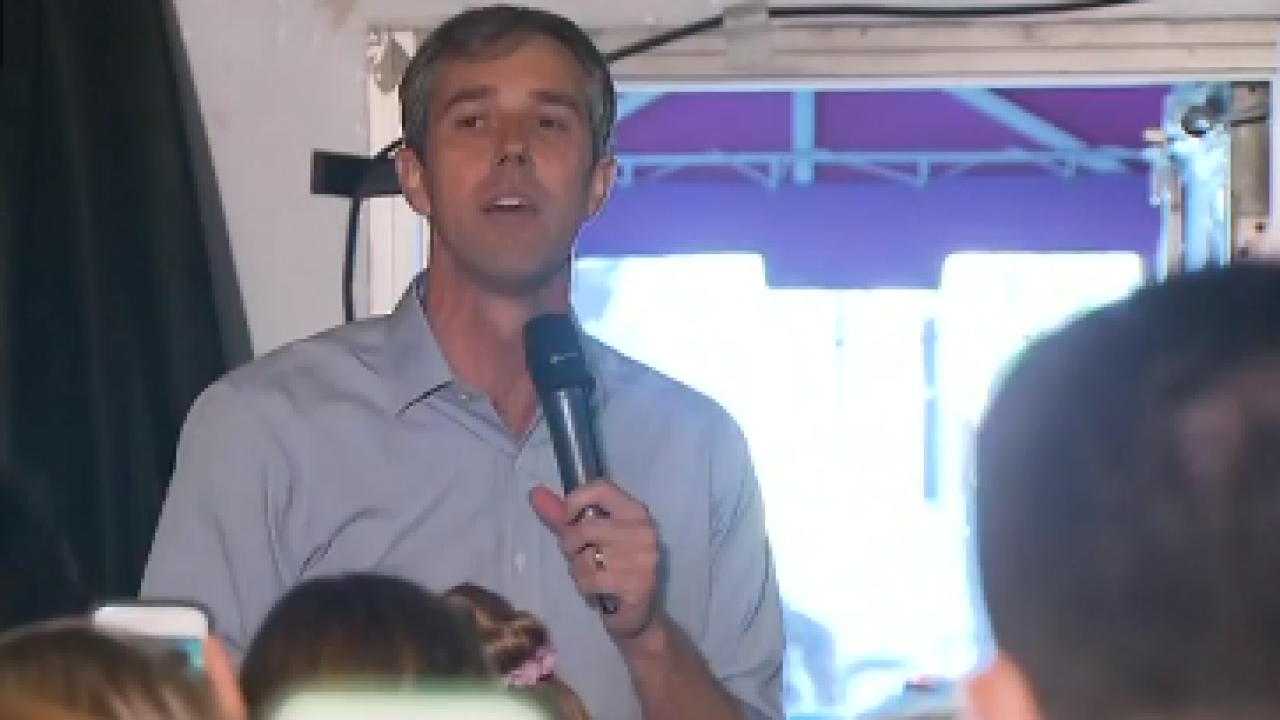 NORFOLK, Va. — Presidential contender Beto O’Rourke was in Hampton Roads on Tuesday as part of his campaign tour across the Commonwealth.

The Democratic candidate will visit a number of cities on Tuesday and Wednesday, marking the Commonwealth’s first visit this election cycle from a 2020 contender.

Big crowd here at the Vanguard in Hampton to see @BetoORourke https://t.co/o3N2I3tYXY pic.twitter.com/dlq4RXee9T

A member of O’Rourke’s campaign says the declared candidate will host meet and greets, town halls and other events in Norfolk, Hampton, Williamsburg, Henrico, Charlottesville, Fredericksburg and Alexandria, as well as in Prince William and Fairfax Counties.

According to CNN, he is also scheduled to make an appearance at the University of Virginia.

O'Rourke was thrown into the political spotlight during the 2018 midterm election in November, where he became one of the highlighted candidates of the election for the Democratic Party, even though he lost his U.S. Senate race to incumbent Ted Cruz.

O'Rourke was able to rally the Democratic Party in Texas, something that other liberal candidates had not been able to do in recent elections for a state that leans more conservative.

Next stop for @BetoORourke is William & Mary. Organizers say 600 people will get in. 550 students and 50 members of the public https://t.co/o3N2I3tYXY pic.twitter.com/ziQ02S4j6Z

Large crowds already starting to fill up Charlie's American Cafe on Granby Street in #Norfolk. Democratic presidential candidate Beto O'Rourke is expected to show up at any minute. https://t.co/wKrnargX62 pic.twitter.com/44MVl3IkDh 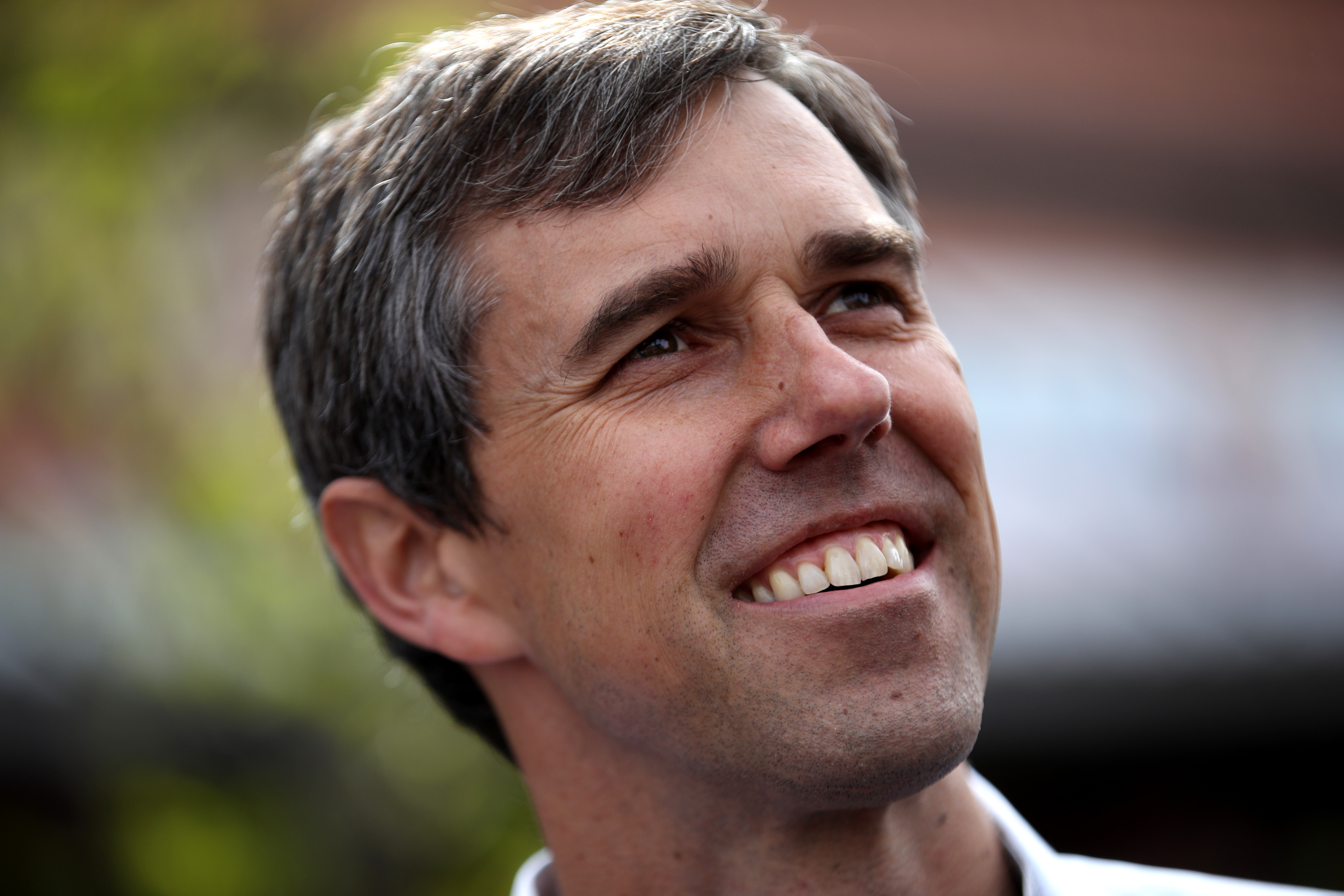