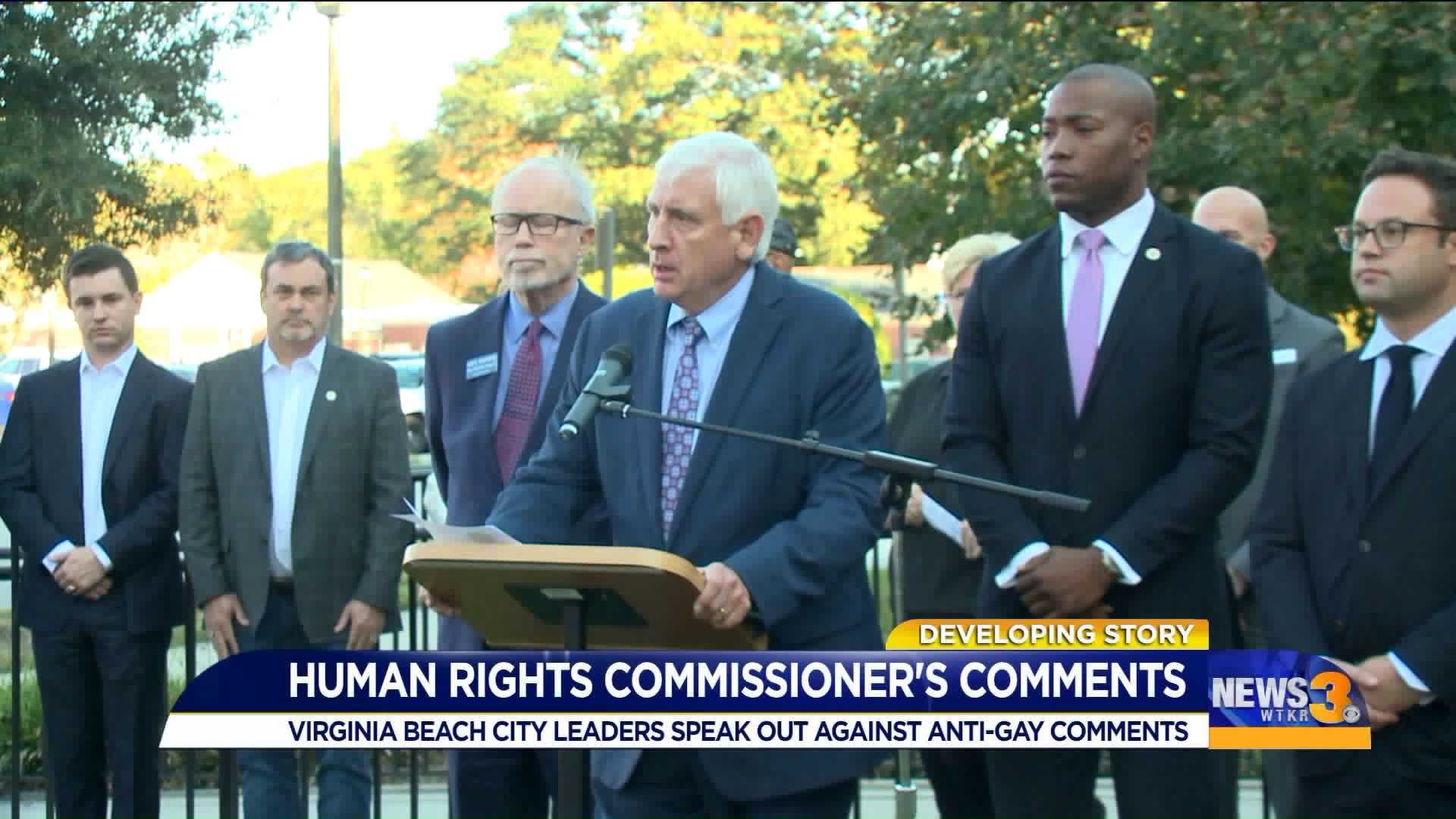 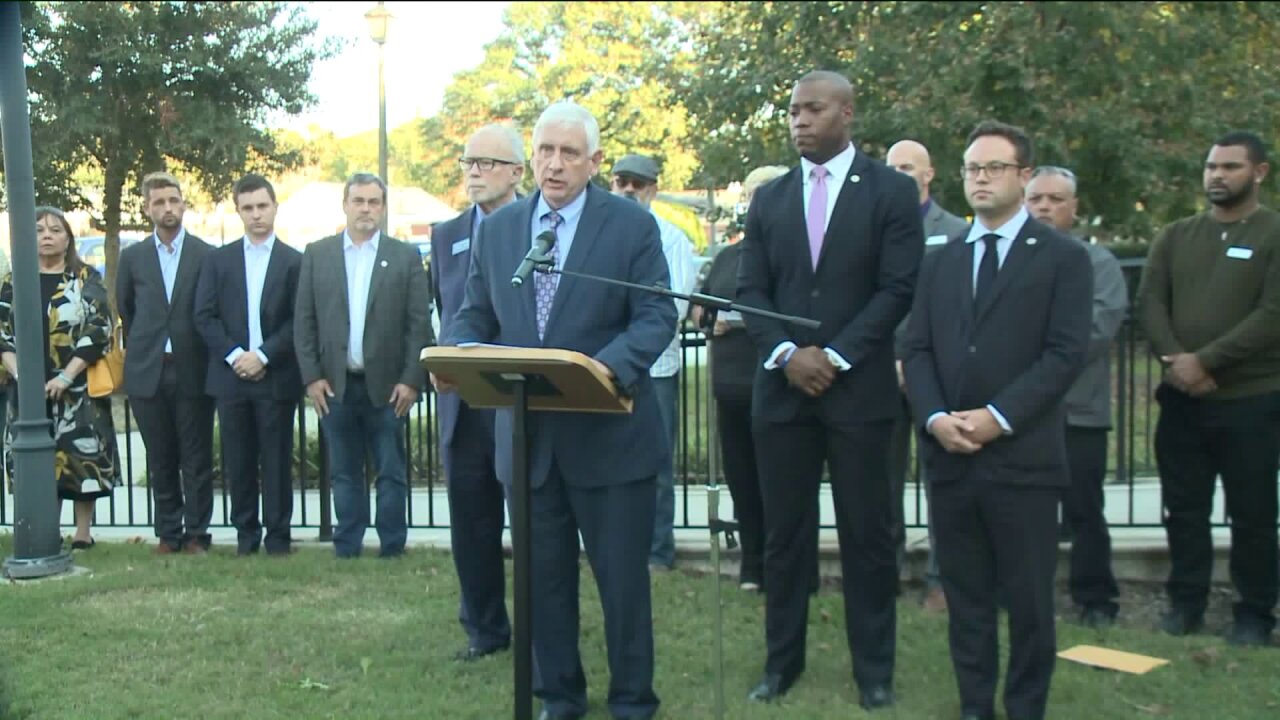 VIRGINIA BEACH, Va. - Virginia Beach Mayor Bobby Dyer said it would be "inappropriate" for Virginia Beach Human Rights Commissioner LaKendrick Coburn El to continue serving after hateful comments he made on social media against the gay and transgender communities.

"We believe the public comments of Brother LaKendrick Coburn El are contrary to these base goals that are the core of the Human Rights Commission, and it is no longer appropriate for him to serve in this capacity," Dyer said.

Under the name "Kenick El," El called same-sex relationships a mental illness and an "abomination" in a series of October 21 Facebook posts.

He also claimed that the use of public restrooms by transgender people places children at risk of harm through sexual predation, calling the claims his own "personal views" that did not reflect his work as a commissioner.

Councilmembers Louis Jones and Sabrina Wooten did not sign the statement. Thursday night, Councilwoman Wooten provided us with the following statement:

It was my understanding that there would be a scheduled meeting on Tuesday, October 29th to discuss this very unfortunate circumstance and bring a permanent resolution to this matter.  Hence, I felt it would be premature (with 3 business days prior to the City Council meeting amid fueling additional social media chatter) to sign a statement without addressing all of the necessary parties to include the Human Rights Commission, Mr. Kenick EL and my colleagues on City Council.  In the same manner, I did not want to let my initial reaction dictate my response rendering a knee jerk reaction.  History has demonstrated to us that this is not always the best way to respond. Accordingly, I look forward to conferring with my colleagues on City Council on Tuesday, October 29th to provide an official response to Mr. Kenick EL as this is a confidential personnel matter that requires a consensus of the body.

Thank you for your kind consideration. I appreciate your patience in this matter.

El made the following statement by email through public relations consultant Marcus Calabrese:

Sometimes it's better to listen and learn the perspectives of others. Those two things make us better servant leaders. The concerns and feelings expressed by so many I am committed to serve do weigh very heavy on me tonight.

I hear our communities and I remain committed to serve and to human rights, as I always have been. I look forward to talking about this commitment tomorrow and appreciate everyone's feedback. Please know I am listening, and hope it will make for a better dialogue moving forward.