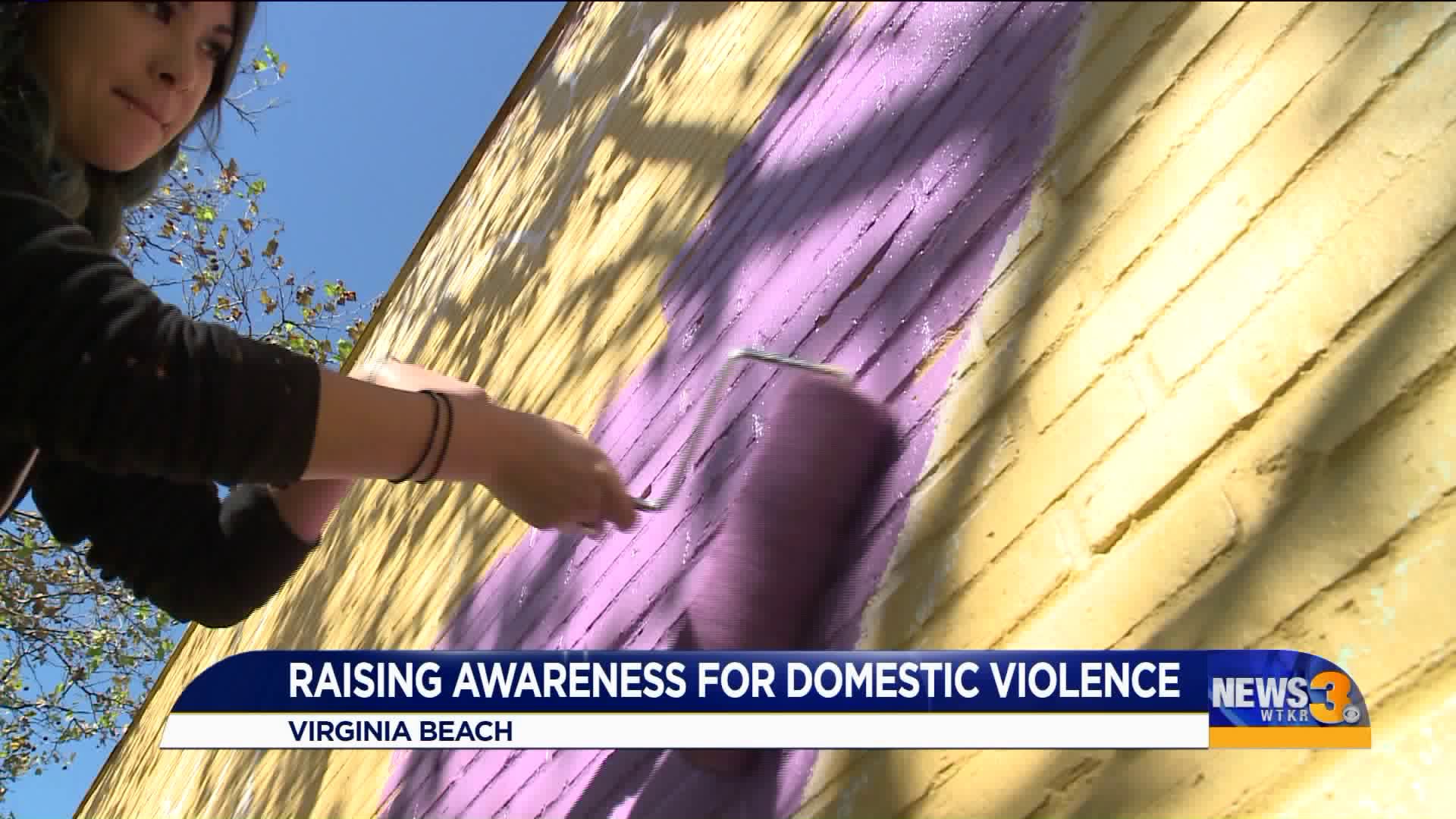 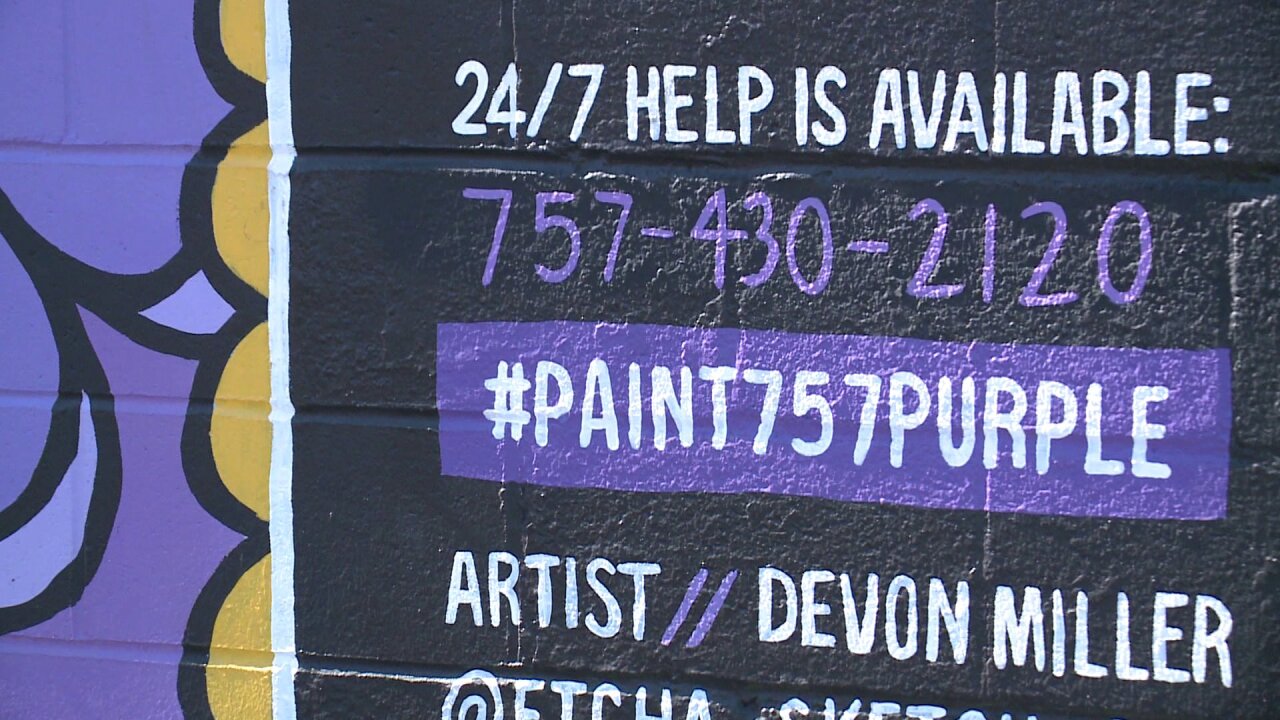 VIRGINIA BEACH, Va. - With each stroke, a once blank brick wall will soon reveal a deep message.

"We really see it as a mark of success if just one person sees this mural and decides it's time to break the cycle of violence and get help," said Eva Fuze, Marketing Coordinator with the Samaritan House in Virginia Beach.

Two artists are working to complete a mural this week called "Love Shouldn't Hurt," the billboard for a campaign called "Paint 757 Purple" that kicks off Thursday.

Fuze stressed 20,000 calls are placed to the domestic violence hotline each day.

To fight the epidemic, the Samaritan House is partnering with more than 50 businesses on October 24 around noon, with profits then going to help those abused.

"The money coming in from the campaign provides resources, food, diapers, transportation and medical visits - getting someone back to where they can have a fresh start," said Fuze.

The Samaritan House is also hoping you will wear purple yourself on Thursday, showing your support while helping businesses that are amplifying their voice against domestic violence.

"We also want to stress if this is happening to you, and you feel unsafe or less than in your relationship, you are not alone. There are resources, and we are here to help," said Fuze.

The mural should be complete by the end of the week. This will be the second one dedicated to domestic violence in Virginia Beach.

If you need help, the Samaritan House's 24-hour crisis hotline provides comprehensive, wrap-around crisis services to victims of domestic violence, sexual assault, stalking and human trafficking. You can reach this hotline at (757) 430-2120. 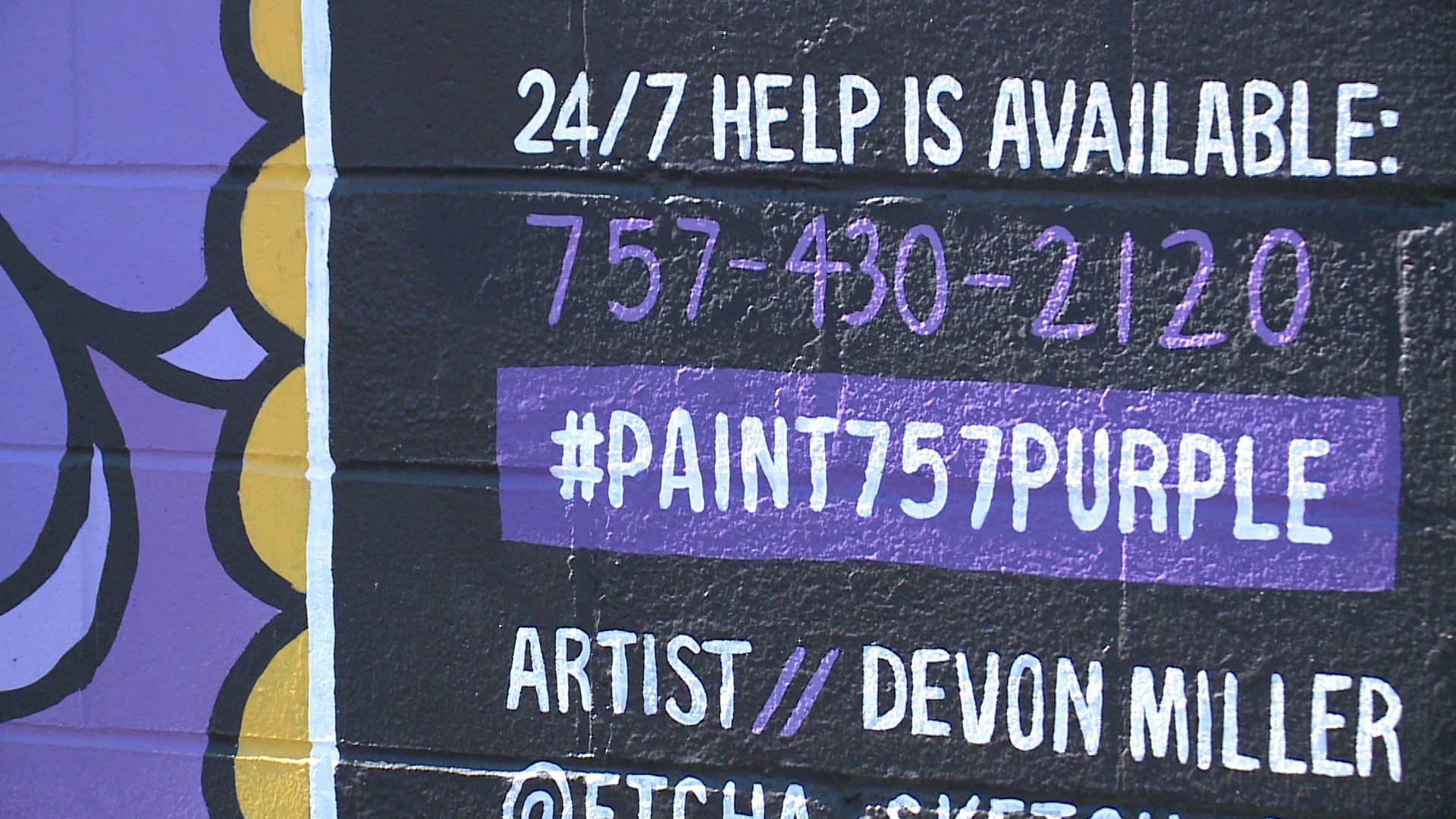