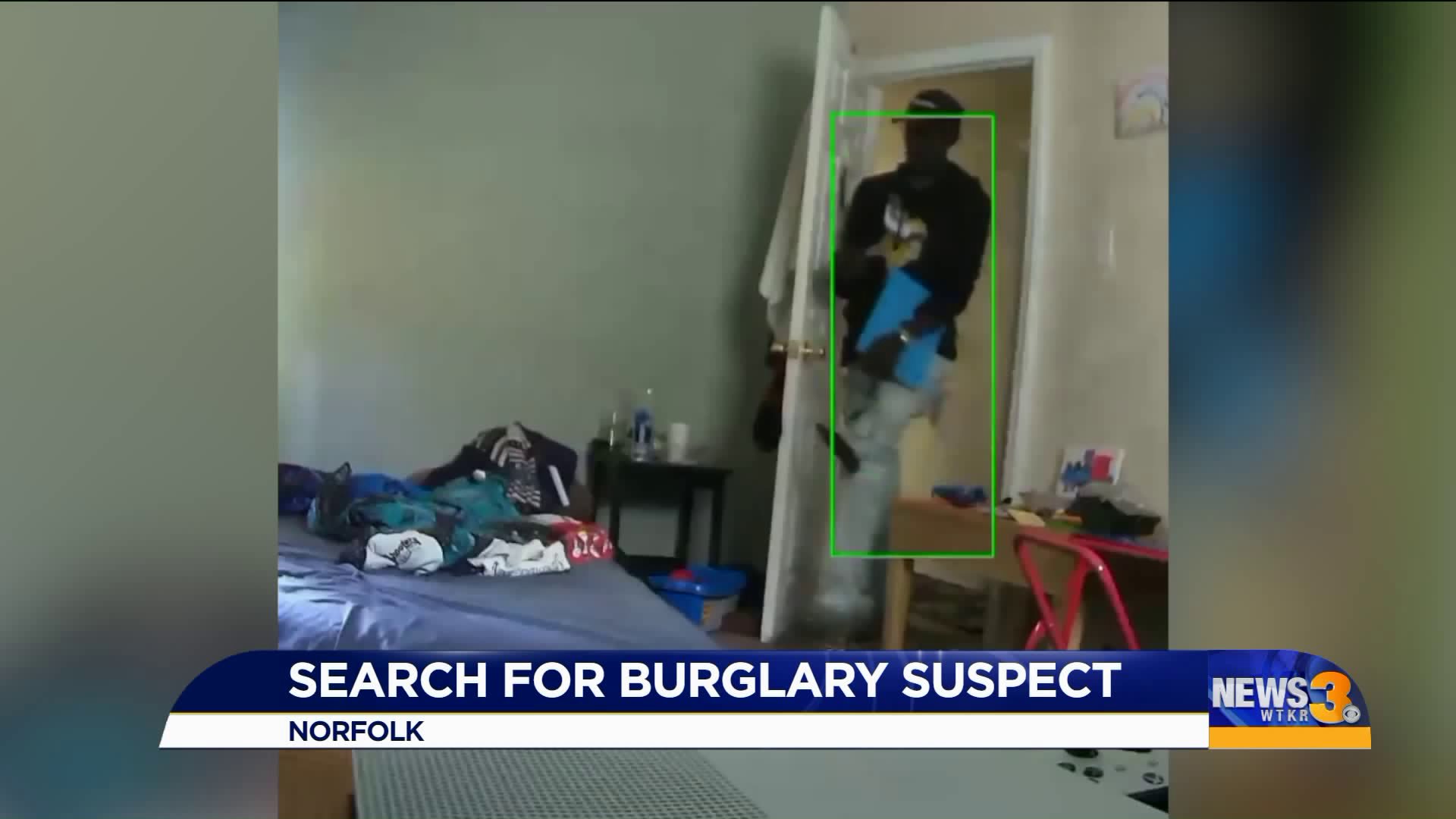 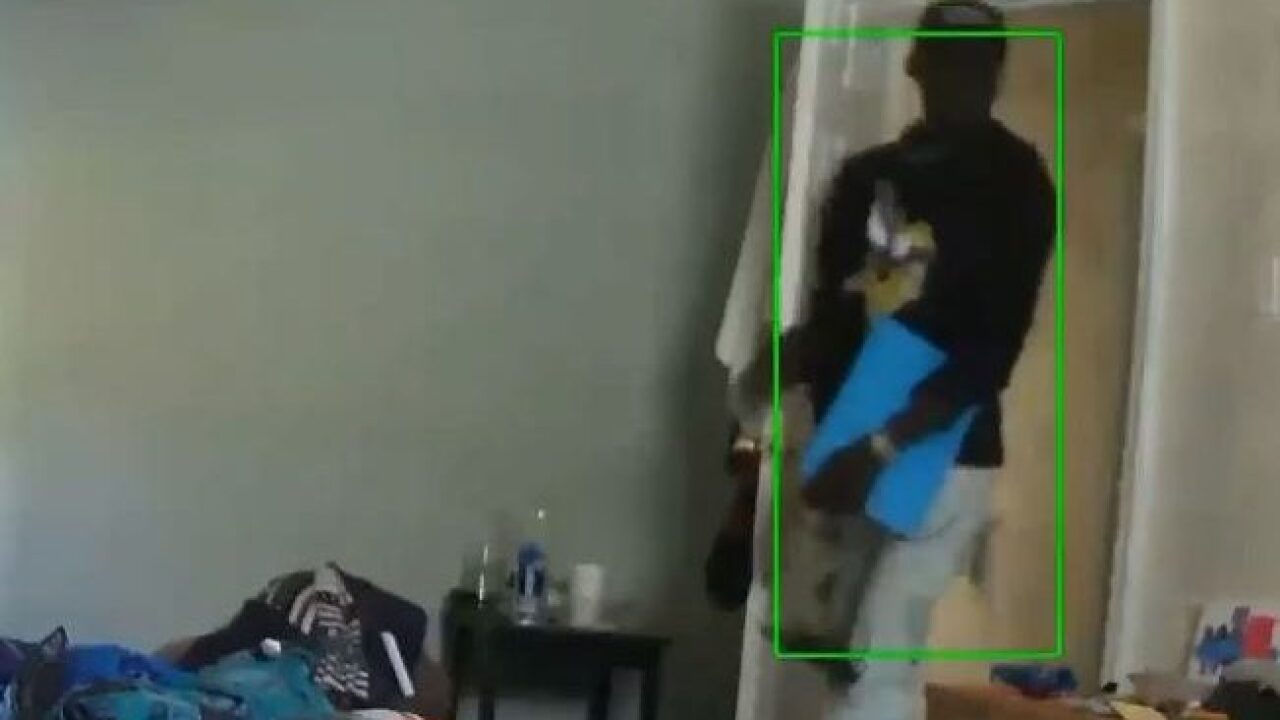 NORFOLK, Va. - Inside a 6-year-old’s bedroom, pieces of shattered glass are still scattered on the floor.

“I tried to clean up the damage as best I could to not traumatize him,” the child’s mother, Lauren Whitney, explained.

The burglary was caught on camera. Surveillance video captured the man walking inside her son’s bedroom with a blue laptop in hand right before he cut the camera.

That Xbox she mentioned was a recent birthday gift for her son.

“He had been begging me for an Xbox. I finally got him one, and he was so excited. And then to come home with him and see that it’s gone..." she described.

Their home is near the intersection of East Bayview Boulevard and Tidewater Drive.

"I was very disturbed,” she expressed.

Down on the floor, a brick remains in her son’s bedroom. Whitney said the suspect threw it through his window, and that’s how the thief was able to gain entry into their home.

“He threw the brick straight through the middle of the window, so I think he put his arm up to unlock it and then pushed the window up,” Whitney explained.

“My concern is that he’s still out there. And, I just want him found so that no one will not be a victim of this,” she mentioned.

Whitney has reported the burglary to police. She says they’ve collected evidence, like a container he was seen picking up.