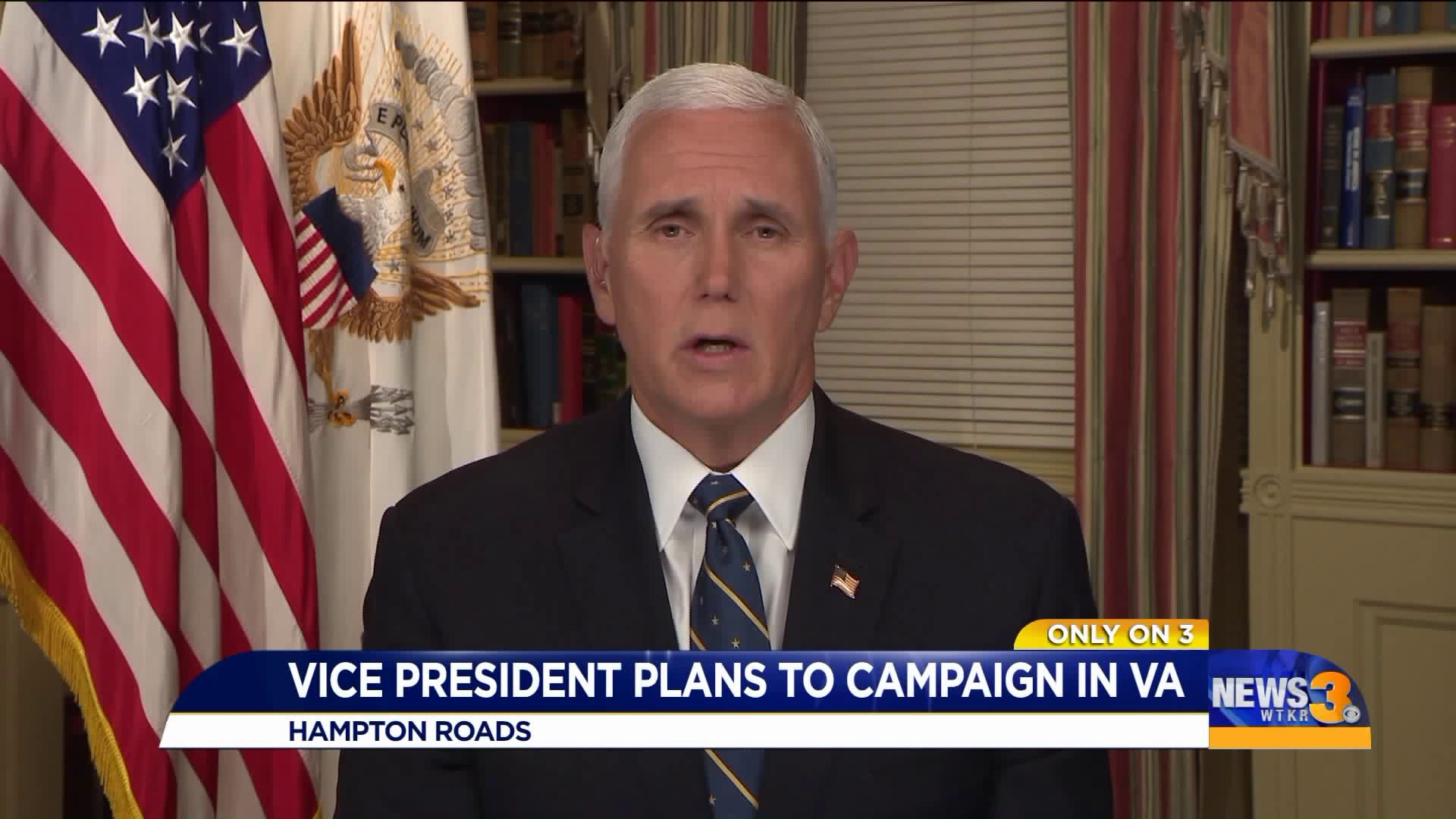 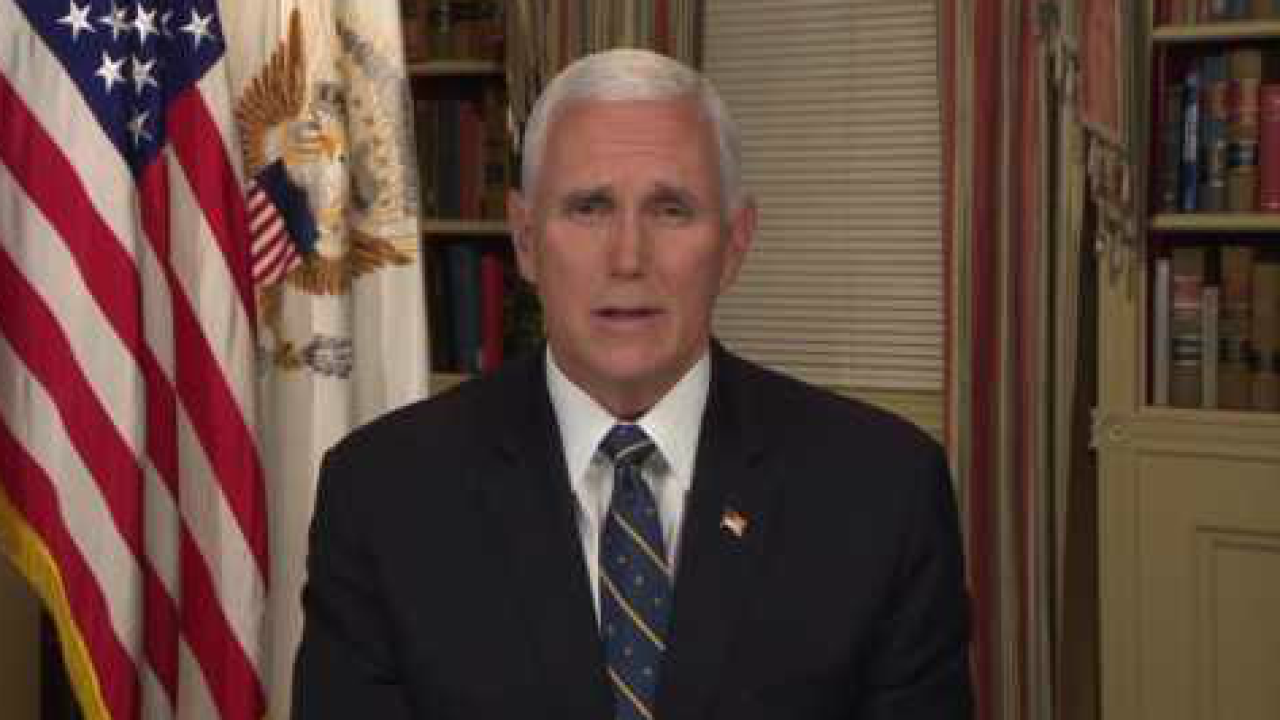 NORFOLK, Va. - Vice President Mike Pence said he plans to campaign in Virginia ahead of Election Day in two weeks.

"It's an exciting time for elections. I look forward to campaigning in Virginia myself before Election Day," Pence told News 3 in a remote interview from Washington, D.C.

Elections for the General Assembly will be held on November 5.

"These state legislative elections in Virginia represent a great opportunity for Virginia to steer a course for more jobs, more security," he said.

As Virginia gets ready for elections, Pence and other world leaders are dealing with a chaotic situation in Syria. President Trump announced U.S. forces would be withdrawing from the region, leading to fears of an ISIS resurgence.

Last week, Pence visited the region to negotiate a temporary cease-fire between Kurdish forces and Turkey. The two have been in a power struggle since the U.S. began withdrawing.

"We remain hopeful, again, that the cease-fire will lead to a permanent cease-fire and that we'll be able to set this region of the world on a path towards peace and security in the days ahead," Pence said.

News 3 also asked Pence about funding for the border wall. Pentagon officials authorized suing some money meant for military construction projects to fund the wall, including some local projects. Democrats like Sens. Tim Kaine and Mark Warner blasted the move as a "raid" making the military less safe. Pence said the redirection of funding is only meant to be temporary.

"Let me be clear with you that with the absolute assurance from appropriators in the Congress those funds will be restored for all of those projects, including the projects in Norfolk," Pence said.

On Wednesday, the Republican State Leadership Committee announced Pence will be headlining their "Get Out the Vote" rally in Virginia Beach at Kempsville Middle School on Saturday, November 2 from 2-4 p.m. Click here to RSVP.