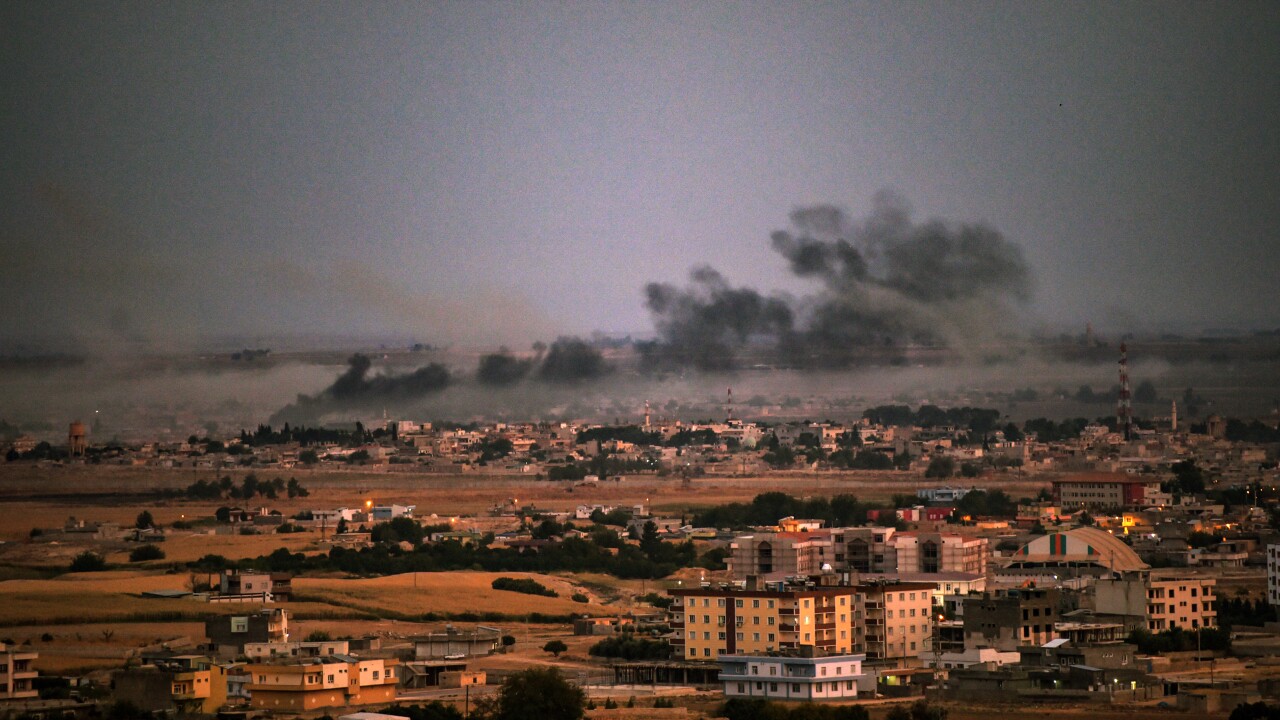 CEYLANPINAR, TURKEY – OCTOBER 17: Smoke rises over the Syrian town of Ras al-Ain on October 17, 2019 as seen from the Turkish border town Ceylanpinar, Turkey. The military action is part of a campaign to extend Turkish control of more of northern Syria, a large swath of which is currently held by Syrian Kurds, whom Turkey regards as a threat. U.S. President Donald Trump granted tacit American approval to this campaign, withdrawing his country’s troops from several Syrian outposts near the Turkish border. (Photo by Burak Kara/Getty Images) 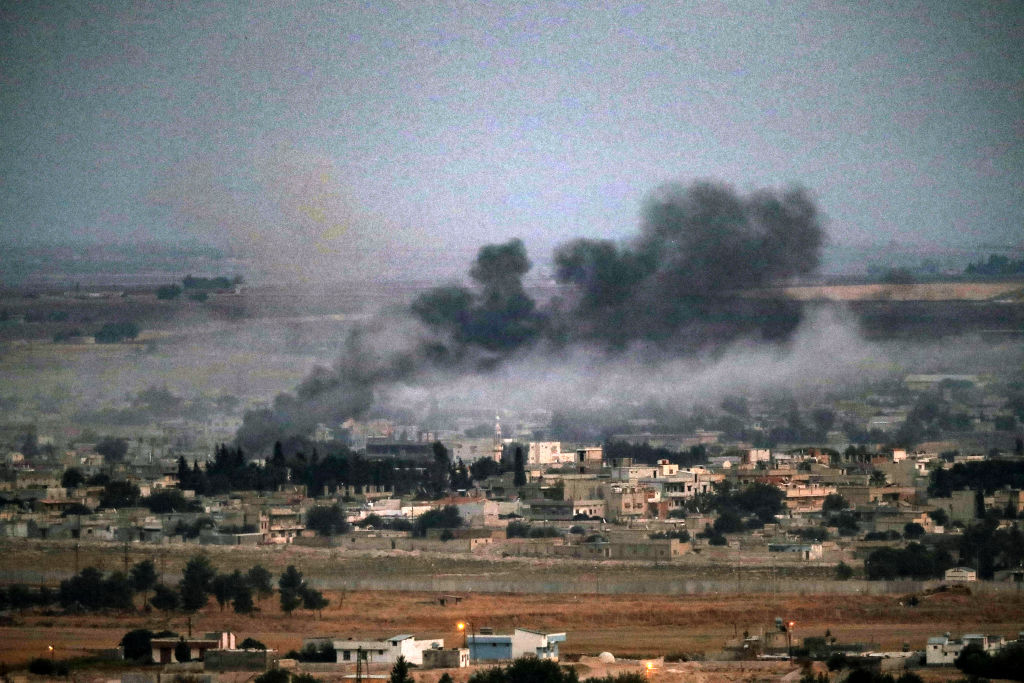 Vice President Mike Pence announced Thursday that he and President Erdogan of Turkey agreed to a ceasefire halting Turkey’s incursion into northern Syria.

The deal appears to secure Turkey most of its military objectives and forces America’s one-time Kurdish allies in the fight against ISIS to cede a vast swath of territory.

Speaking in Ankara, Turkey, Pence said the “Turkish side will pause Operation Peace Spring in order to allow for the withdrawal of YPG forces from the safe zone for 120 hours.”

“All military operations will be paused, and Operation Peace Spring will be halted entirely on completion of the withdrawal,” he said.

“This also includes an agreement by Turkey to engage in no military action against the community of Kobani,” Pence continued, referring to the Kurdish-held city on the border of Syria.

“The United States and Turkey have both mutually committed to a peaceful resolution and future for the safe zone working on an international basis to ensure that peace and security defines this border region of Syria,” he added.

Pence said the Turkish operation would end when the Kurdish YPG forces complete their withdrawal.

The vice president said he spoke with President Donald Trump and says he “knows President Trump is very grateful” to Erdogan for facilitating this ceasefire.

There has been no public statement from Kurdish YPG forces that they have agreed to withdraw, although Pence said he had spoken with YPG leadership.

“We are going to be using all the leverage that we have of having fought alongside Syrian Democratic Forces in the battle against ISIS to facilitate their safe withdrawal,” Pence said, adding that the negotiated “outcome will greatly serve the interests of the Kurdish population in Syria.”

Once a permanent ceasefire is achieved, Pence said the President would withdraw the sanctions that were placed on Turkey in the last week.

As part of that agreement, the US convinced the Syrian Democratic Forces to dismantle their defensive fortifications and pull fighters from the border to appease Turkey.

The US also conducted joint patrols and shared intelligence with the Turkish military as part of that arrangement.

The Kurds complied with the request to pull back and dismantle their fortifications and the US said the agreement was working ahead of schedule. Turkey opted to invade despite those efforts.

Now that the US has pulled out of all locations in northern Syria apart from Kobani, it will be nearly impossible for the US to monitor, much less enforce, a ceasefire.

Asked about the prospects of a ceasefire given the fate of the now defunct security mechanism agreement, a senior US administration official said recently, “We are very aware that the Turks entered into an agreement with us and they then decided that they would pull out of that agreement and we’re very concerned about that happening again.”