From natural disasters to drone attacks: How the Department of Defense is working to protect military bases 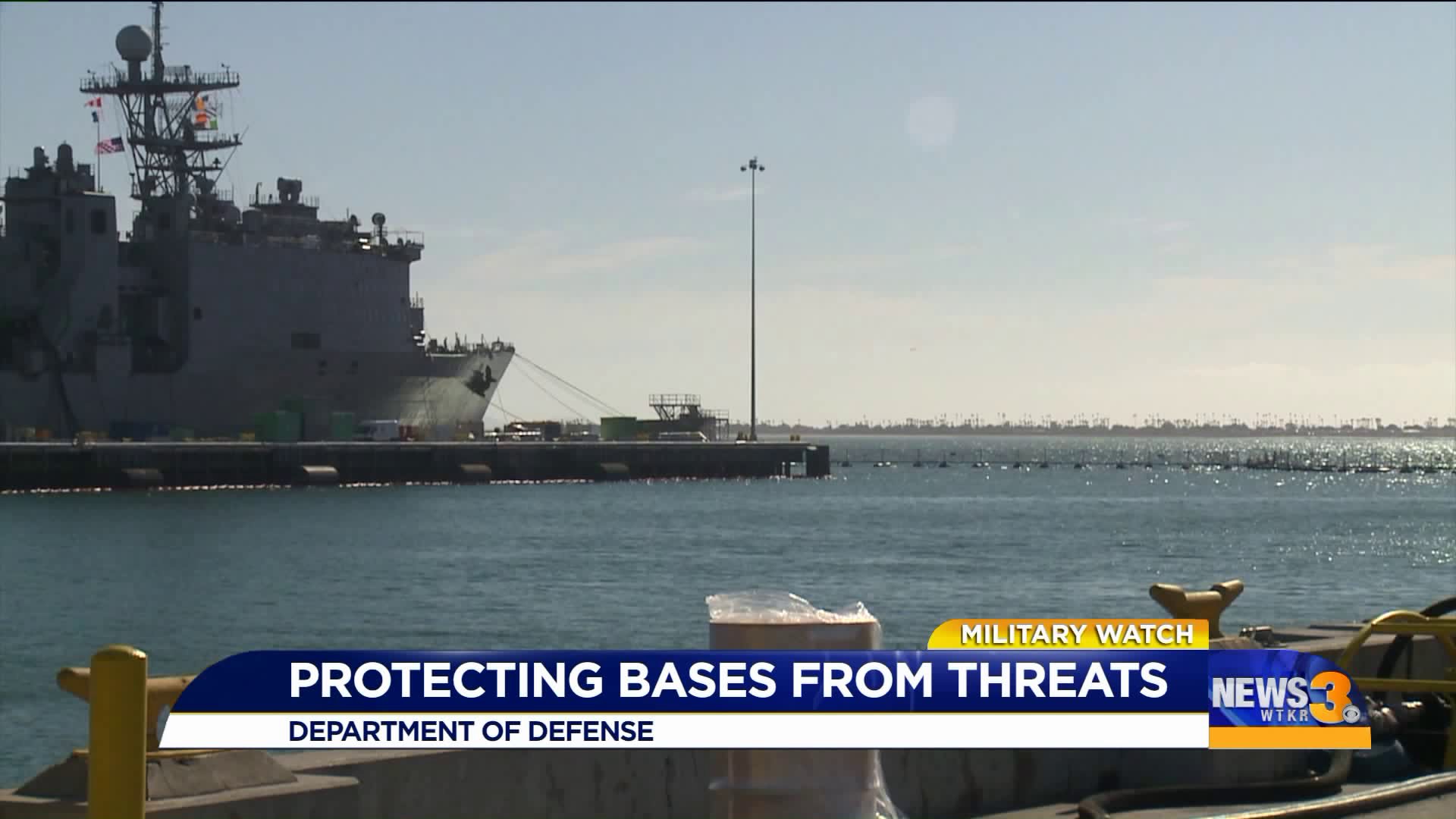 NORFOLK, Va. - The Department of Defense is looking at construction standards after natural disasters in recent years have caused billions of dollars worth of damage to military installations across the country.

In March, significant flooding put large chunks of Offutt Air Force Base in Nebraska under water.

Over the summer, a massive earthquake caused lots of damage to Naval Air Weapons Station China Lake in California.

"We take the lessons we learn from each of these installations - whether it is the construction, whether it's the roofing, what we are doing on one floor versus another - and roll that in on an annual basis to continuously update what those standards are to ensure that, as we get to the next either rehab or new construction, that those standards are, in fact, reflected in the way that we build," Robert McMahon, Assistant Secretary of Defense for Sustainment, told members of the House Subcommittee on Intelligence and Emerging Threats and Capabilities and Subcommittee on Readiness during a joint hearing addressing resiliency of military installations to emerging threats.

The military is also taking proactive steps to address the threat drone attacks could pose for military bases.

"Right now, the Department of the Navy and our sister services are working a counter drone, counter UAS strategy to look at new kinetic threats to our bases in addition to traditional ones," Lucian Niemeyer, Acting Assistant Secretary of the Navy for Energy, Installations and Environment said in the hearing.

The Department of Defense is also working to mitigate the threat of electromagnetic pulses to military installations.