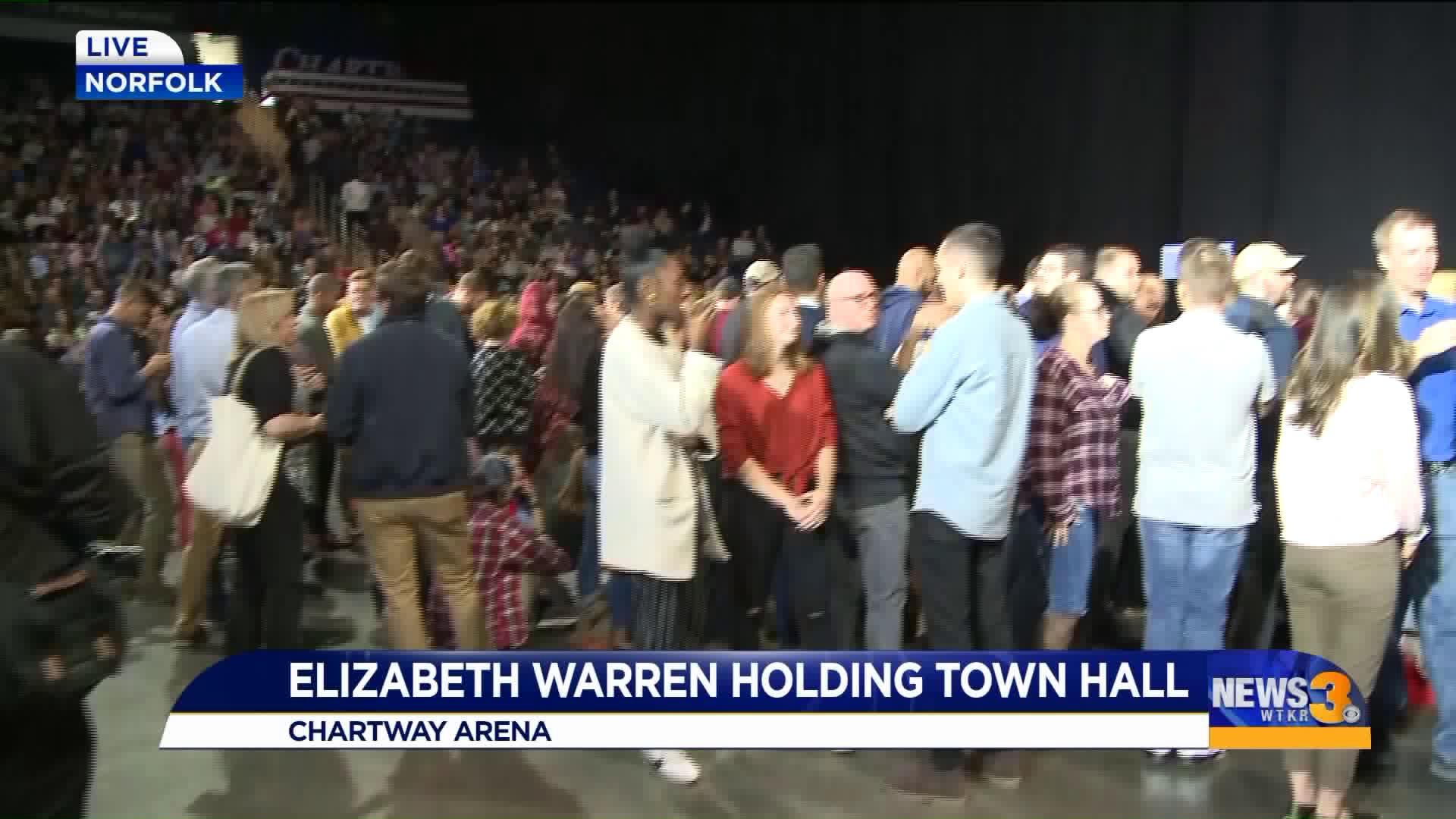 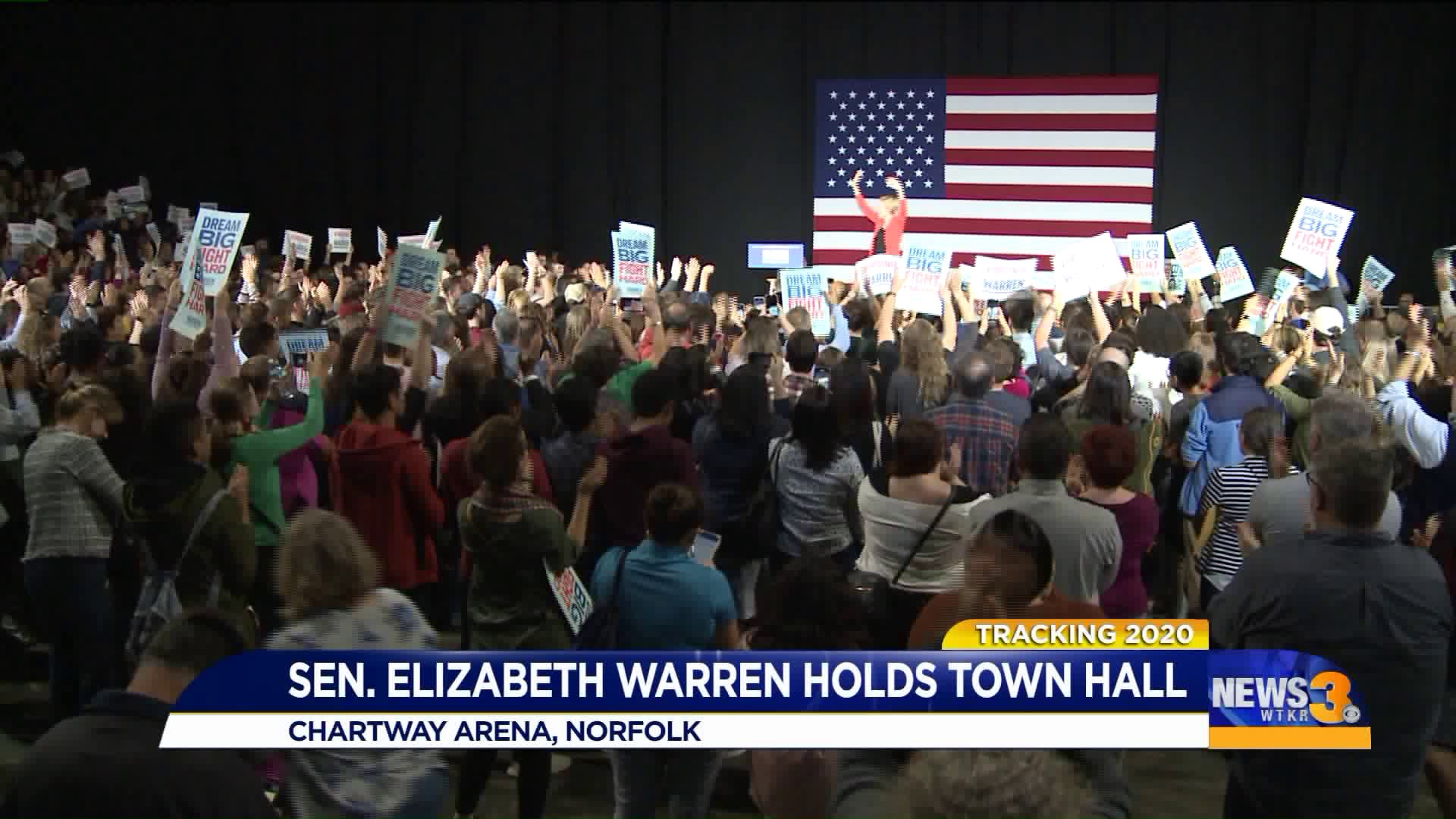 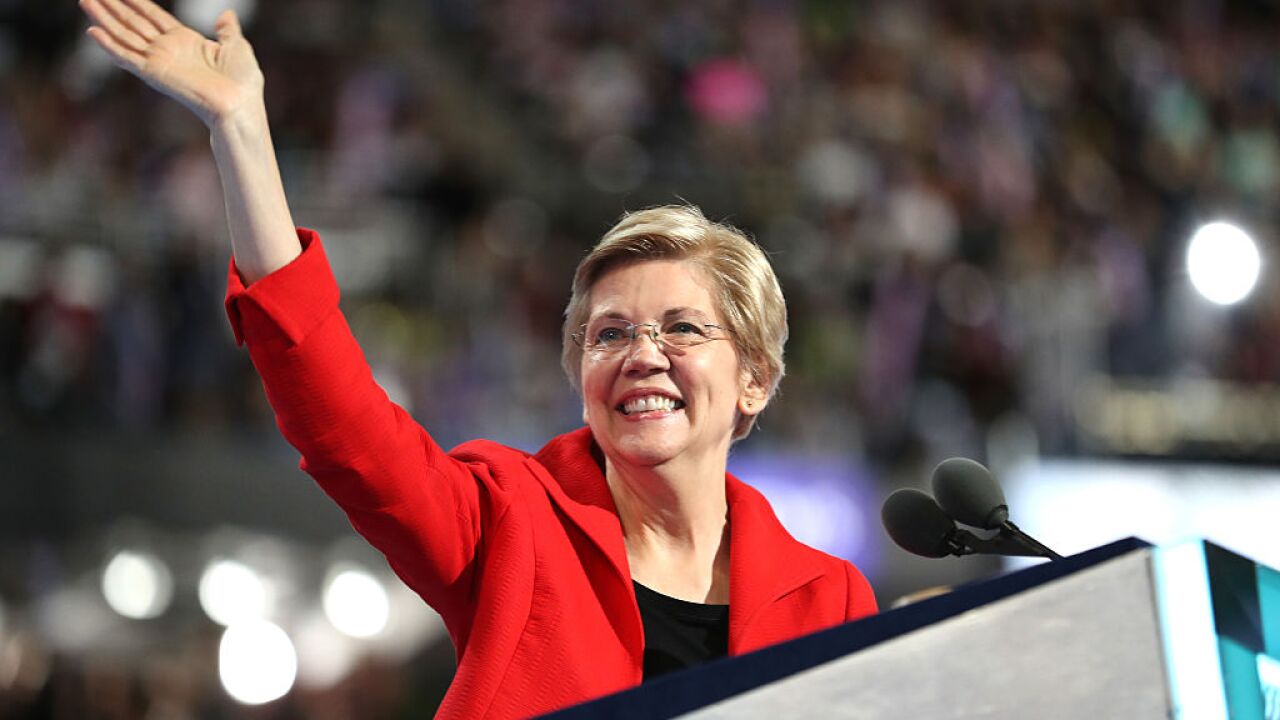 About 4,000 people heard her stump speech, touching on her background and the need for "structural change."

Warren is climbing in the polls and is now considered to be a front runner for the Democratic nomination. She says her plan would build up the middle class, but would levy more taxes on the wealthy.

"When government works for a top few, that is corruption and we need to call it out for what it is," she said.

Warren touched on upcoming elections in Virginia, but in an answer to a question about a reason for her visit - stuck to her own campaign. "I want to get out and talk face-to-face with as many Americans as I can and that's what these Town Halls are all about," she said.

Among the crowd, there are some who told News 3 Warren should be the nominee. Others, though, said they are still making up their minds. "I'm still making up my mind. I have a top few," said Katie Hardy from Chesapeake.

Fellow Democratic presidential candidate and mayor of South Bend, Indiana, Pete Buttigieg also made a stop in Hampton Roads in September to campaign with local candidates in a canvass launch.