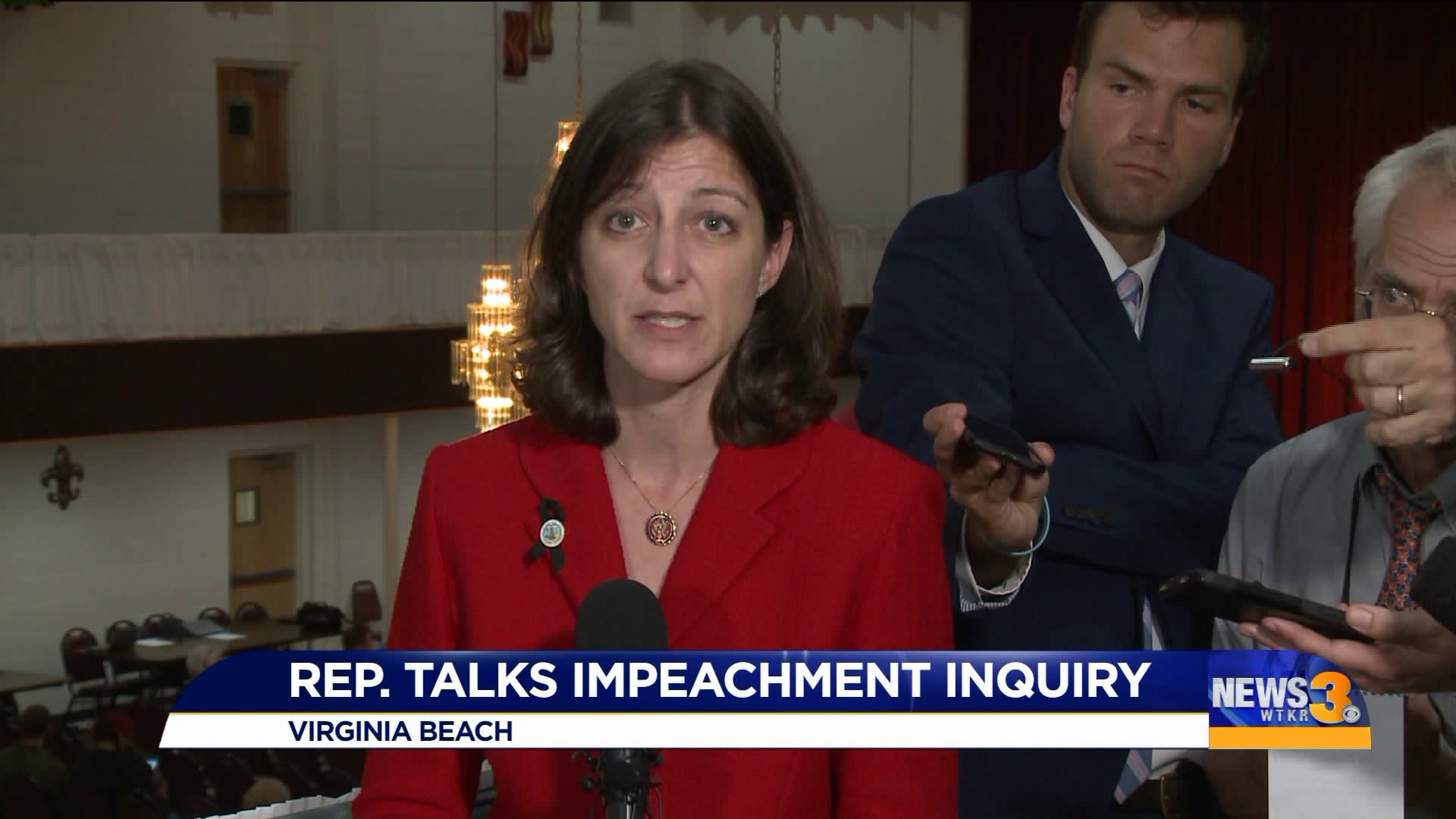 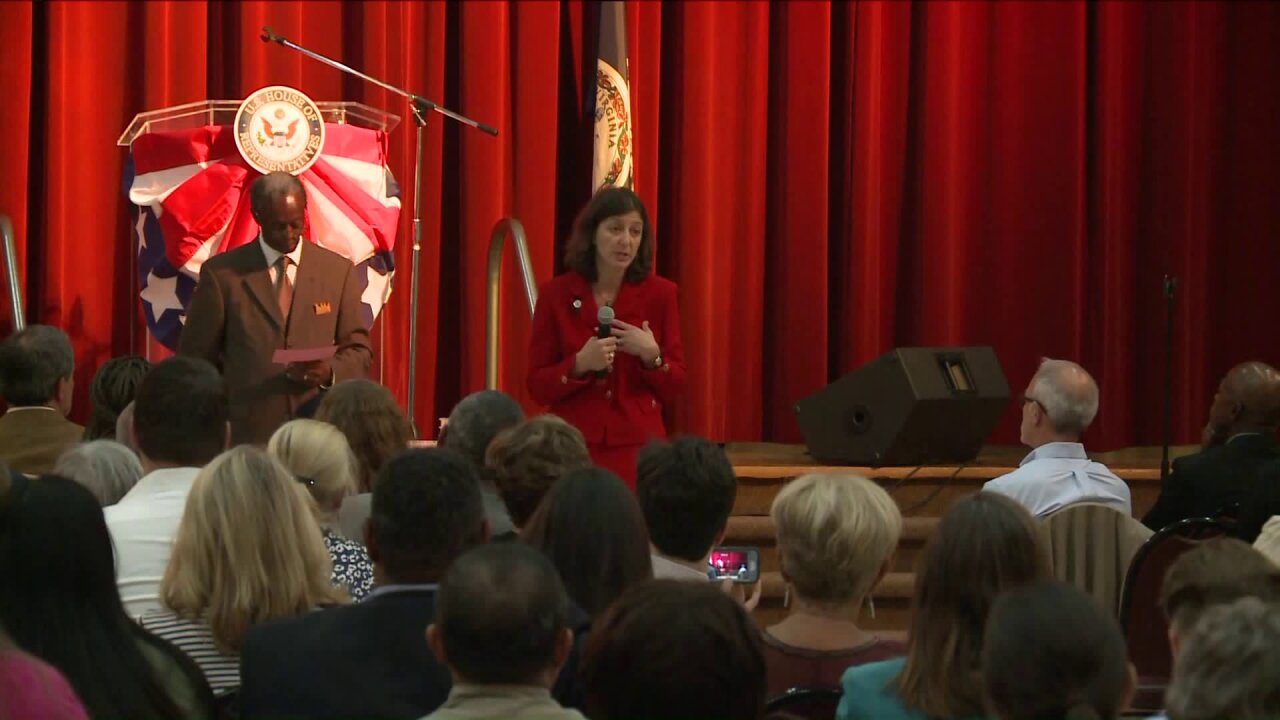 The meeting at New Hope Baptist Church allowed Luria to hear ideas, suggestions and questions from Hampton Roads residents. It was similar to her past town halls in Virginia Beach, Yorktown and the Eastern Shore.

Attendees had the opportunity to discuss how Luria can best represent their interest in Congress and ask about specific pieces of legislation.

As guests arrived, they were asked to fill out colorful cards with four different topics: Miscellaneous, public safety, health care and the popular one - impeachment.

“It is very clearly an impeachable offense to me that the president enlisted the help of a foreign leader conduct an investigation to his political opponent and to alter the outcome of our next election," said Luria.

Some citizens who attended do not think impeachment is the right move. One man interrupted Luria while she was answering a question regarding the controversial topic.

We talked to one woman outside who says she doesn’t understand Luria’s actions towards the president.

"He is not guilty. There is no corruption or nothing to impeach him for," said Holly Martir.

She wasn’t the only one. Outside the town hall in front of the church was a group of Trump supporters protesting Luria’s impeachment decision.

“Let’s not make impeachment a political thing. If somebody does a crime, then we will impeach," said one of the protesters.

“I think it's reprehensible and I don’t think we can allow it, and that just reinforces my decision to move forward with an impeachment inquiry," said Luria.