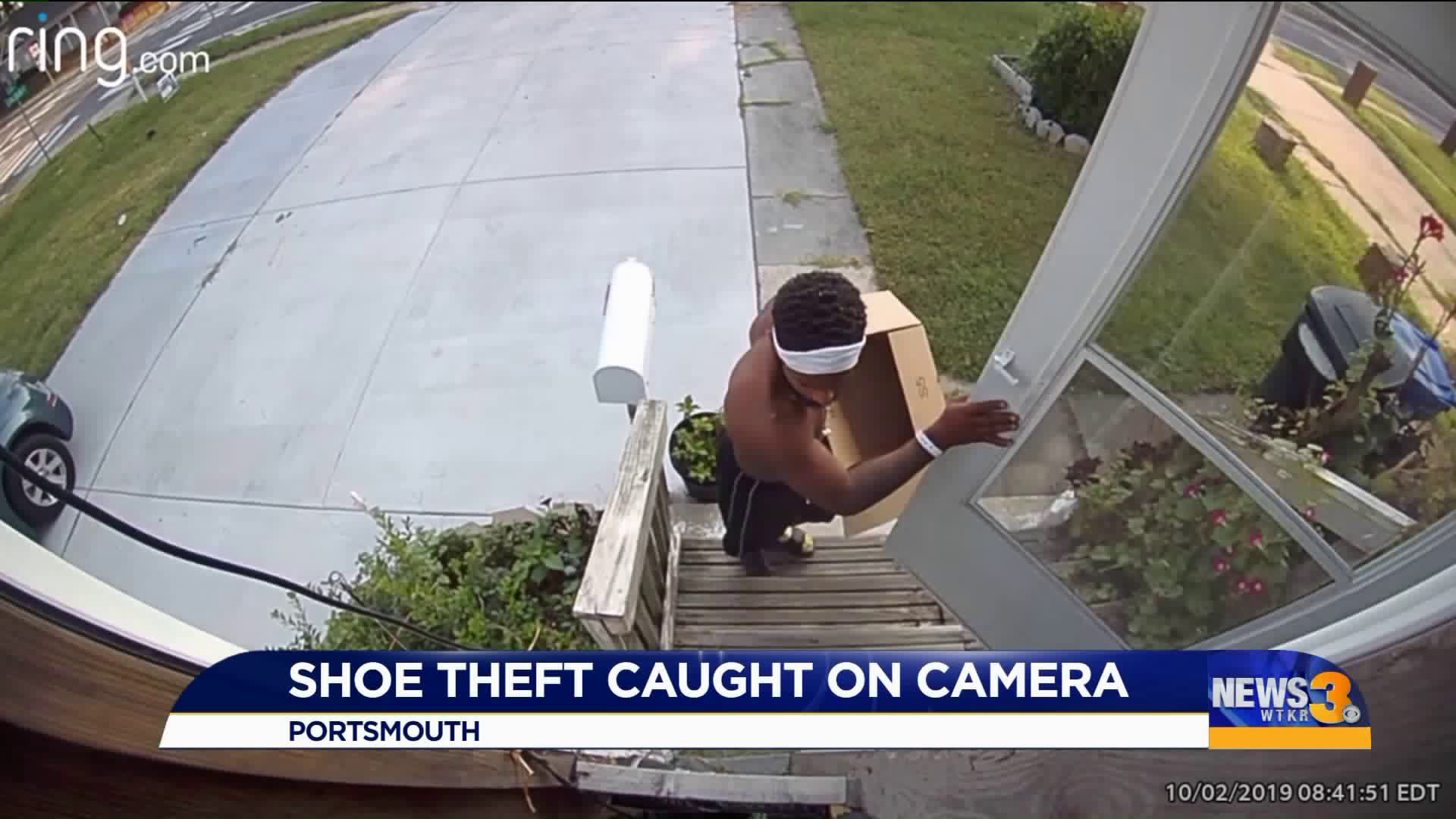 PORTSMOUTH, Va. — A bizarre theft in the middle of the morning at a Portsmouth home was caught on camera and left a homeowner feeling violated.

“When I got home, I seen the box sitting on the porch and I’m like, ‘Well, I’m not expecting a delivery, and if I am, why did Amazon open my box?'" the homeowner said.

There was no delivery, but Elisa Tillet says there was an unexpected pick-up at her Portsmouth home Wednesday morning.

“I open the box and there are shoes—my shoes and my friend’s shoes - inside the box and I’m like, ‘That’s weird,’ and where are these other two shoes coming from?” says Tillett.

Tillet says she looked around and realized shoes were missing.

Her security camera caught a man walking inside her screened porch and rummaging through what little items of value she had out.

“He took the pair of shoes… left his shoes inside the box , grabbed the jacket and then parlayed off like he just left the department store," she said.

The brazen bandit walked in with one sneaker and one flip flop and walked away with a pair of new shoes that Tillet guesses are four sizes too big.

“I think my friend maybe wore those shoes like four times, so they are brand new and the guy wears a size 11. These shoes are a size 15, so there’s no way... they’re flopping—wherever he is, he has shoes flopping on his feet."

Tillet thinks the mystery man really needed new shoes and a new jacket, but she says stealing isn’t the way to go.

Perhaps the most puzzling part for Tillet is why her house - out of all the houses on the block - would be targeted. She has two cameras that are visible and multiple signs posted warning about the cameras.

“I’m like, 'If he’s that bold, again, with the car in the driveway and the cameras, who’s to say he’s not bold enough to try to come back while I’m here?'"

Tillet says she’s lived in her house for more than 20 years and it’s always been a quiet neighborhood, but now her guard is up.

Related: Do doorbell surveillance cameras provide security at the expense of your privacy?