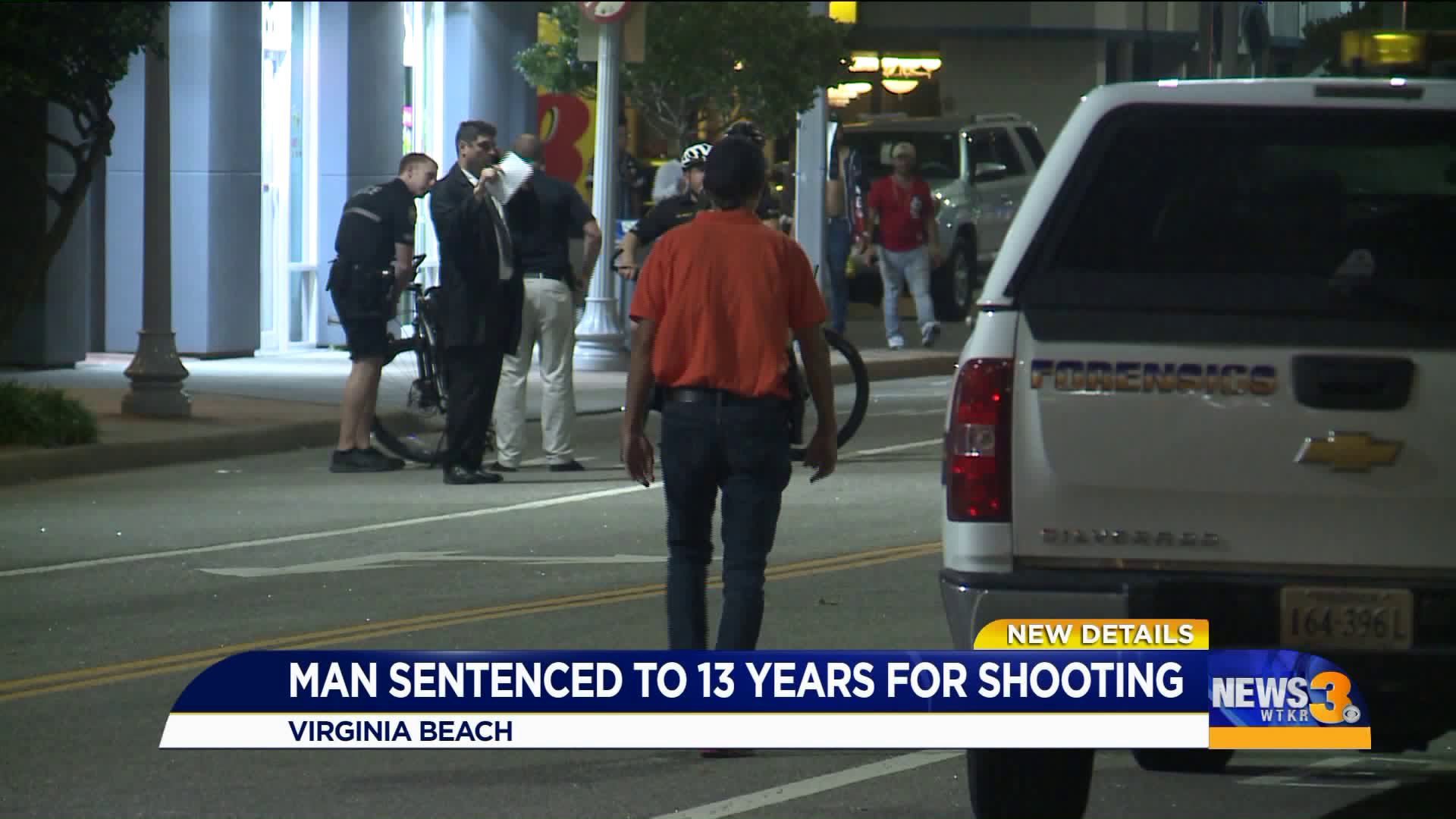 VIRGINIA BEACH, Va. - A man will spend 13-years in prison after a judge Monday sentenced him for a shooting that left six people injured at the Virginia Beach Oceanfront on July 5, 2018.

Dispatchers received a call about the shooting in the 1800 block of Atlantic Avenue at the oceanfront just after 12:30 a.m. Thursday, July 5, 2018.

Patrol officers were within a block of the shooting scene when the incident happened. Officers arrived at the scene to find two women and four men suffering from non-life threatening injuries.

Trisvan, who is from Emporia, had surveillance video played during his trial, which prosecutors argued shows that he raised his arm followed by a muzzle flash.