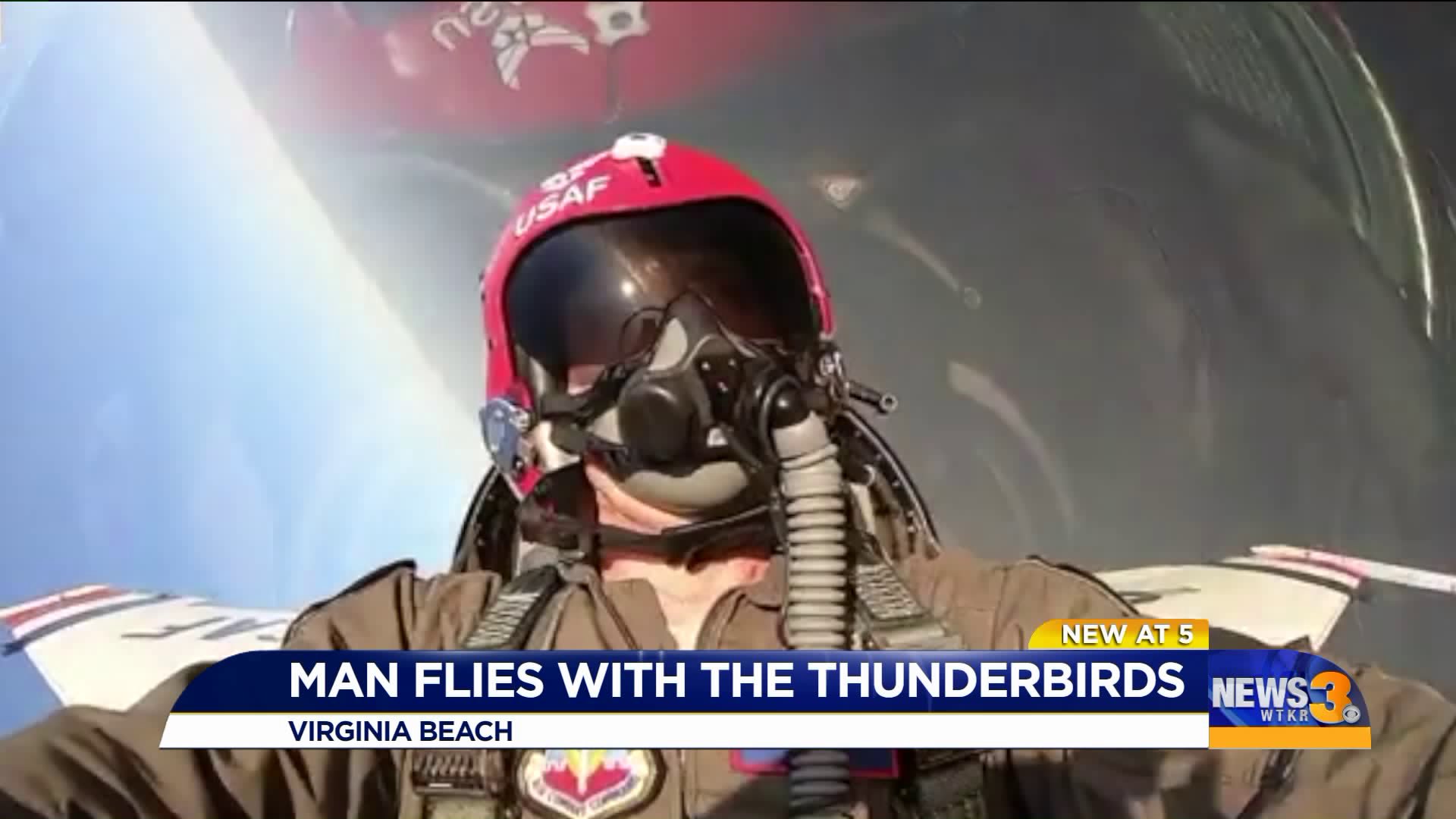 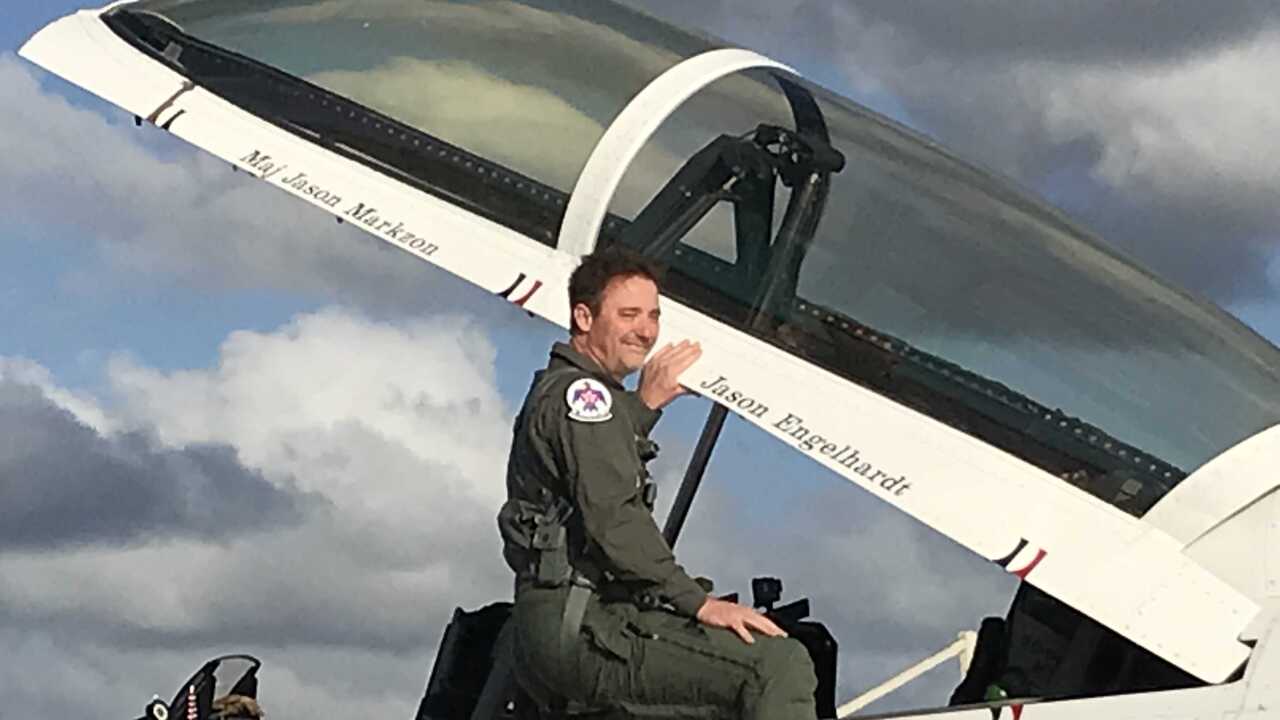 Jason Engelhardt took a 45-minute flight with the Thunderbirds on Thursday evening, completing the entire profile which including getting to 9Gs, loops and flying upside down. The once-in-a-lifetime opportunity was given to him after winning the Thunderbirds' "Hometown Hero" competition.

Jason's wife, Lisa, nominated him for the competition without his knowledge. Community members wrote letters on Jason's behalf, talking about his accomplishments, volunteer efforts and dedication to helping others.

For Jason, the chance to fly with the Thunderbirds realized a lifelong dream.

"I've been wanting to do this forever. This was always the plan: Join the Air Force, fly and then work commercial. Life just never turns where you want it to or where you plan," he said before his flight on Thursday.

Instead of being disappointed in life's turns, Jason found other goals to accomplish. He served in the Navy and now works with Civil Air Patrol. He was recently awarded "Senior Officer of the Year" for the East Coast Wing of CAP.

He also teaches STEM and Aeronautics to the middle schoolers and the cadets of his squadron. He prepares lessons, arranges field trips and even helps with search and rescue missions whenever needed. Last year, he took a group of cadets to South Carolina to help with hurricane relief.

While his family and friends are proud of his accomplishments, Jason says he doesn't think twice about his service.

"I don’t do it for thanks or to be able to do this," he explained while standing outside Thunderbird 8. "I just do it to do it, and I like it. It's very humbling."