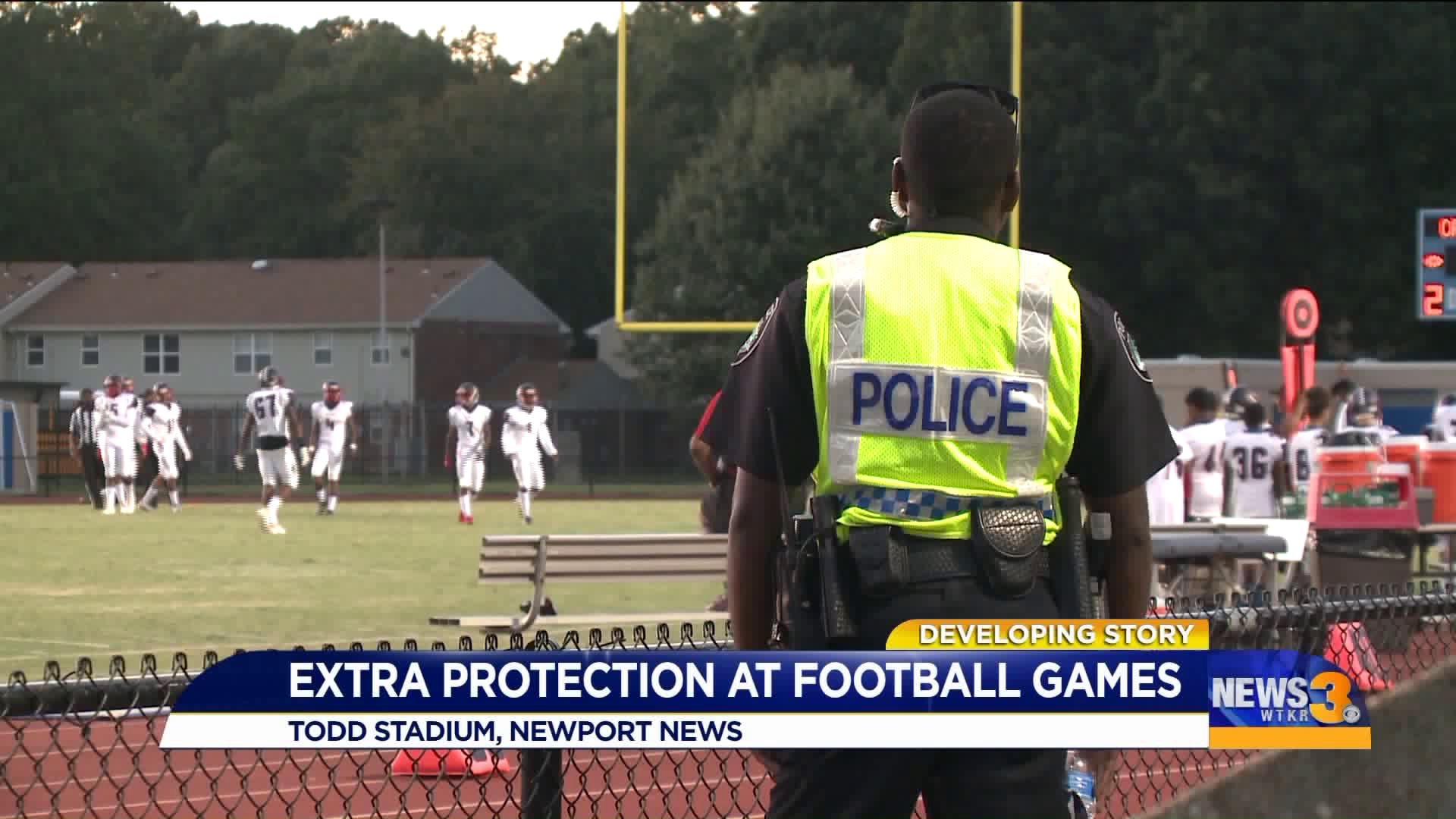 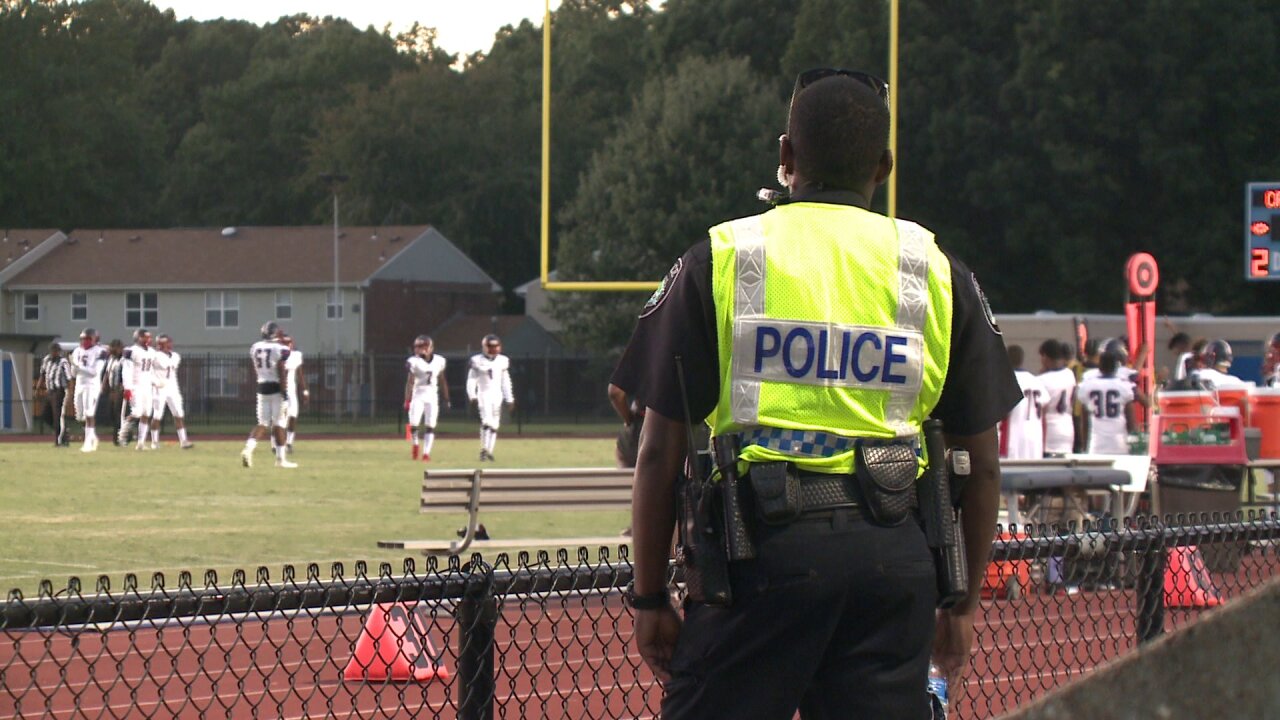 The increased police presence comes from a shooting that occurred after a game on Friday, Sept. 13.

The victims were a 14-year-old and two 19-year-old men. Police said they rendered aid to the 14-year-old before they found the two other victims.

Police said the victims were hospitalized and had non-life-threatening injuries. The investigation is ongoing and police said no arrests have been made.

“This didn’t happen when I was in high school, which was a few years ago," Mosley said.

Police and school officials came up with a plan to ensure the safety of the spectators. Newport News Police Chief Steve Drew said the number of police officers will increase from four to seven, mainly consisting of school resource officers.

Certain entry points will be converted to exit-only. Minton Drive will be one.

"This is an event. I want people to come out and enjoy high school football," Drew said. "It is big in Hampton Roads and in Newport News."

This new plan will be implemented moving forward.