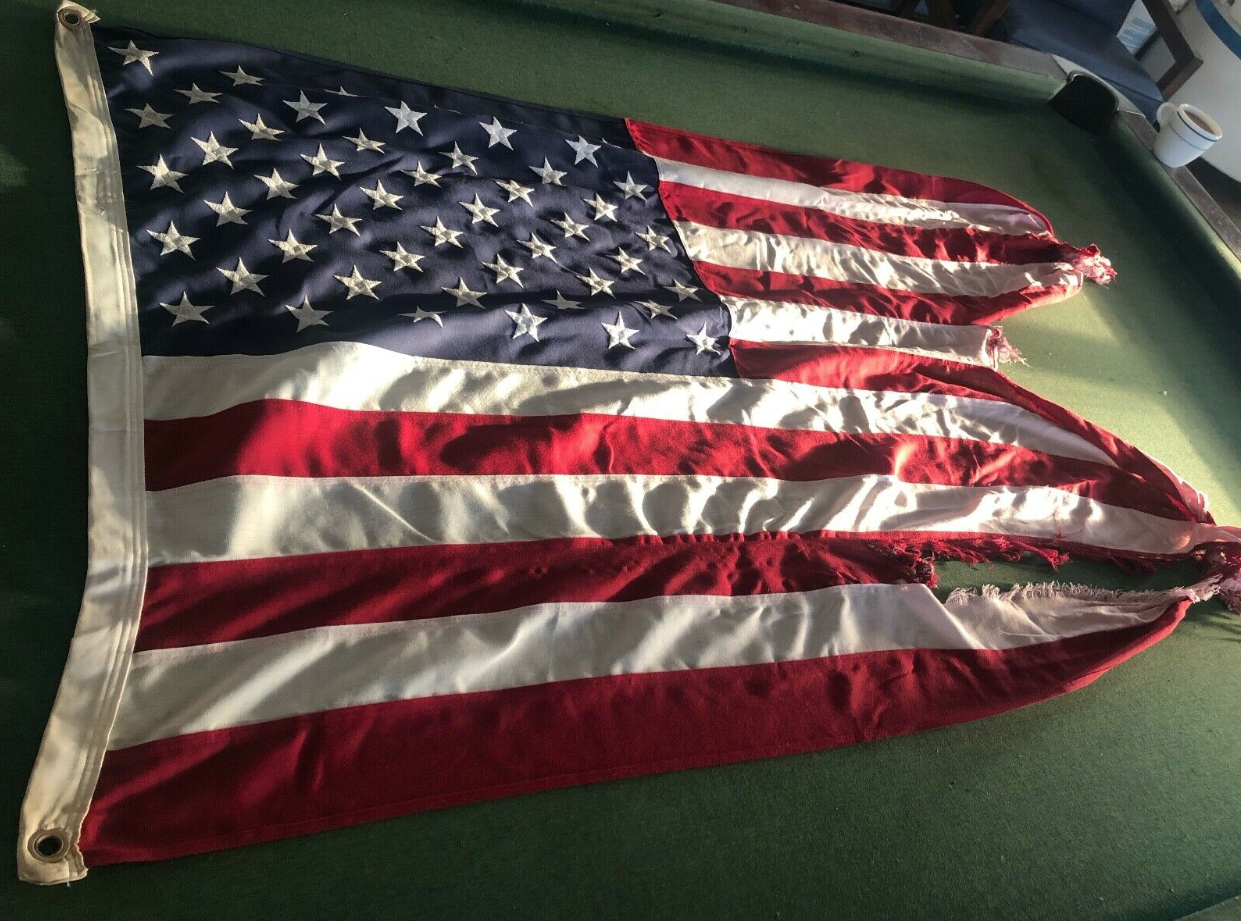 The American flag atop the Frying Pan Tower that was flying ahead of Hurricane Dorian’s impacts on the area is being auctioned.

The flag could be seen roughed up from the wind, while waves surrounding the Frying Pan Tower crashed into the once-U.S. Coast Guard Light Station, which was turned into a bed and breakfast in 2010.

The flag is currently being auctioned off on Ebay, and will stay listed on the site until September 22, according to the listing.

If you are interesting in buying the flag, be prepared to bid over $3,200, which is the highest bid as of late Tuesday morning.

The Frying Pan Tower stated in a post that all of the bid for ‘Old Glory “Steve”‘ will go to help the Ocracoke victims of Hurricane Dorian.