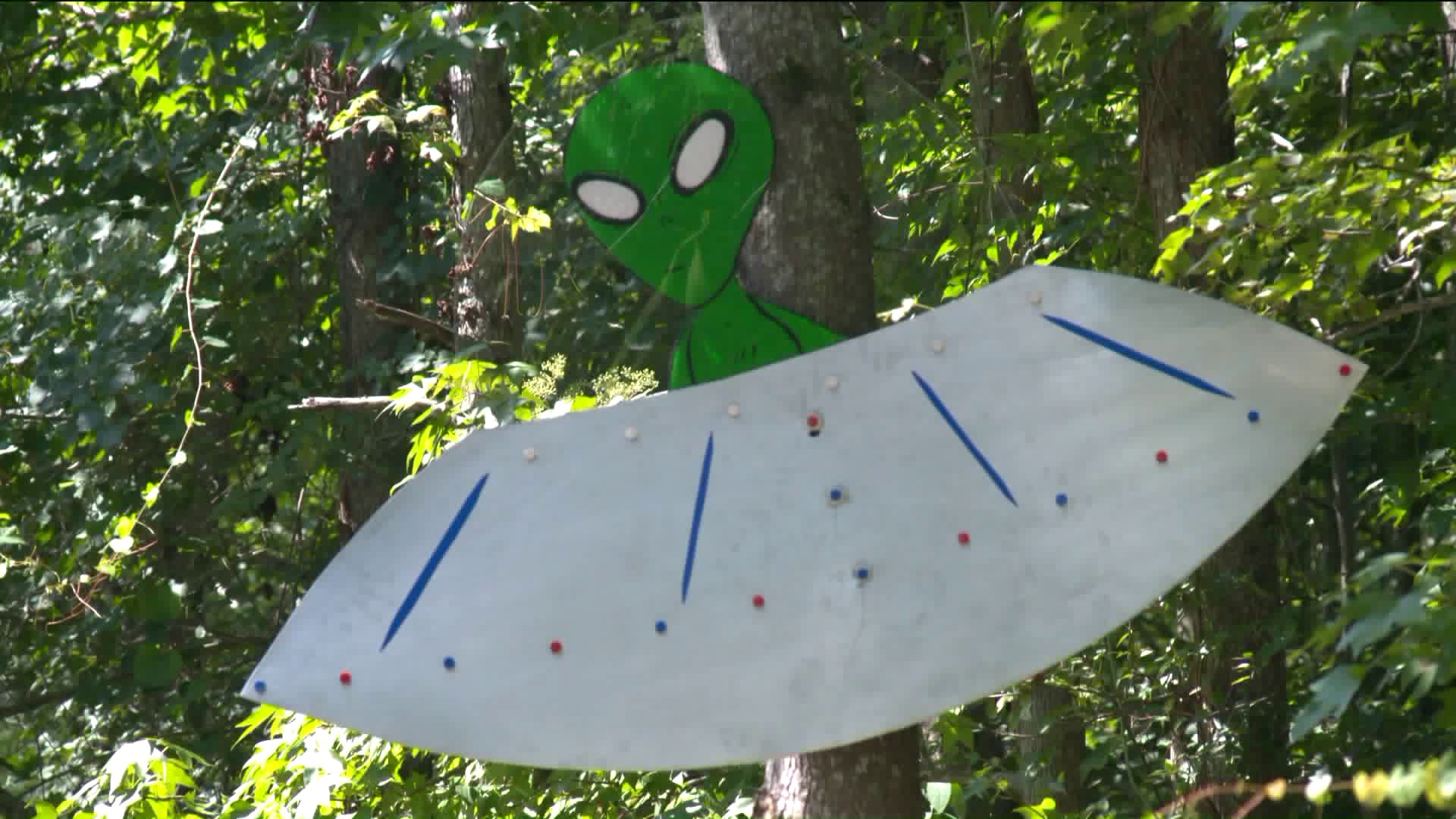 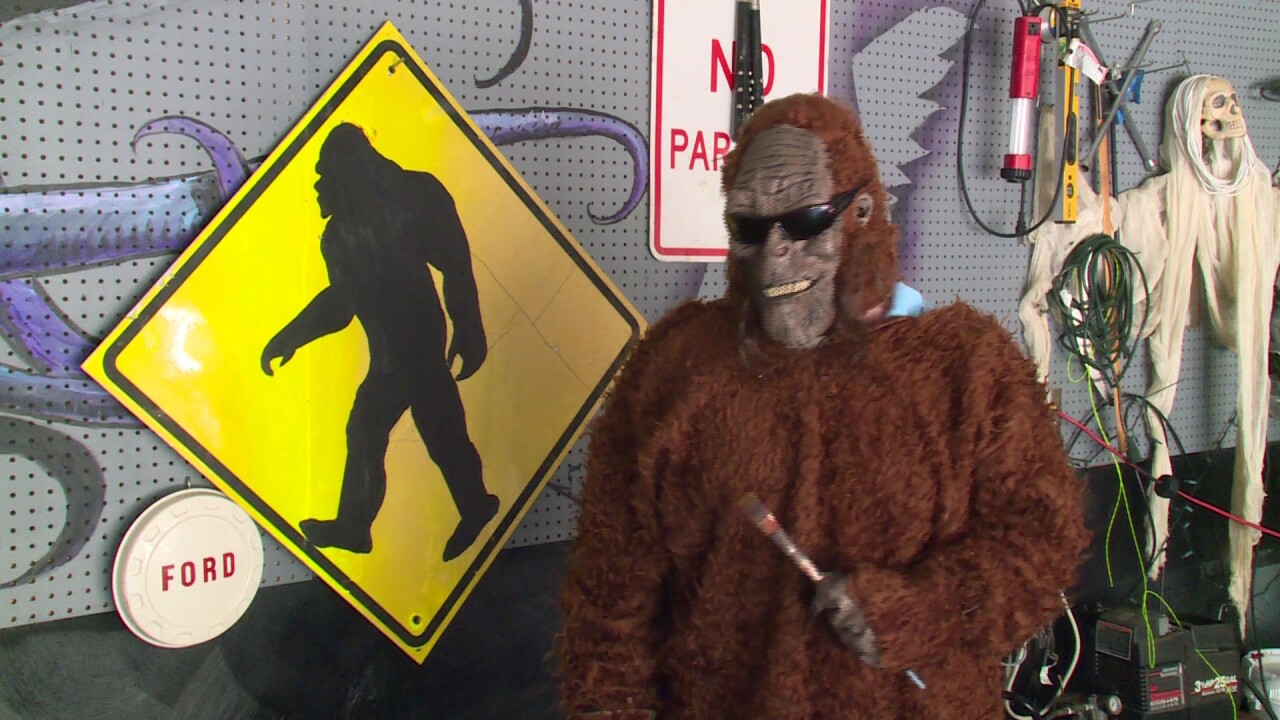 A hanging art piece showing a flying Bigfoot has been up in the trees for months. Last week, an alien in a UFO appeared.

Drivers tell News 3 they were delighted to see the new art piece, saying it made their drive to work and home more enjoyable.

The joy was short-lived, though. The alien was stolen a week after it appeared.

"It seems some people are more selfish, and instead of worrying about others, they are only worried about themselves," said the artist, who is known as Moses the Street Artist.

Moses agreed to talk to News 3, but only in disguise. Wearing a Bigfoot costume, he explained that he wants his focus to be on the art, not on him.

"I've been painting all my life and just recently started trying to branch out and spread joy in this time of a lot of negativity," he explained.

This isn't the first time his art has been stolen, but that doesn't make this instance any less disappointing.

"I just like bringing joy to the community. In times like this where there is just constant shooting and negative news, I like to put some positivity into the community."

While the ride down Emerald Woods Drive is not as exciting as it was a few days ago, Moses isn't dwelling on the past. But he's also not sharing anything about the future.

When asked if he will make a new art piece for the road, he said simply, "I think we will leave that a mystery."