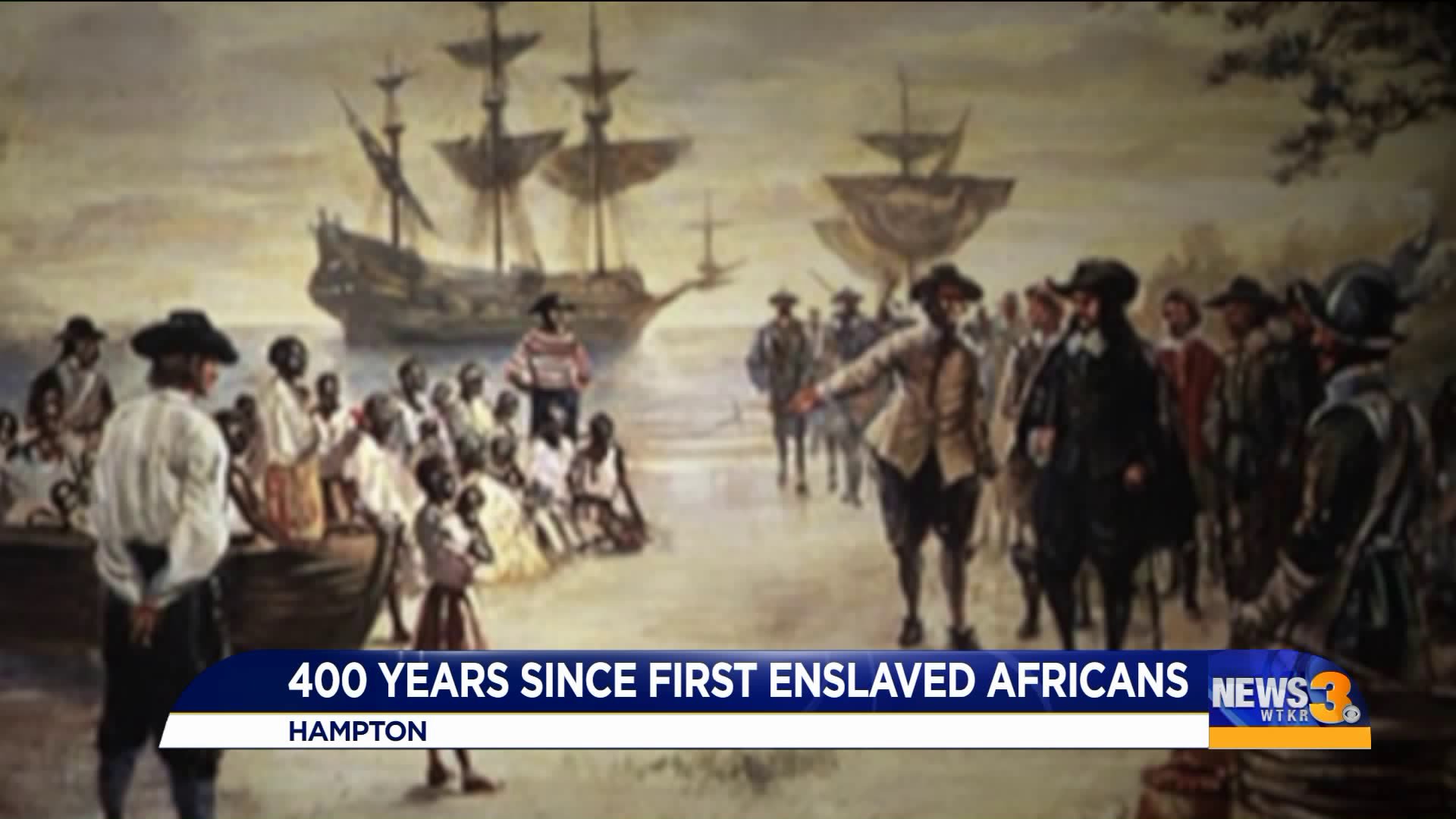 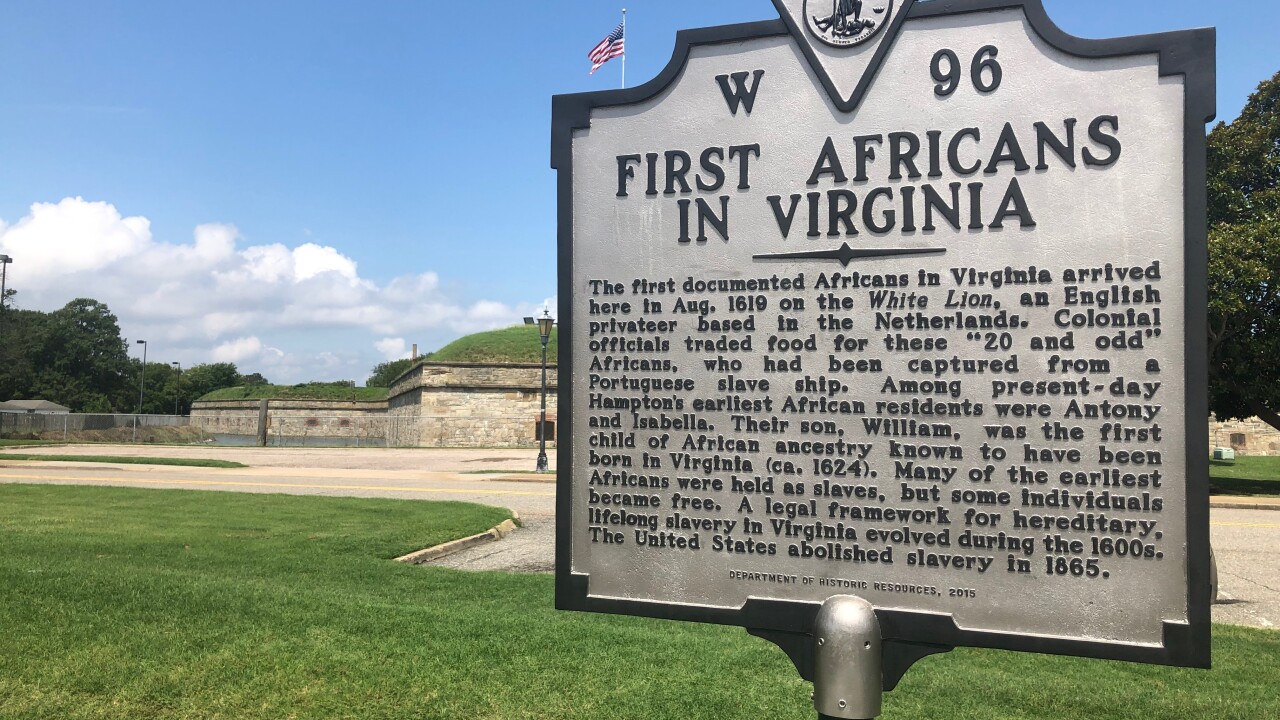 The first enslaved Africans who were brought to North American colonies arrived in Hampton 400 years ago at Old Point Comfort, which is now known as Fort Monroe.

“In John Rolfe’s documents, he records that ‘20 and odd Africans’ were delivered to Fort Monroe on or about the end or latter part of August,” says Fort Monroe Authority Executive Director Glenn Oder.

Historians believe these Africans came from Angola and were eventually traded for food and supplies.

“We’re talking about a people group in Africa who had culture; they had cuisine; they had architecture; they had engineering; they had skills; they had music. They were stolen from their property, then barbarically transported across the county and delivered here,” explained Oder.

Commemorative events at Fort Monroe will not only mark the 400th anniversary - they will also allow people to come together and talk about the legacy this tragedy has left behind.

The Hampton branch of the NAACP is hosting a prayer vigil Saturday, August 16 from 6 p.m. – 7 p.m. at the 1619 marker at the Fort Monroe Waterfront.

"Just an opportunity for for people to reflect. Come in a space together and just reflect on what this next week is going to mean to all of us," says Hampton Branch NAACP President Gaylene Kanoyton.

The Fort Monroe Authority, Fort Monroe National Monument and the City of Hampton are hosting the 1619-2019 Commemoration of the First African Landing from August 23-25 at Fort Monroe.

The three-day event will include exhibitors, heritage tours, keynote speakers and musical performances.

Both events are free and open to the public.

“We need to recognize that it occurred. We need to talk about it. Let’s come together as a community and let’s be part of this and talk about what happened here," says Oder.

Difficult but important conversations will take place, and the community is invited to join in and learn more about how this history has shaped Hampton Roads and the entire country.