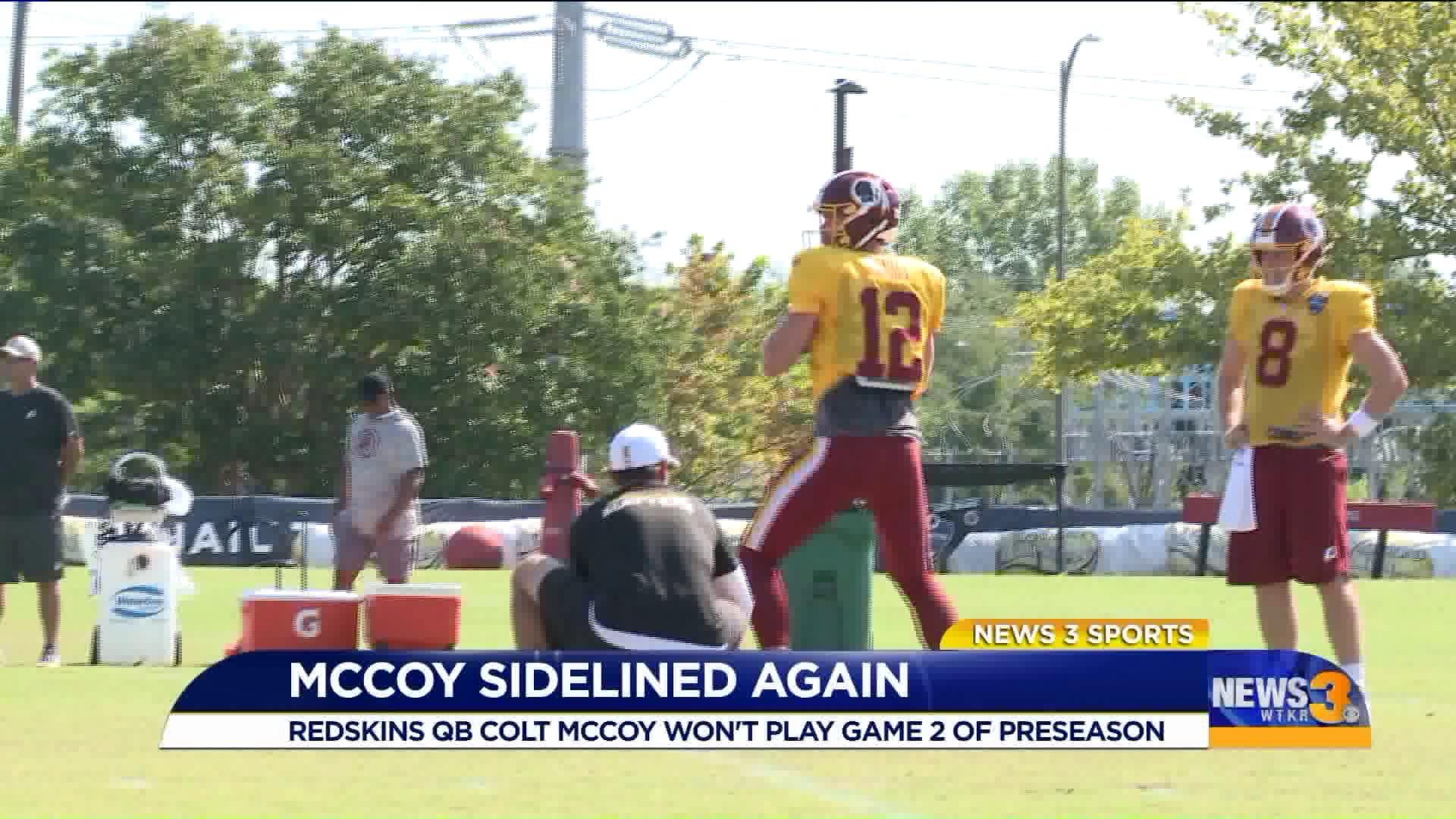 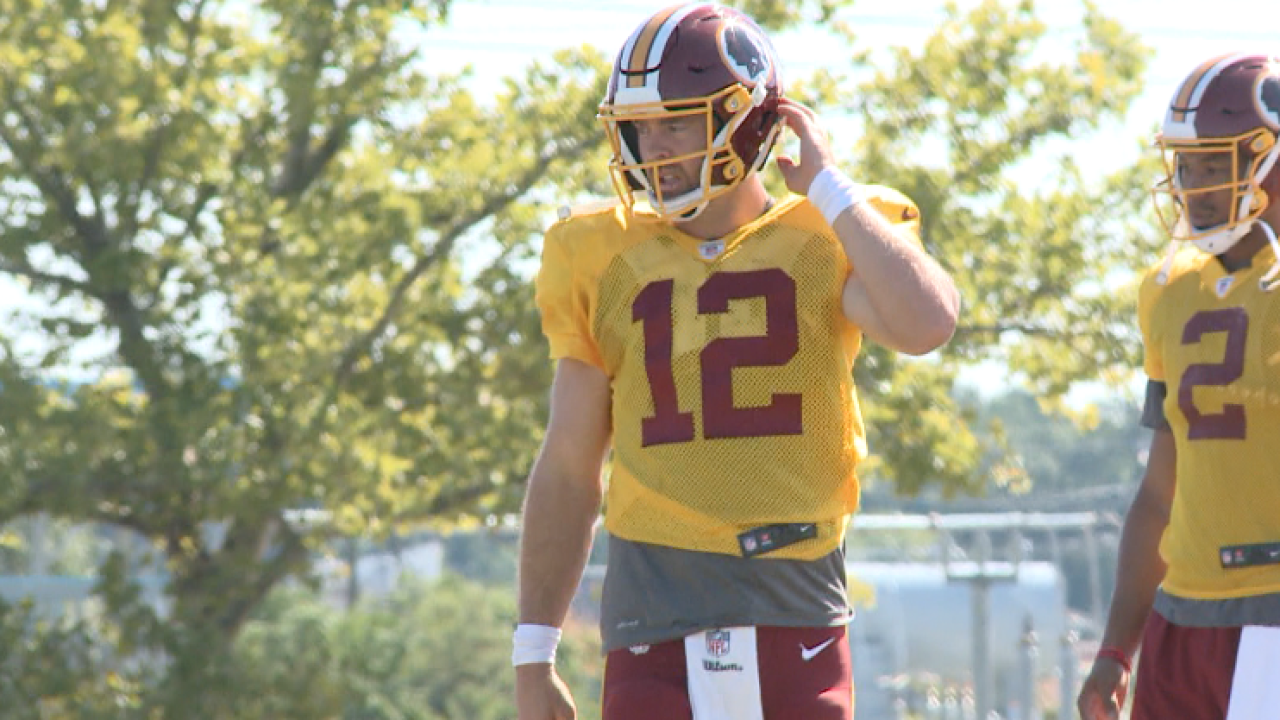 After missing the first preseason game of the year, Redskins quarterback Colt McCoy will be sidelined when the teams takes on the Cincinnati Bengals tomorrow.

After Tuesday's practice, head coach Jay Gruden said, "It’s not quite where it was when he was 100 percent without the injury. It’s something he’s still dealing with and will have to deal with. Main thing is to make sure he’s comfortable back there and has enough strength to push off and throw and feels good about if he does get hit, that it’s healthy and stable, which it is.”

Redskins QB Colt McCoy leaves the field after fracturing his fibula vs. Eagles

McCoy's is the result of the broken leg he suffered in December, which was followed by three surgeries.

JP Finlay of NBC Sports reported that Case Keenum will start against the Bengals, with Dwyane Haskins backing him up.