Reflective Redskin: In 1-on-1 interview, QB Colt McCoy looks back, eyes what’s ahead 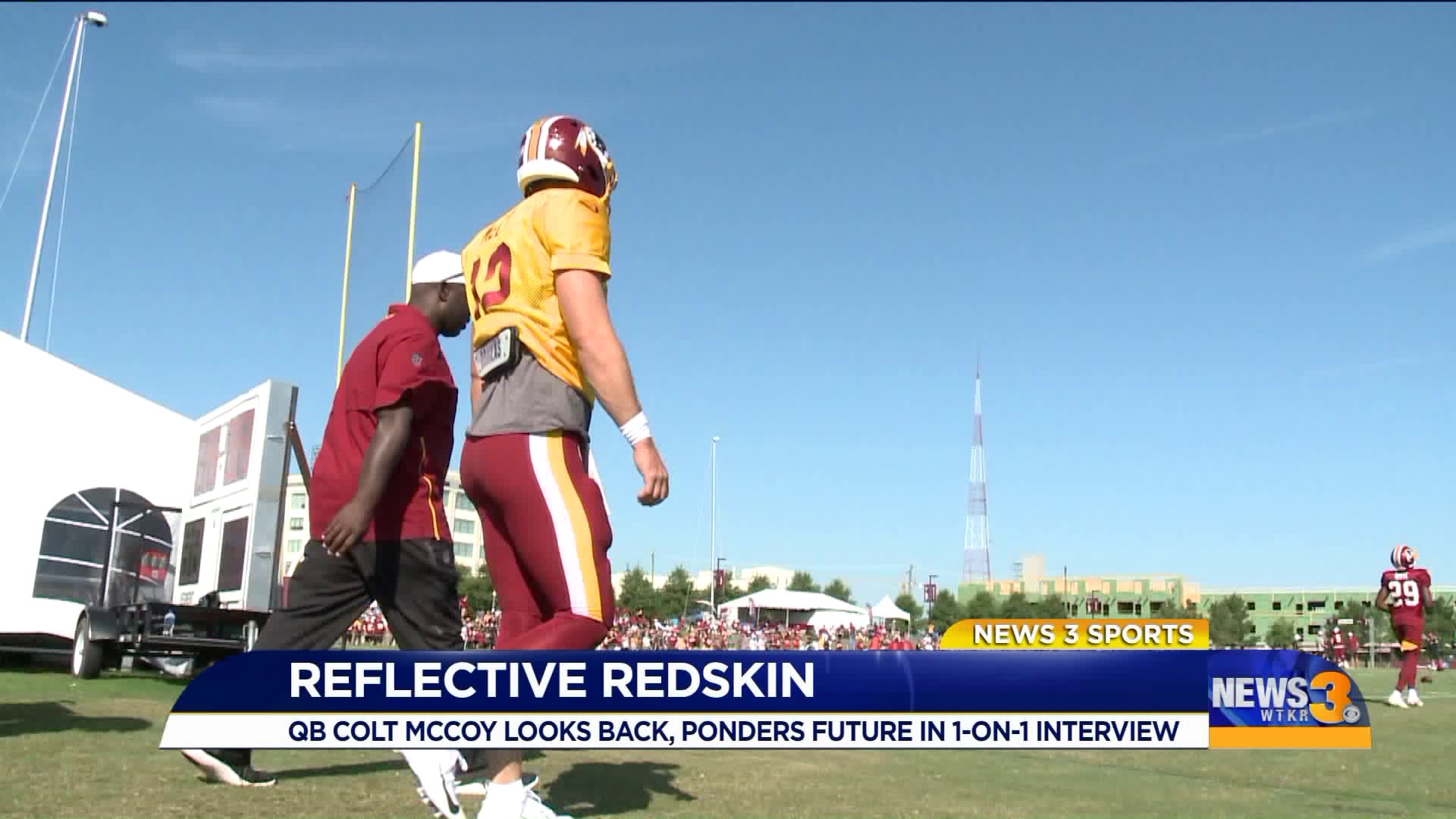 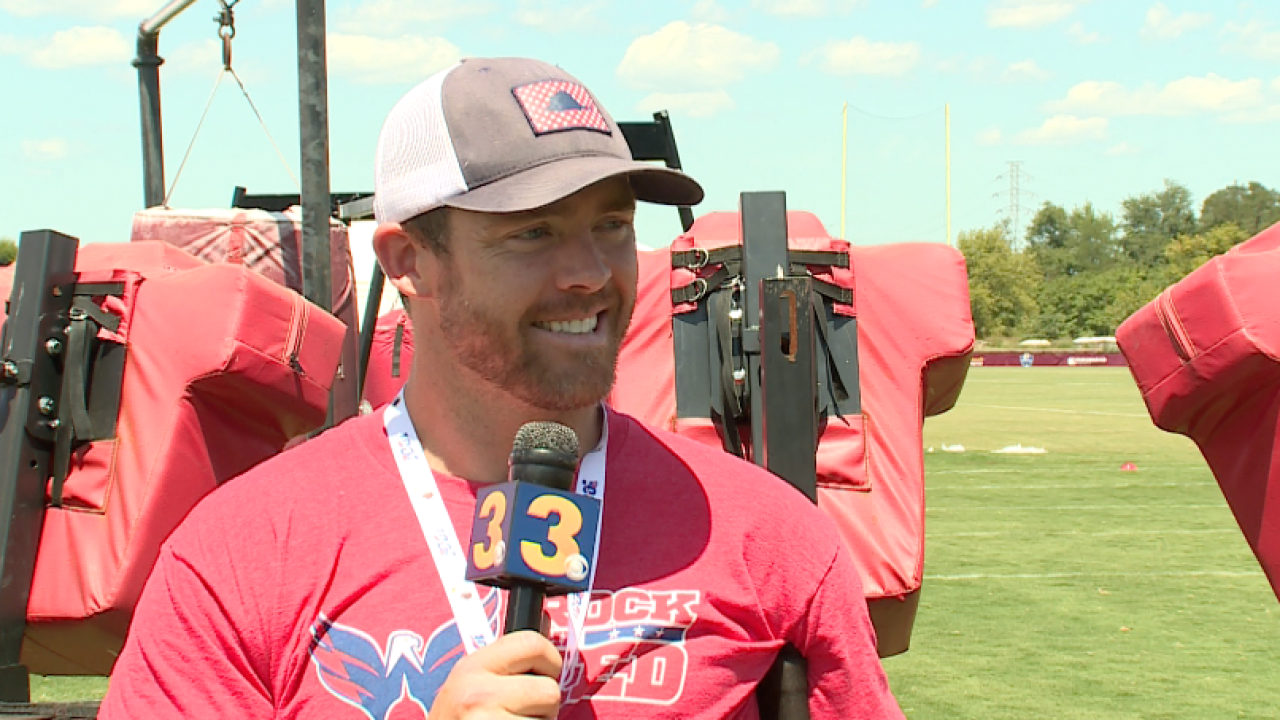 2019 'Skins camp is not the first time News 3 Sports Director Adam Winkler has covered quarterback Colt McCoy during camp. Back in 2010, during his rookie season, Wink, while working in Austin, Texas, traveled to Berea, Ohio to report on Colt at Cleveland Browns training camp.

Nine years later, Wink begins his 1-on-1 interview with McCoy by asking him what he would go back and tell that baby-faced, 23 year-old rookie QB.

The two also address his health, how he's mentoring rookie QB Dwayne Haskins and how badly he wants to be the 'Skins starting quarterback for the team's season opener.