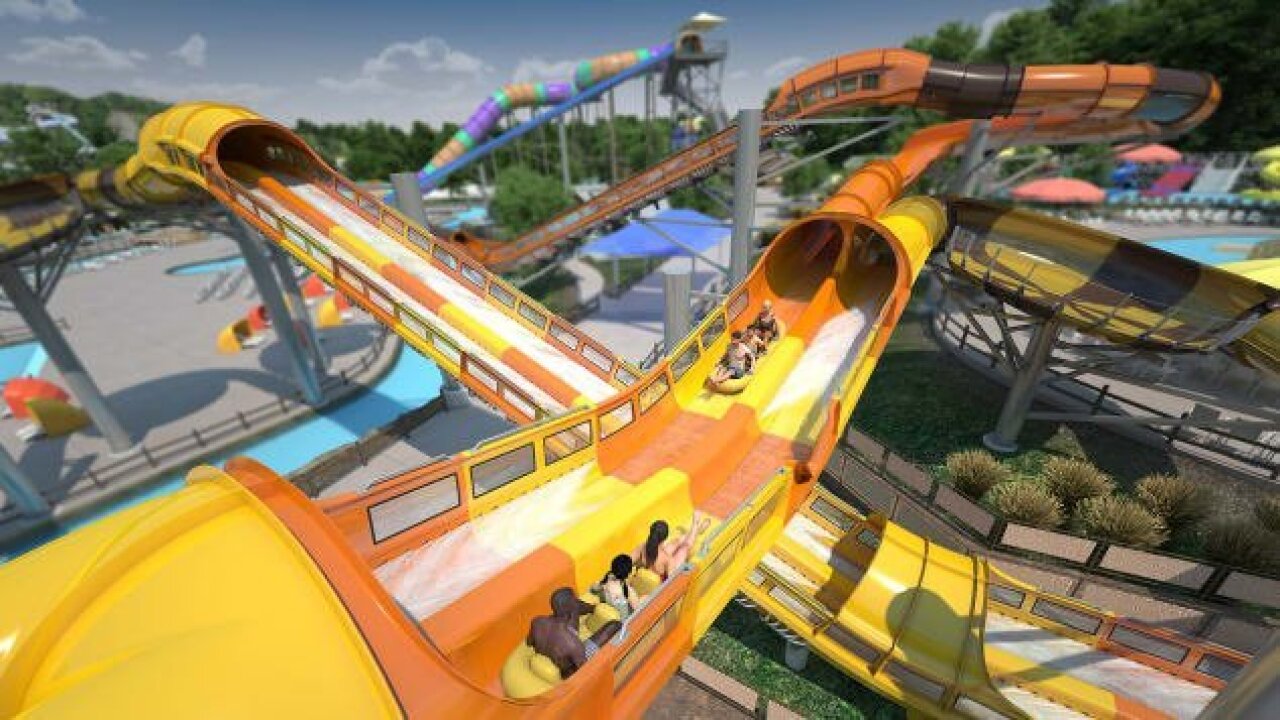 With the Cheetah Chase’s design, you’ll zoom by riders on the other track.

You’ve probably heard of launched roller coasters — the ones that blast you straight out of the station at incredible speeds before you ever reach a hill. You may have even been for a ride on one before, such as the new Maxx Force.

Along with the water launch, riders will enjoy odd twists and turns.

But can the same “launch” concept work for a water coaster?

In 2020, Holiday World and Splashin’ Safari theme and water park in Indiana plans to debut the Cheetah Chase, which the park says will be “world’s first launched water coaster.”

So what does that mean for a potential rider?

With Cheetah Chase, there will be no shleppin’ up a series of tall stairs on foot to reach your water raft or riding up a slow conveyor belt to the top before the thrills begin.

Instead, riders will leave the station down a very short hill — and then solely through the power of water, they’ll be launched along a flat track and then accelerated rapidly uphill. And then will people begin the downhill portion of the ride, just seconds after leaving the station.

Side by side racing

The water-powered launch isn’t the only interesting aspect to the Cheetah Chase’s design from ProSlide Technology, a Canada-based company specializing in water rides and parks.

With the Cheetah Chase’s design, you’ll zoom by riders on the other track.

The design features side-by-side tracks so that two groups can race each other on their rafts. Ray Smegal, chief commercial officer with ProSlide, details how it will work:

“This thing is really unique because you’re really going to have a true race … right from the start.”

He adds: “So, they’re going to shoot across the surface and get up to about 30 feet per second, and then climb a tall, steep hill with the water. The intensity of the race and that competition is going to really start from the beginning.”

And with the twisty design of the track, the competitors will have opportunities to see their rivals shoot by them during the course of the ride. First raft back to the station claims bragging rights.

Ride fanatics love their coaster stats. Here are a few for the Cheetah Chase from Leah Koch, director of communications at Holiday World:

— The highest uphill blast will be 27 feet.

— The boats will hold three people in toboggan-style crafts with seatbacks.