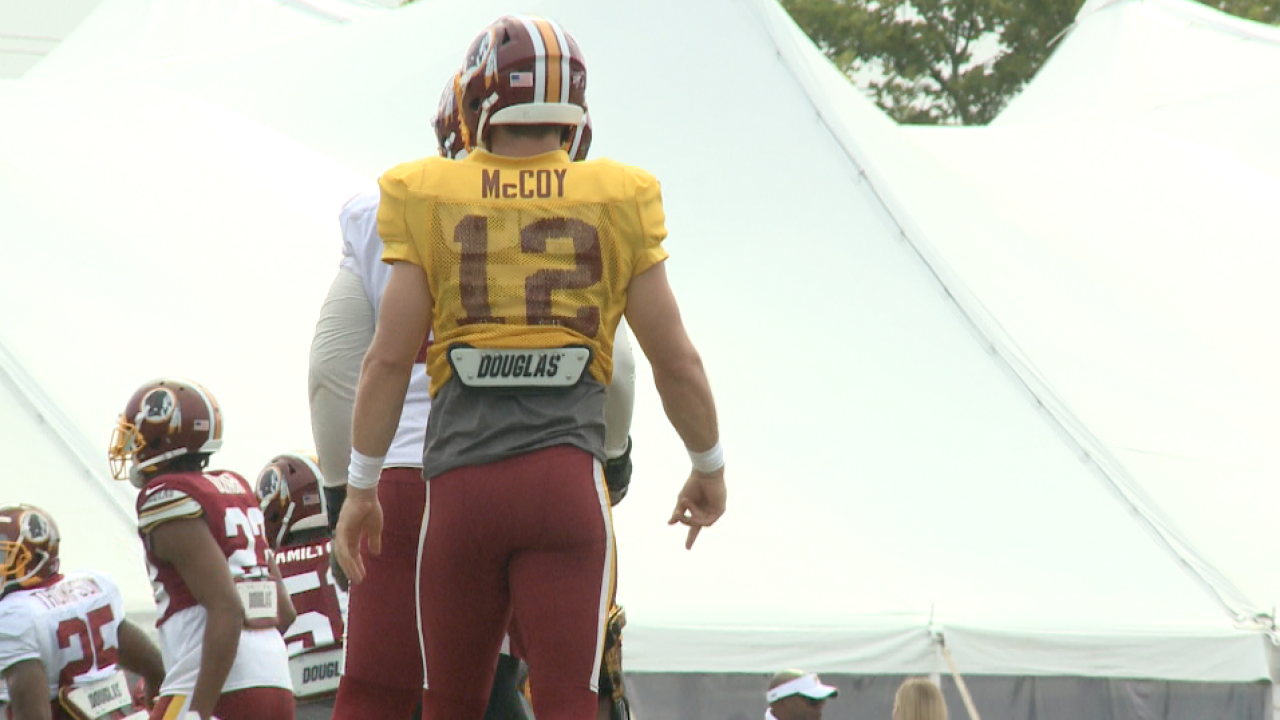 Despite being listed as the starting quarterback on this week’s Washington Redskins depth chart, Colt McCoy will not be taking any reps in Thursday’s preseason game against the Cleveland Browns.

It was originally reported by Craig Hoffman that McCoy will be sidelined because he’s still not completely healed from his leg injury.

Back in December, McCoy broke his fibula early in a game against the Philadelphia Eagles which ended up being a season-ending injury. After multiple surgeries, he didn’t take part in offseason workouts, and his first time throwing in pads since the injury happened was just ten days ago.

McCoy is currently in a quarterback competition with veteran QB Case Keenum and rookie Dwayne Haskins.

Thursday’s game in Cleveland kicks off at 7:30 p.m.