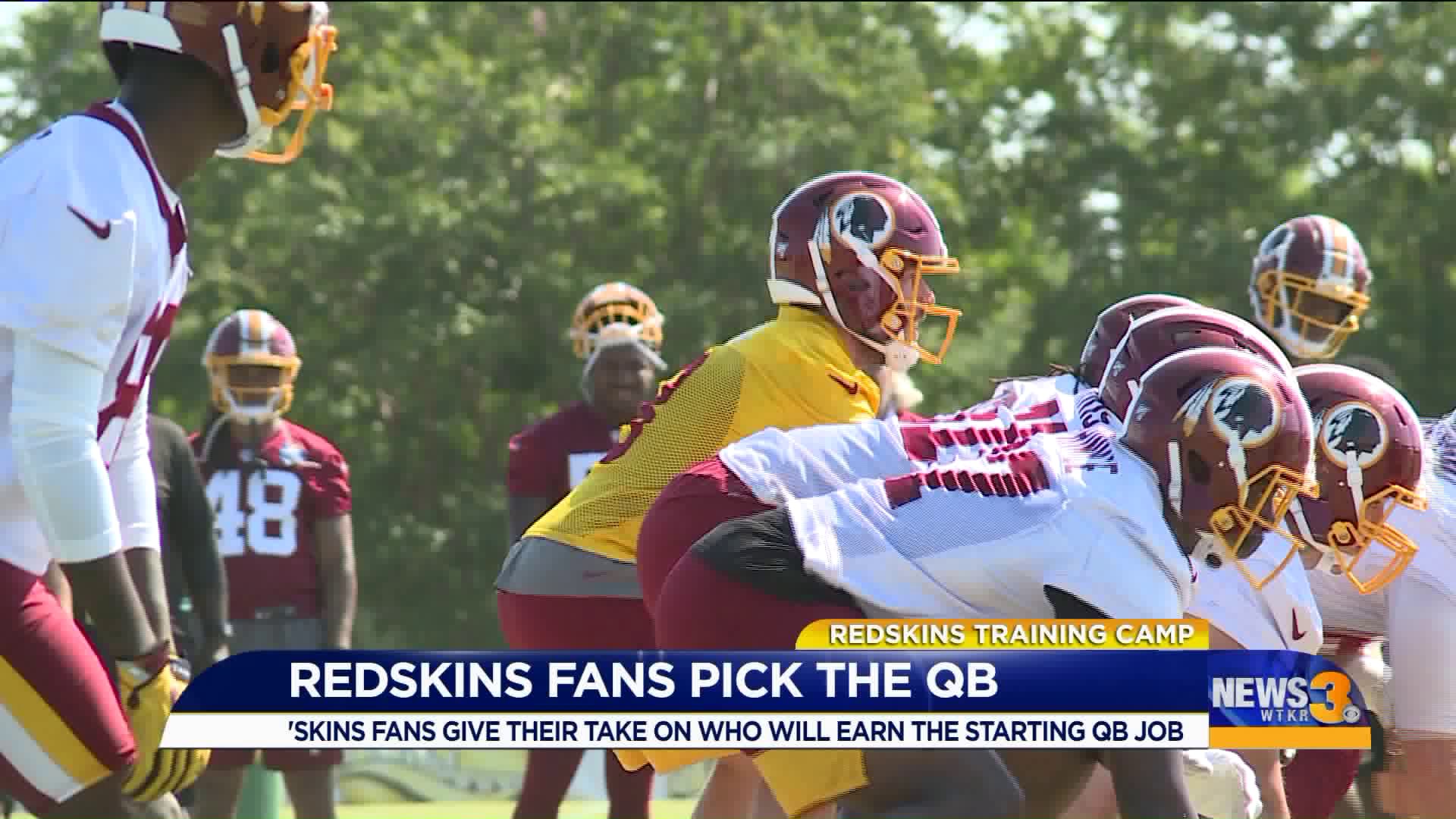 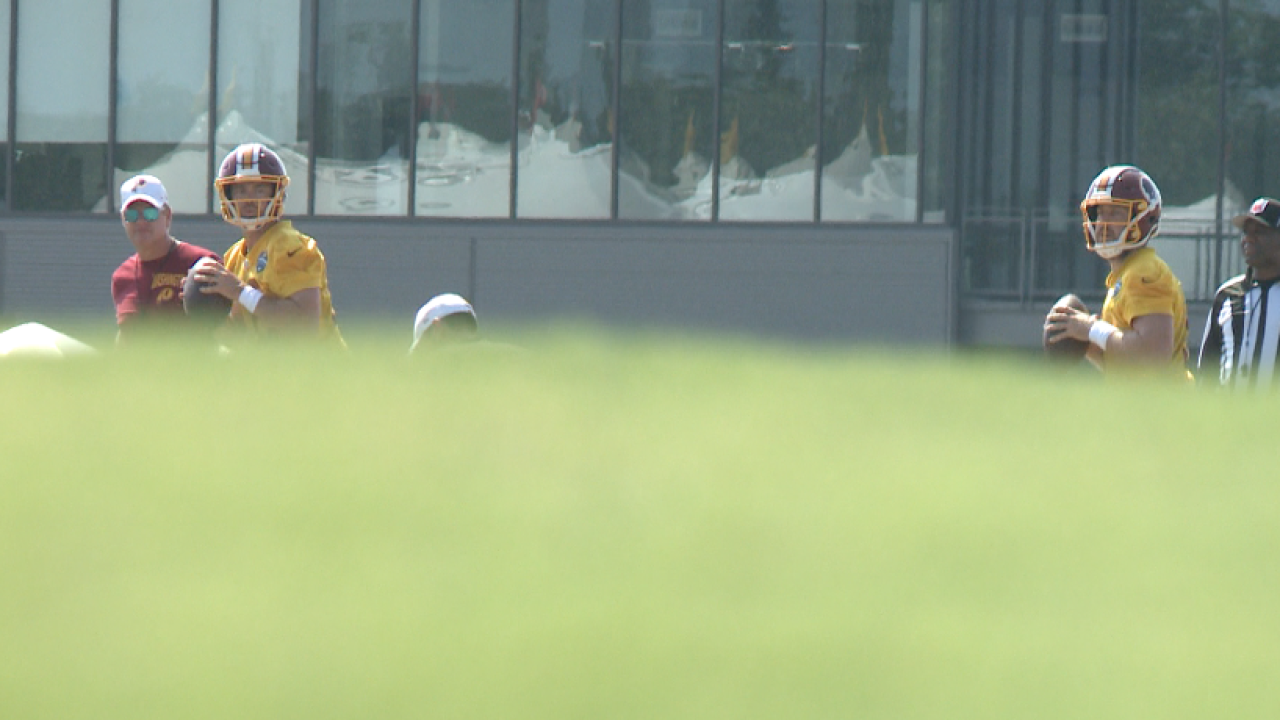 RICHMOND, Va. - Five weeks from the team's regular season opener, despite anointing veteran Colt McCoy the starter on the team's first unofficial depth chart of the season, the Redskins do not appear to be close to choosing a starting quarterback. Colt McCoy, Case Keenum and Dwayne Haskins are battling for the job.

"I’d love to make that choice today, but I don’t think that’s going to happen for a little bit of time," head coach Jay Gruden said Saturday. "These guys are all doing some good things. We just got to manage the reps and try to get it figured out sooner than [later]. But, the way these guys are all progressed and playing it’ll be tough to say, ‘Okay you’re the starter, you’re the backup, you’re number three,’ in the next couple of weeks, that’s for sure."

Since the 'Skins will take their time choosing QB1, we took some time asking Redskins fans attending Fan Appreciation Day who they want to take the first snap September 8th at Philadelphia.