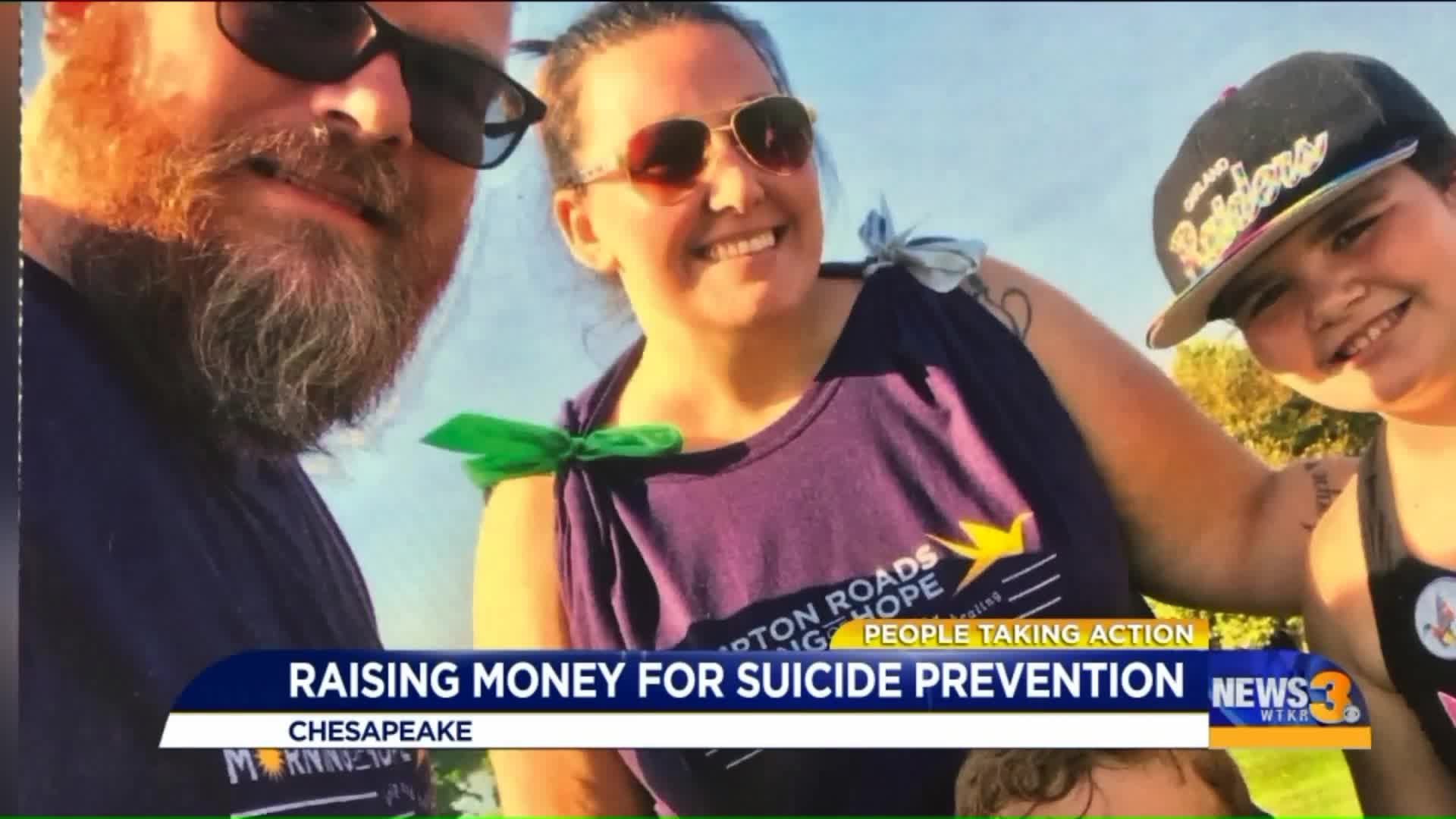 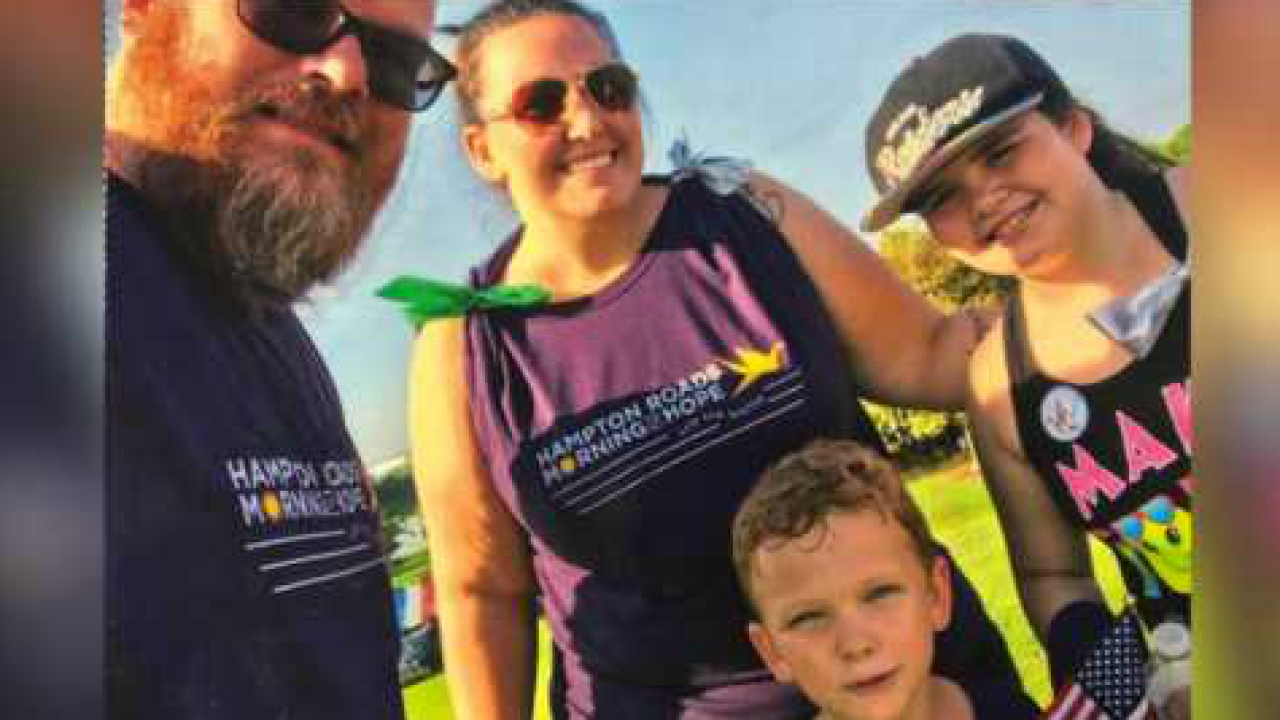 CHESAPEAKE, Va. - This coming Sunday, you can take action at Big Woody's Bar & Grill at Chesapeake Square Mall to raise money and help save lives.

Nichole Klewer, one of the organizers, says the fundraiser directly supports the Morning of Hope Walk and that all the money raised there goes directly to the Hampton Roads Survivors of Suicide Support Group.

Sadly, Nichole has a personal connection.

"My stepbrother Joseph committed suicide, and that is the first time I've ever known anyone to commit suicide."

It doesn't stop there - 11 years ago, her husband Brandon tried to take his life.

"We had never spoken about his depression; I didn't know it was an issue. It just wasn't talked about."

She vividly remembers that painful day.

"I got a phone call - I was at work; I got a phone that said, 'Brandon's in the hospital and he might not make it,' and my world just stopped."

Nichole is so grateful his attempt was not successful. He eventually decided to go public with his mental health issues.

"It was really something that he struggled with, that he could... his purpose was to get the word out and to help prevent further tragedies about it," Nichole explained. "So, I think having that empowerment and knowing it's for a better cause is what really helped him."

Related: New Virginia Beach gym rocking it out for the community

This is the third time that Nichole and Brandon have held their event at Big Woody's. There's going to be a silent auction, cornhole tournament, door prizes along with four local bands performing - all raising money with the hopes of raising awareness about depression and suicide prevention.

Bruce Vanderwarker, the owner of Big Woody's, says it's important to be involved in this effort.

"I think there are a lot of people in the world for that matter, that are going through tough times and needing help in one way or the other and if we can be involved in something like that and make a difference, it's great for the community."

Nichole and Brandon are the recipients of a News 3 People Taking Action award, plus a $300 Visa gift card from our community partner, Southern Bank. Brandon couldn't make the presentation due to work, but Nichole was there and very grateful.

"Thank you so much - that's really awesome; that means a lot! We don't really want recognition or anything like that, but it does feel nice to be appreciated. I just hope that it helps other people know that it's okay. If you're suffering from depression - you have those thoughts of suicide - you are not the only person."

Their event, called Music Moves Us, is this Sunday at the Big Woody's at Chesapeake Square Mall and goes from 12-5 p.m.